South Africa Is the Only Country Where Cheetah Numbers Are Increasing 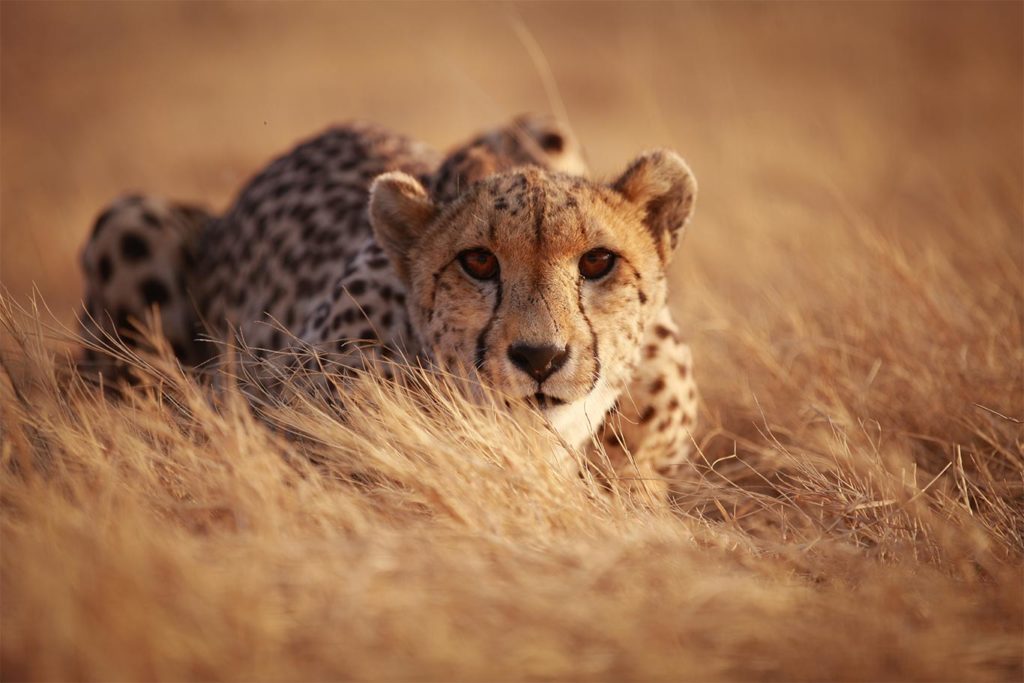 The graceful, shy and highly vulnerable cheetah has been vanishing from its native African savannah grounds at the speed of light. At least, that’s until the Cheetah Metapopulation Project stepped in. Africa’s cheetah population – like so much of the world’s precious wildlife – has been all but annihilated, and it is now listed as […]

Koalas Could Be Extinct by 2050: Why This Loveable Species Is Gripped by Emergency 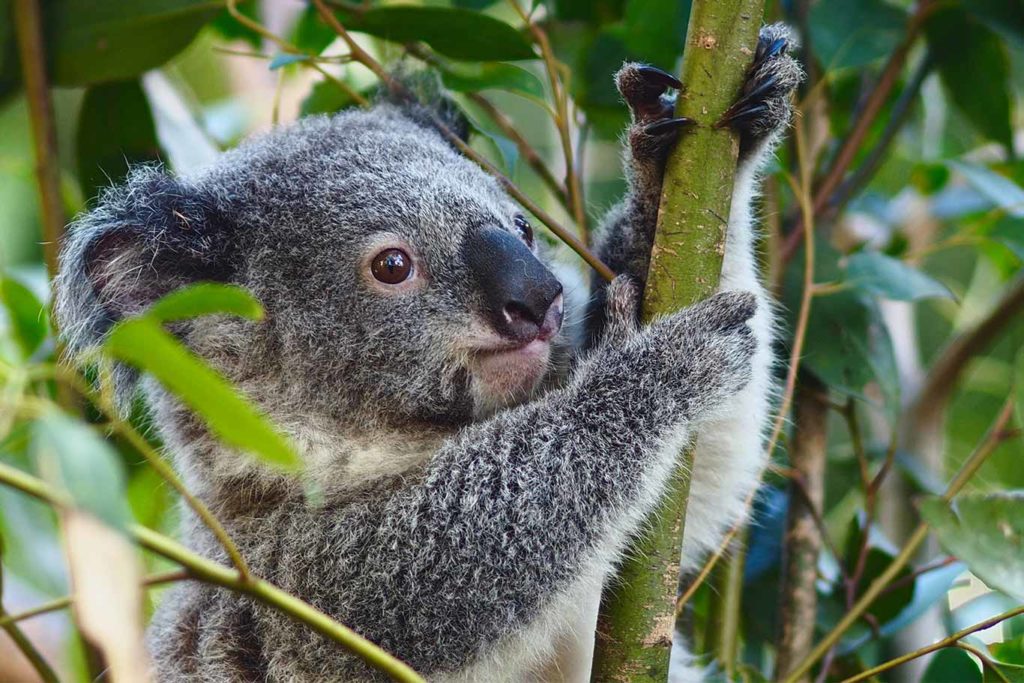 Koalas may not be around much longer. Ravaged by habitat loss, disease, and climatic change, koalas are on a slippery slope to extinction in the Australian state of New South Wales (NSW). If urgent action isn’t taken, this iconic species and national treasure could be extinct by 2050. A new report by the parliamentary committee […] 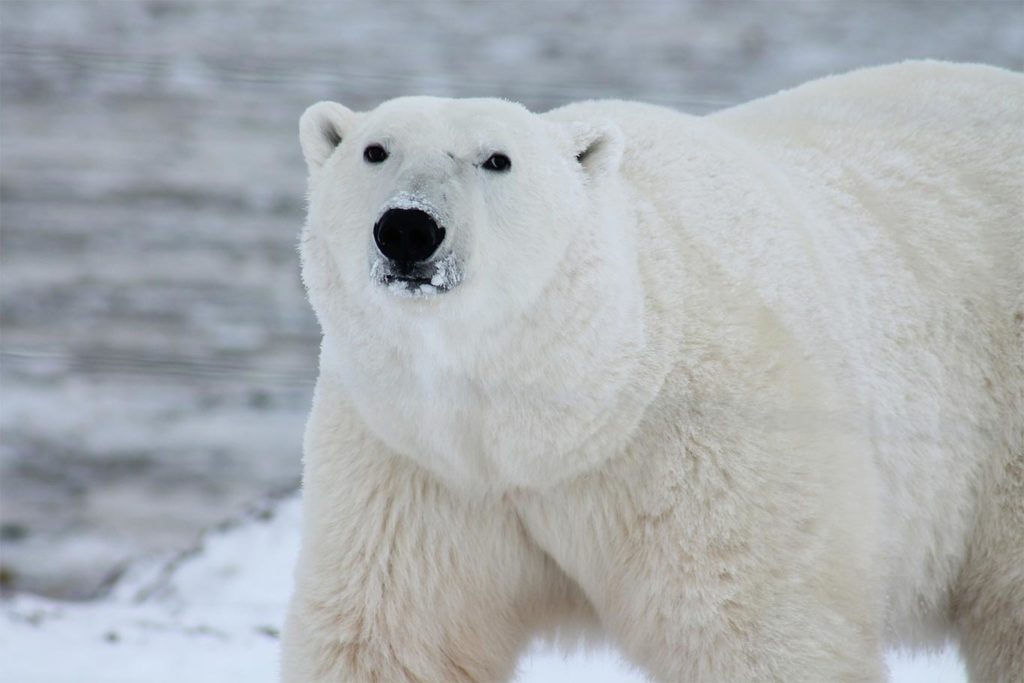 Animal populations are disappearing in front of our eyes. Almost 21,000 populations of mammals, fish, birds, reptiles, and amphibians are under massive threat. Our actions are decimating our precious wildlife at such an extraordinary and disturbing rate that a staggering 4,400 species around the globe have declined. Every two years, the World Wildlife Fund (WWF) […] 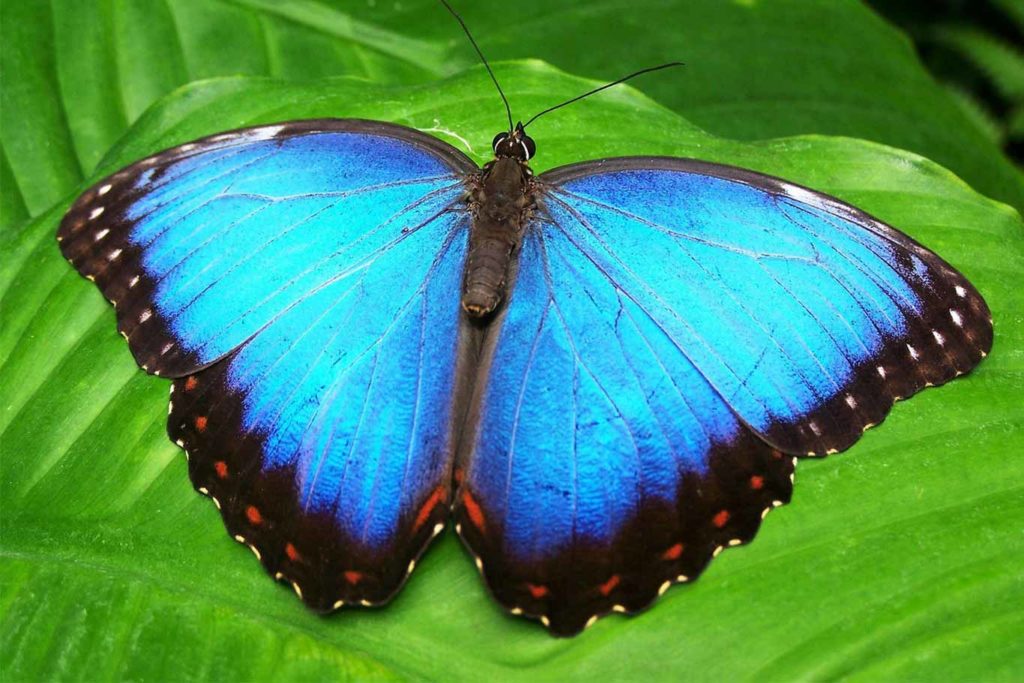 Where have all our butterflies gone? A record low number of butterflies in Britain illustrates the dangerous state of wildlife in the United Kingdom (UK). Scientists are baffled over the figures tallied at the Annual Big Butterfly Count that took place in July and August. Each year, communities gather to count butterflies in parks, gardens, […] 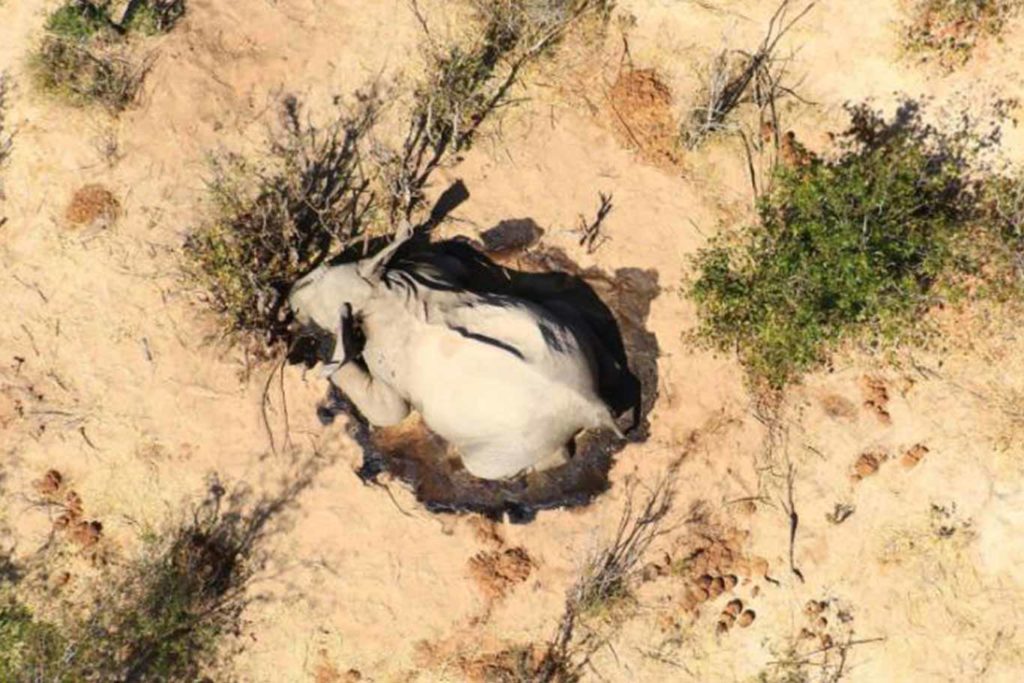 Botswana says it may have solved the mystery behind the mass elephant die-off, but experts have warned there is more to this story than meets the eye. The Botswana Wildlife Department recently announced that they had made a breakthrough in the investigation into the deaths of 350 elephants in the Okavango delta that died suddenly […]

A brutal combination of war, poverty, and corruption is shattering wildlife populations across Burkina Faso. Natural reserves, home to some of the most iconic animals on earth, have become a battle zone ravaged by militants, armed rebels, drug cartels, and poachers. The situation is dire. Civil unrest has made it difficult for environmentalists to protect […] 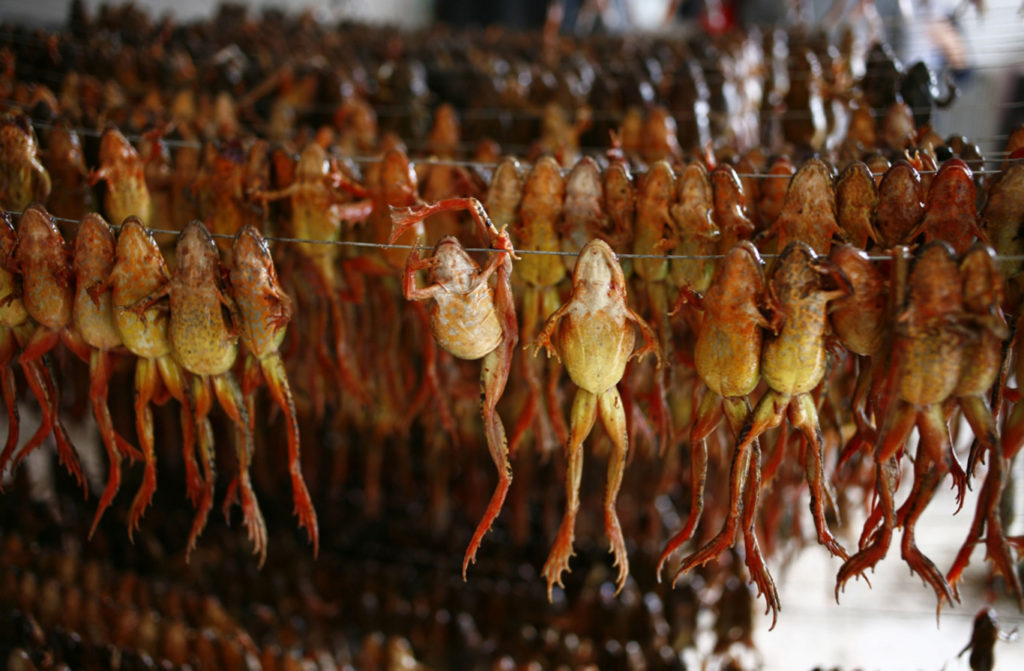 Imagine being forced from your home and taken to a place of torture. Imagine your arms and legs hacked off while you are still alive. Imagine watching the same fate happen to your friends and family. Imagine being left for hours to suffer, while your killer laughs with no remorse. For frogs, this horror is […]

Botswana Elephants Drop Like Flies in a Mysterious Mass Die-Off, Yet Government Drags Its Heels 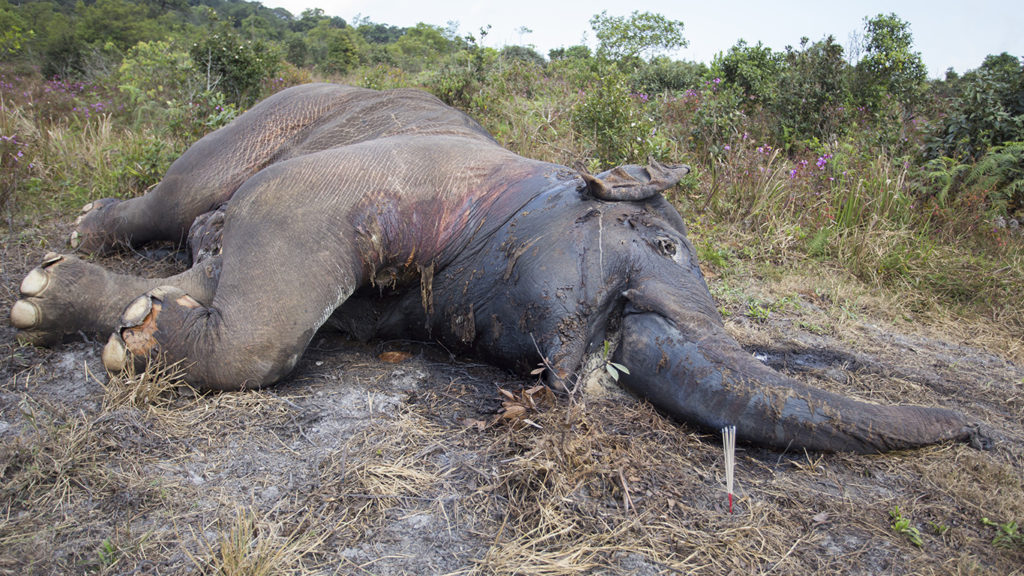 Heart-breaking visuals of elephant carcasses strewn across Botswana call for urgent answers. Why is it taking the Botswana Department of Wildlife and National Parks and government veterinary service so long to establish what is behind the mysterious mass die-off of one of the world’s most majestic mammals? Since May 2020, over 350 elephants (and counting) […] 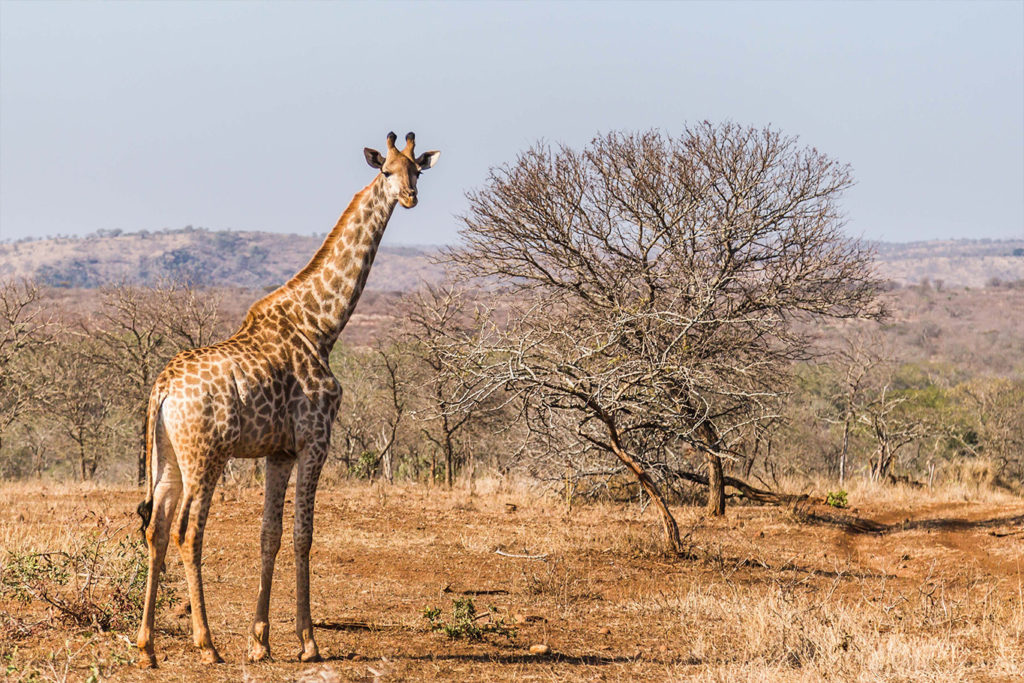 Amid a global pandemic, when the dangers of eating wildlife have never been more apparent, South Africa plans to declare an outrageous legislation that requires urgent intervention. Wildlife will no longer be treated as living beings, only commodities valued for nothing but livestock and meat. This is according to a shocking revision to the Meat […]

Conservation organizations protecting critically endangered species face closure worldwide. This follows the collapse of the tourist industry with lockdowns in place globally to control the spread of COVID-19. Many organizations who work to protect threatened ecosystems and species depend on revenues from ecotourism to fund their conservation activities. Most of them work in resource-rich countries […]

Last of the Mhorr Gazelles Dies in Tunisia, Another Species Extinct

The last of the Mhorr gazelles has died, and the species has been snuffed from life in the wild and declared extinct in Tunisia. The Tunisia Wildlife Conservation Society (TWCS) reported that the gazelle, which lived in the Bou-Hedma National Park in Tunisia, died of natural causes. The Mhorr or Dama gazelle, once common in […] 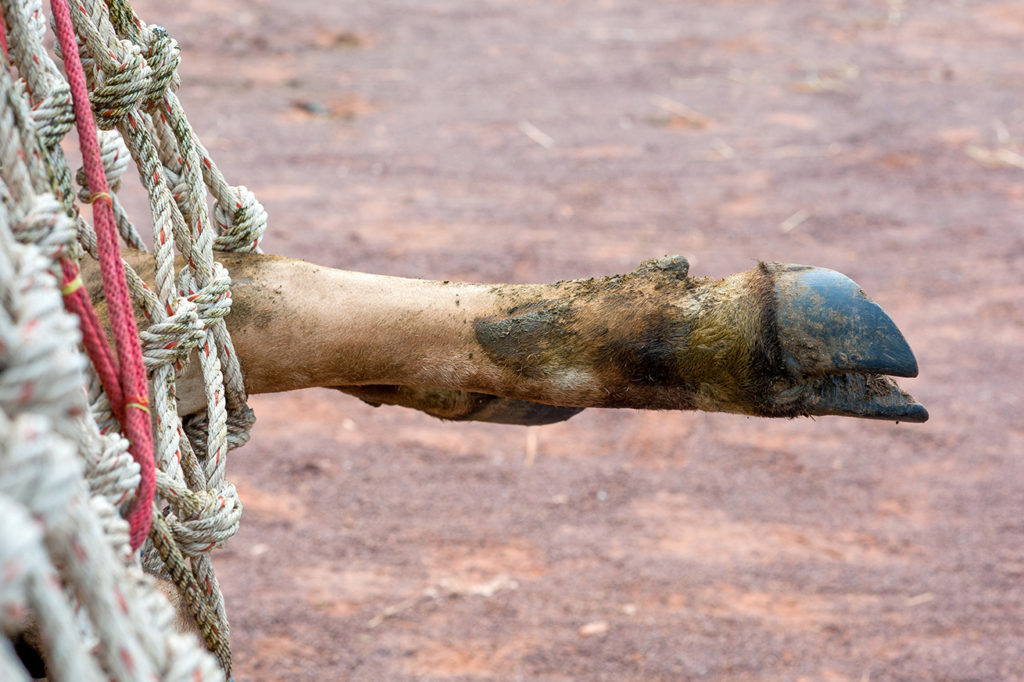 Chimpanzees, Orangutans and Gorillas in Great Danger of COVID-19

Sensible steps have been taken to isolate the animals, but the coronavirus could be devastating to them.

Botswana Election Result Is a Huge Setback for Wildlife Conservation

Encouraging people to kill elephants sends the wrong message to poachers – a message that says Botswana is a place that doesn’t care about elephants. 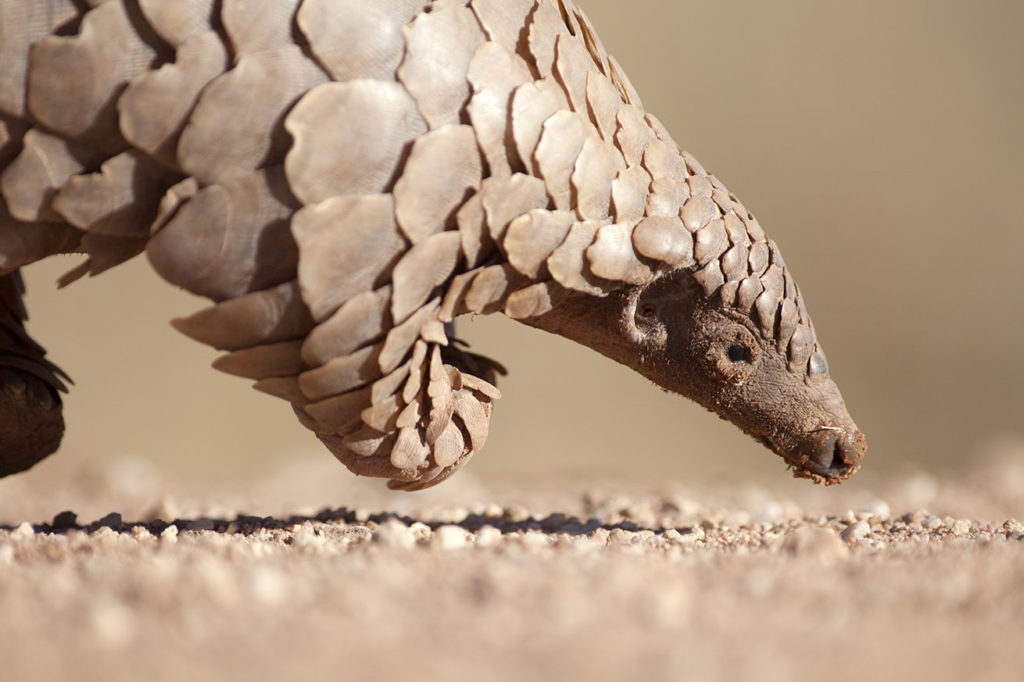 Pangolins are under threat. Their extinction is imminent and once again it’s all thanks to mankind. More than one million pangolins have been poached or trafficked in the last decade alone and this lucrative business is thriving. In some parts of the world pangolins are beaten and suffocated with smoke, then boiled alive. Some restaurants […]

We call upon all our supporters to support ASI in expressing strong opposition to trophy hunting, at a time when elephant numbers are plummeting.

Chimpanzees: We Are Betraying These Kindred Spirits

By pushing these beautiful beings to extinction we are shutting the door on discovering our own evolutionary history.

In the final analysis, the southern African countries represented at the Kasane Conference appear intent on moving against science and cogent argument.

There might be about one or two pregnant mares still, but that is about it.

Many of these babies will still be breast feeding. Scientists say they will never fully recover from the trauma.

Some Giraffe Subspecies Are at Risk of Extinction

Two out of nine subspecies of giraffe are listed by IUCN as critically endangered, while others are considered endangered, vulnerable and near threatened.

Although rhinos were once widespread throughout Africa, only about 5,000 black rhinos remain.

How Many Hippos Are Too Many?

Once human settlements get established in the former (hippo) range, it would not be politically feasible to later evacuate people for the sake of reclaiming hippo habitat.

As a result of decades of poaching for rhino horn, numbers of rhinos have plummeted across Africa. There are only about 5 000 black rhinos left in Africa and about 745 live in Kenya.

Perhaps the most moving moment of the experience came when the elephants were released. Without hesitation they walked out of the elephant carriers and headed off into the wild, without a backward glance.

The helicopters have arrived, the game capture team is in position. So far so good!

“It is a proud moment for NFA,” said David Barritt, NFA’s campaign director.

Rhino poaching is driven by demand for rhino horn, primarily from Vietnam and other parts of Asia where it is used as a traditional medicine.

When wildlife becomes a commodity as it has done in South Africa, the welfare of animals becomes secondary.

Hunters Should Stop Using Lead Bullets and Help Save the Vultures

Concern over the threat to scavenging raptors is increasing. Recent research has shown that lead poisoning can have negative effects even if it doesn’t kill the birds. 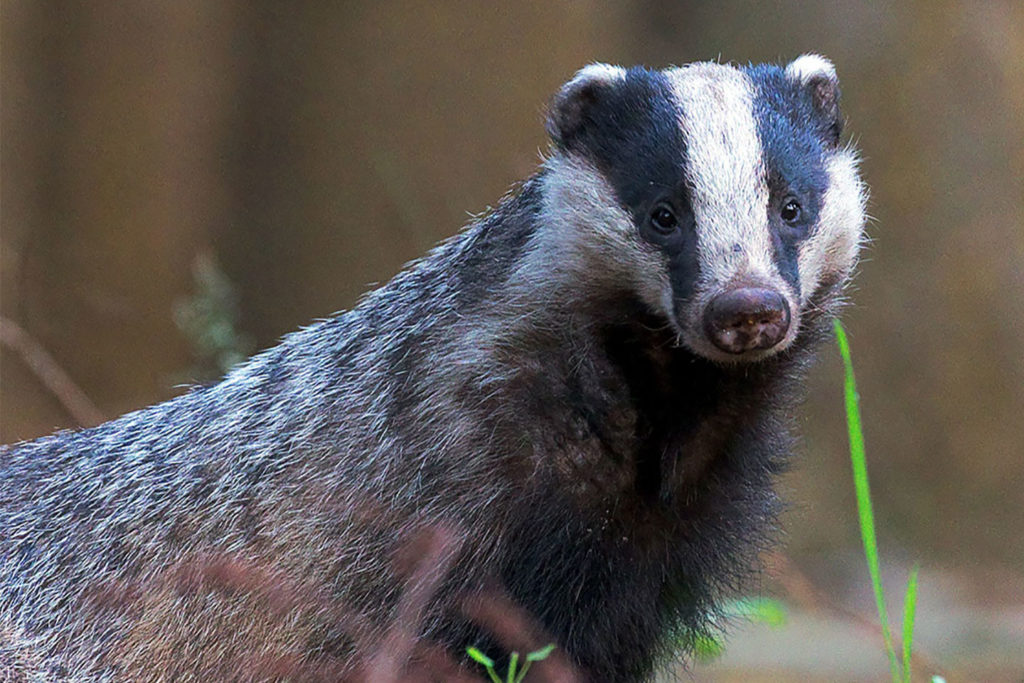 In spite of a lack of convincing evidence that its policies are helping to eradicate a strain of tuberculosis that strikes cattle, the UK’s Department for Environment, Food and Rural Affairs (DEFRA) announced in September that it would allocate an additional 11 licenses to kill badgers in parts of Devon, Wiltshire, Somerset, Dorset and Cheshire. […]