Sweden to Build Reindeer Bridges in Bid to Protect Its Wildlife 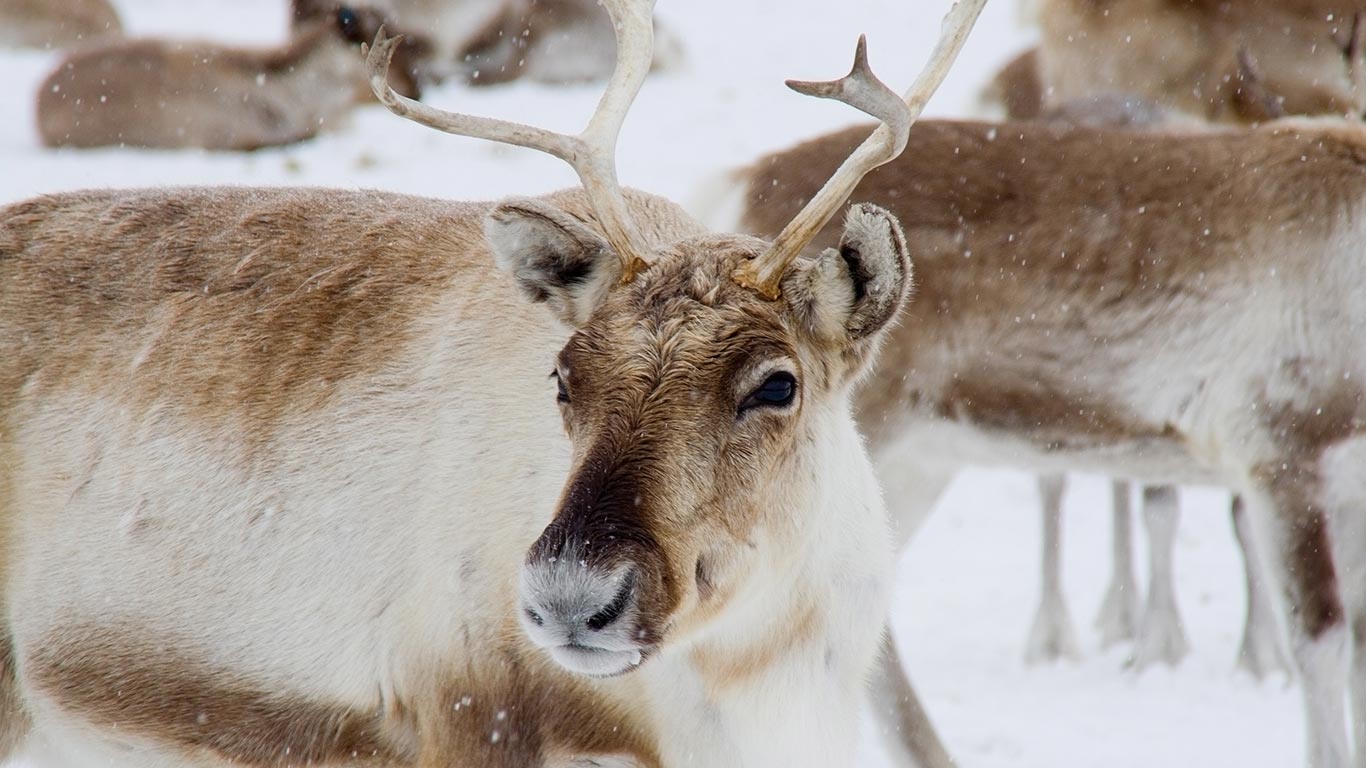 As part of a global effort to protect wildlife from busy transport routes, Sweden has pledged to safeguard its reindeer herds by building a series of animal bridges to help the animals safely cross its highways.

The “renoducts” (reindeer viaducts) add to a growing number of wildlife crossings and corridors around the world in efforts to reconnect fractured habitats vital for healthy ecosystems.

Every April, thousands of reindeer in Sweden head west to the mountains after a winter of feeding on lichen near the city of Umeå. The lichen forms an important part of the reindeers’ diet in the cold months, before they head to higher grazing lands in summer. With global warming taking its toll, this annual migration is becoming increasingly critical to the reindeers’ survival as they must search even further afield for available food.

But to get there, both the reindeer and their Sami herders must cross some of Sweden’s busiest highways, wreaking havoc on the roads and bringing traffic to a standstill. With Sweden’s main highway, the E4, becoming busier, reindeer crossings are becoming increasingly problematic for the animals and road-users with each migration season.

As a result, Swedish authorities have announced a plan to build up to a dozen renoducts, in an attempt to help both reindeer and motorists.

According to Swedish ecologists, the crossings will not only assist the reindeer, but will also help moose, lynx and other wildlife traverse the landscape unhindered.

“We applaud Sweden for this important decision to help protect its reindeer populations. Not only will these animal crossings have a positive effect on the country’s biodiversity, but it’s a vital step for animal welfare,” says Adrienne West of the Animal Survival International (formerly Political Animal Lobby).

For long-ranging mammals, such as reindeer, mountain lions and grizzly bears, animal crossings are essential and play a vital role in maintaining genetic diversity.

Globally, countries are beginning to value the significance of wildlife bridges and underpasses to help reconnect fractured habitats. This new awareness and development of infrastructure has helped avert the deaths of potentially billions of animals.

In one of the most successful uses of wildlife bridges in Banff National Park, Canada, seven overpasses and 41 underpasses were built where the Trans-Canada Highway bisected the Park. The result was a noticeable improvement in black and grizzly bear populations and a drastic drop in roadkill and human mortality from animal collisions.

On Christmas Island, millions of red crabs make safe passage from the forest to the beach on their annual migration using the innovative crab bridges built over busy coastal roads.