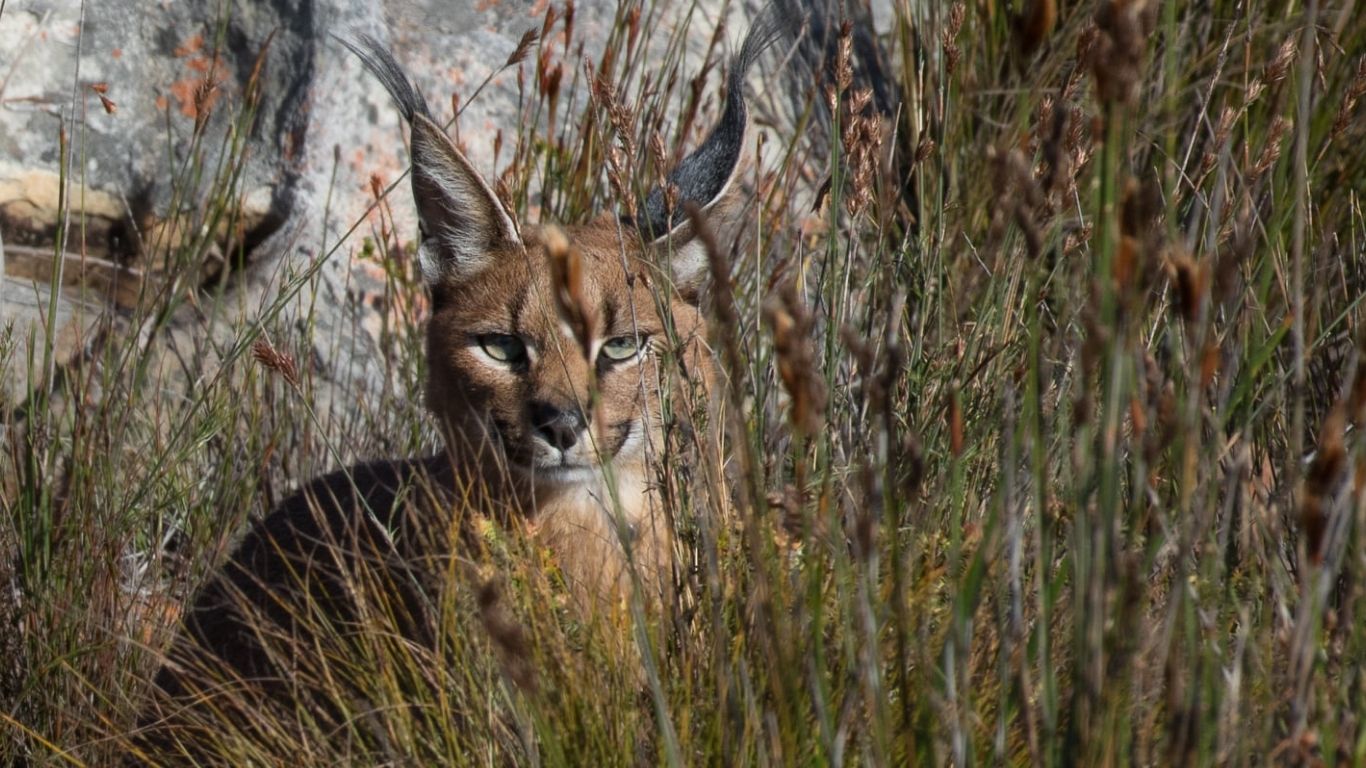 An injured, and terribly thin caracal was spotted limping through the ashes of the burned mountainside. Immediately springing into action, the Urban Caracal Project (UCP) managed to steer the poor creature to an area abundant in small prey, where they hope he will be able to fend for himself until his wounds heal.

No one knows the exact effect the fire has had on Table Mountain’s caracal population. There may be many more suffering from injury and hunger. Our work to save the caracal is not yet done. Victims to urban encroachment, road accidents and poisoning, only 50 or 60 caracals are left clinging to life in the last wild areas of Cape Town.

We recently asked our supporters to help us raise funds to support the UCP whose research facilities at the University of Cape Town came dangerously close to complete destruction. Fortunately, important caracal samples and datasheets, critical in helping save the animals, survived - this is very good news for caracals.