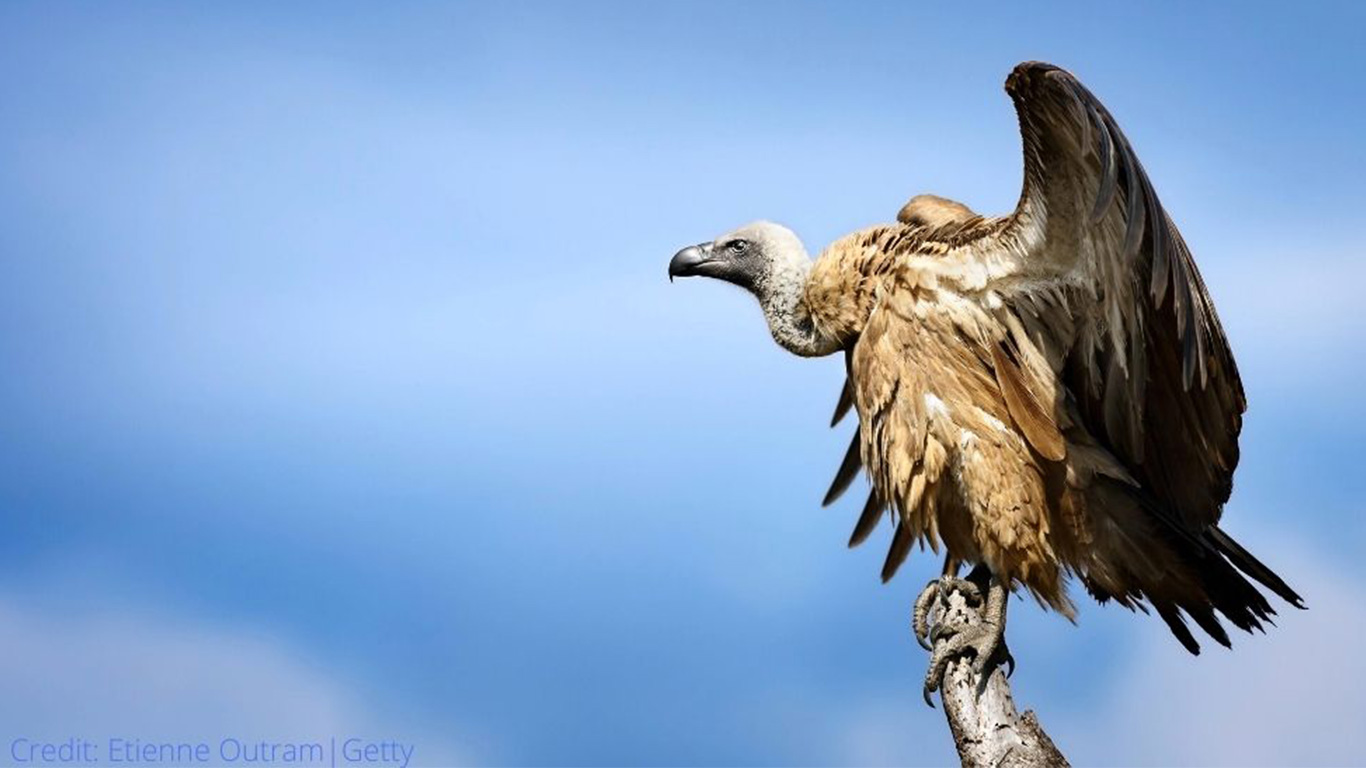 Across Africa, Asia and Europe, vultures are in peril – which is bad news, not only for vultures, but for entire ecosystems on which both man and beast depend. Without vultures we will no longer have the vital clean up services these scavengers provide.

Vultures play a critical role in protecting humans and animals from the global risk of disease transmission. Without vultures, carcasses, including livestock, will remain exposed and undecomposed creating a breeding ground for diseases.

But with a vast range of habitats, vultures are exposed to a myriad of threats. In Europe and Asia, they are severely affected by the use of the veterinary drug, diclofenac, given to cattle, yet fatal to vultures feeding on their carcasses. In Africa, numbers have plummeted as the birds are frequently the accidental victims to poisons used to bait other wildlife. Rhino and elephant poachers also deliberately target vultures with poison to reduce the chances of alerting law enforcers.

Habitat degradation, limited food availability, as well as collisions and electrocution with energy infrastructure are also major factors threatening the existence of vultures. In the KwaZulu-Natal region of South Africa, vultures are killed for their body parts to be used in traditional medicines.

“We recognise the importance of preserving vulture populations across the globe, which is why we’ve committed to raising awareness to these majestic birds and mounting a campaign later this year to raise funds critical to vulture conservation efforts,” says Adrienne West of Animal Survival International.

If effective action to preserve remaining vulture populations is not taken now, 14 of the world’s 23 vulture species could become extinct in our lifetimes.