Serial Killers and Trophy Hunters: When the Power To Cause Pain Is the Only Power That Matters 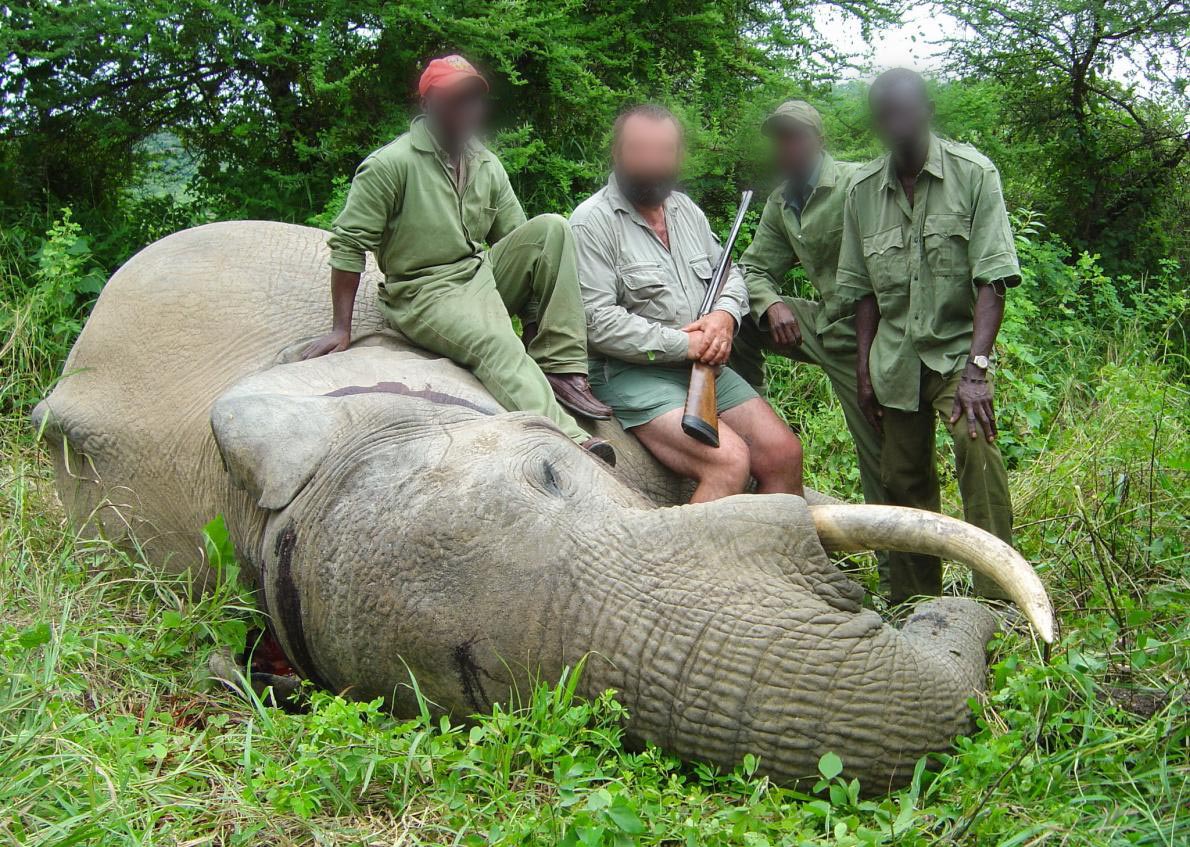 What kind of person enjoys taking another living being’s life – and doing it over and over again? Serial killing and trophy hunting are terrifyingly similar, as an environmental activist and author Eduardo Goncalves, points out in his new book, Trophy Hunters Exposed.

When police raided the home of notorious serial killer Ed Gein he had racked up an array of human body parts kept as trophies, including a wastebasket and chairs made of skin, bowls created from skulls, masks created from human faces, numerous organs in a box, and more. Gein’s crimes were so hideous and gruesome that seasoned authorities, who had worked many murder cases before, reported having suffered from anxiety, panic attacks, and nightmares after seeing Gein’s human trophies.

Step into the life of an avid hunter – one who stalks and butchers animals for ego-gratification and fun – and you’ll find a very fine line between Gein’s repulsive world, and theirs.

Both serial killers and hunters are compelled to keep souvenirs from their victims. The killing is addictive and one victim is never enough to quench a thirst for violence. They seek fame, attention, and notoriety. The kills are premeditated, and with every drop of blood comes a surge of adrenalin, power, and dominance. Stalking the victim gives a feeling of excitement. Killing becomes a compulsion. Many document their kills via photos and/or videos to gratify themselves later. 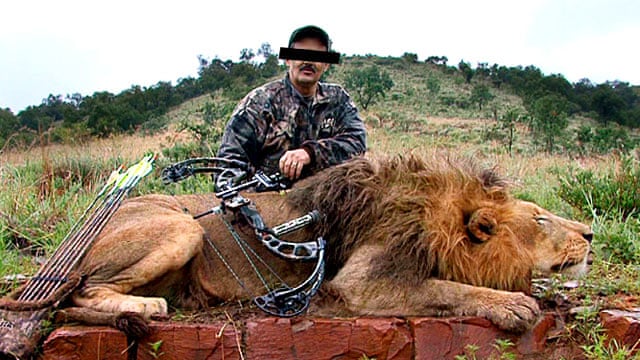 Now a book penned by Eduardo Goncalves has revealed what Animal Survival International (formerly Political Animal Lobby) already knows. The so-called sport of hunting and killing sentient creatures for fun and prestige is nothing less than murder.

Trophy Hunters Exposed uncovers how trophy hunters have gunned down 1.7 million wild animals in the past decade. Even more concerning, is that around 250 000 of them were endangered species. These hunts, supported by wealthy and powerful organizations like Safari Club International, the Dallas Safari Club, and the National Rifle Association - and egged on by countless awards and record book listings - cannot be denied. That’s because the book doesn’t just stop at accusations. It lists the names of trophy hunters, the exact tally of their kills, their cruelty, and even their Facebook boasts, all forensically detailed.

The book talks about some of the most well-known hunters and lists their kills, which run into many thousands. These include Malcolm King - a British businessman who has 125 Safari Club International (SCI) Record Book entries and dozens of awards for killing hundreds of wild animals, Charl Knight of Take Aim Safaris in Gauteng, who has taken part in over 400 hunts in every African country open to hunting, as well as Paul Roberts, a British hunter who has one of the world’s biggest collection of trophies.

Also listed are Jacques and Micheline Henrijean who have logged 240 kills in six continents, Spaniards Tony Sanches-Arino with 4 044 kills (1 317 being elephants), and Marcial Sequeira with 2 000 kills, Trump fundraiser Steven Chancellor with 428 kills and Zimbabwean Ron Thomson with 5 930 kills.

Listed also are the names of 500 hunters who have won the Safari Club International (SCI) Big 5 awards for shooting a lion, an elephant, a leopard, a rhino, and a buffalo. SCI offers around 80 different prizes to hunters who shoot the most animals, who kill them in the greatest number of places and who use ‘novel’ ways to kill them.

“Everything about hunting is despicable,” said Goncalves. “It’s the immorality of thinking that you can take the life of a living creature just because that’s how you get your kicks. How can anyone call trophy hunting a sport? A sport is when you have two consenting parties on a level playing field. The animals, in this case, don’t get a say. These people decide for themselves that they are going to kill an animal because for them that is recreation. Trophy hunting is wholesale slaughter, these people are wildlife serial killers and they have got to be stopped.”

ASI’s Nicolette Peters agreed. For decades, ASI has rallied to put an end to trophy hunting.

“This book simply highlights what we all already know. Hunting is not about killing for food, nor is it about conservation. It’s about boosting your ego, bragging on social media, flaunting your wealth, and enforcing your dominance. It’s outrageous to think that hunters justify their actions by saying that hunting helps improve conservation when they are killing some of the most critically endangered animals on earth just for kicks.”

Scientific studies have demonstrated that trophy hunting is causing the decline of species like lions and leopards and exacerbates human-wildlife conflict. Trophy hunting is a corrupt industry that does nothing for conservation except to undermine it. Most money from trophy hunting goes to businesses that arrange the hunts, not to communities or governments charged with wildlife management.

“Trophy hunters do fork out large sums of money – but where it ends up is another matter,” said BBC Wildlife columnist Mark Carwardine. “Critics argue that the hunting elite and corrupt government officials siphon off as much as 97 percent. Trophy hunts are one-off payments – you can’t kill the same animal twice – whereas a lion or rhino can earn money from traditional ecotourism for many years. To think that poachers are slaughtering about 100 elephants and three to four rhinos every day, for example, allowing trophy hunters to kill yet more seems absurd. Critics are also concerned about the mixed messages it sends local people: they can’t hunt endangered species, but rich Westerners can.”

South Africa has the largest hunting industry worldwide and it's the second most popular source of American trophy imports. The USA legally imports no fewer than 126,000 animal trophies every year, and the EU some 11 000 to 12 000 (representing 140 species, including everything from African elephants to American black bears), not counting those trophies taken in the countries themselves.