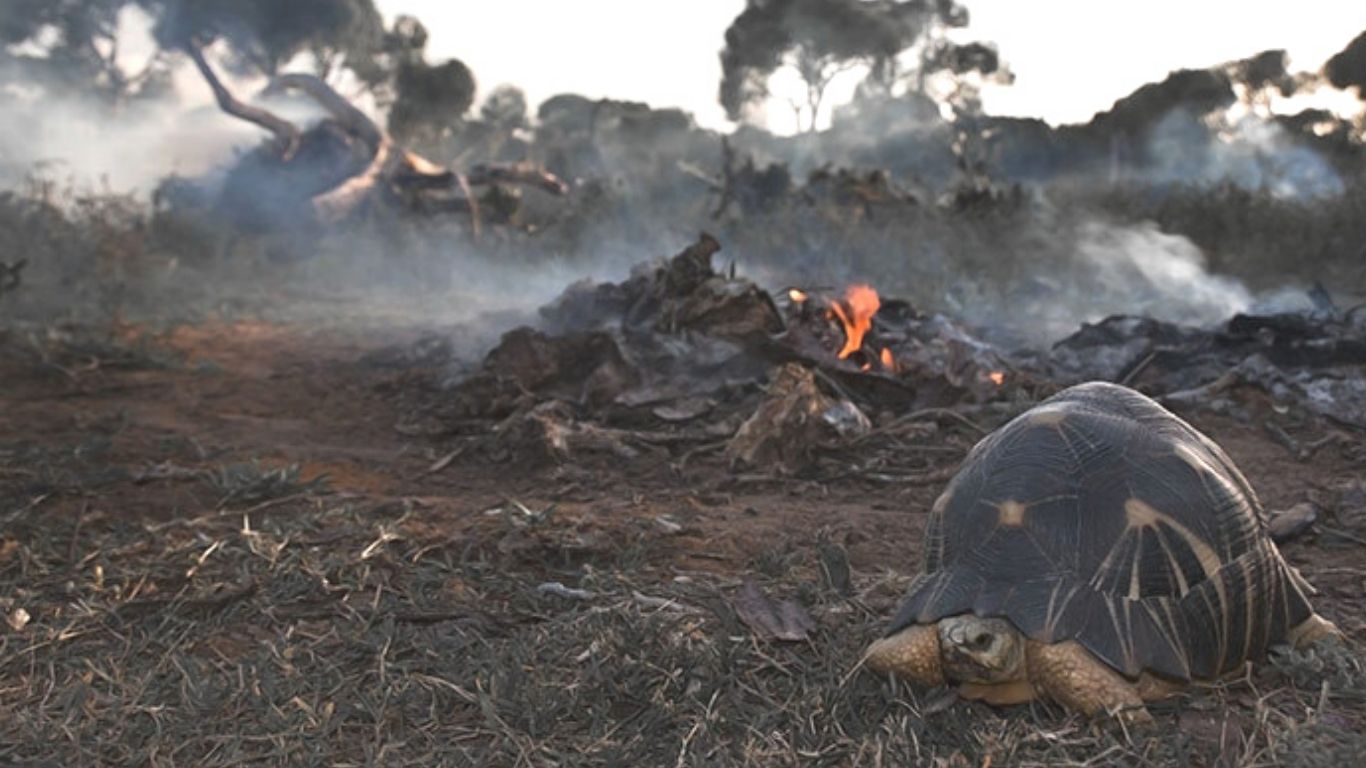 It’s been a sobering month for our species – the time of reckoning has come for planet Earth, scientists have warned. Clear evidence now shows that we face a future of extreme climate change, and only immediate and radical reductions of fossil fuel emissions will provide any hope of saving us.

Clearly, we have our work cut out for us because we know that as climate change takes hold, conflict between humans and animals over the same resources is sure to grow. In the end, it is this conflict that will be the biggest threat to animals around the world. This is why we at Animal Survival International (ASI) do the work we do – we speak for the animals.

But, again, we couldn’t help animals without our supporters. Take a look at how your donations have made a difference to animals this month.

Entire populations of wild animals in and around Zimbabwe’s Hwange National Park are under constant threat by thousands of deadly snares. Set up by impoverished and hungry locals, these cruel devices trap and strangle animals, causing severe pain, injury and ultimately death.

Our partner, the Dete Animal Rescue Trust (DART), which works around the clock to remove these snares and rescue injured wildlife, was struck with a major setback. The organization’s only two vehicles, vital for its operation, were both in dire need of costly repairs. Without these vehicles, the team has been unable to respond to emergency calls to rescue snared and injured animals. We called on our supporters to help us raise the funds needed to repair the vehicles and get DART back on the road as soon as possible so they can continue doing the vital work they do. Thanks to your swift generosity, their vehicles are now undergoing repairs and will be back in action saving animals in no time. 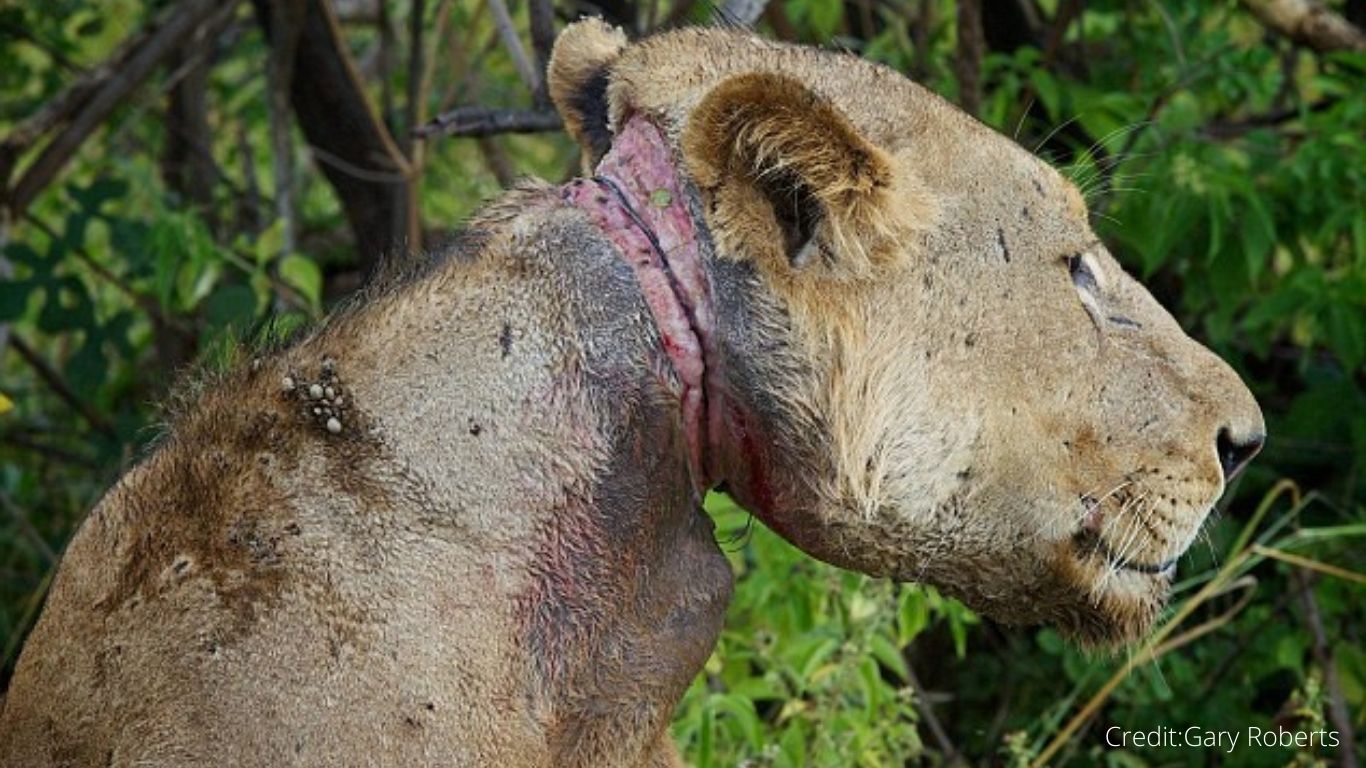 Lagos city, in Nigeria, is Africa’s epicenter for illegal wildlife trafficking. With so many animals smuggled through the city, some are lucky enough to be found and confiscated. One man, Mark Ofua, has taken it upon himself to rescue and rehabilitate whichever animals he can at Saint Mark’s Animal Hospital and Shelter.

Earlier this month, we asked you to help us raise funds for the care of five baby pangolins whose mothers were killed for bushmeat. Soon after that, another pangolin mother and her newborn were also brought to the shelter. All were rescued from the illegal wildlife markets in Lagos. But the shelter was running critically low on funds to rehabilitate so many baby pangolins who need 24-hour care to survive.

We called on our supporters and thanks to your incredible generosity, we were able to rush aid to these fragile babies and one mom. Mark is in touch with us almost daily with the progress of the babies and mom. All are now strong enough to start the exciting next stage of learning to forage for ants. The next step will be to begin release trials so that the youngsters can be rewilded in an undisclosed national park. Here, they will need to be constantly monitored with trackers and camera traps to ensure their safety from poachers. 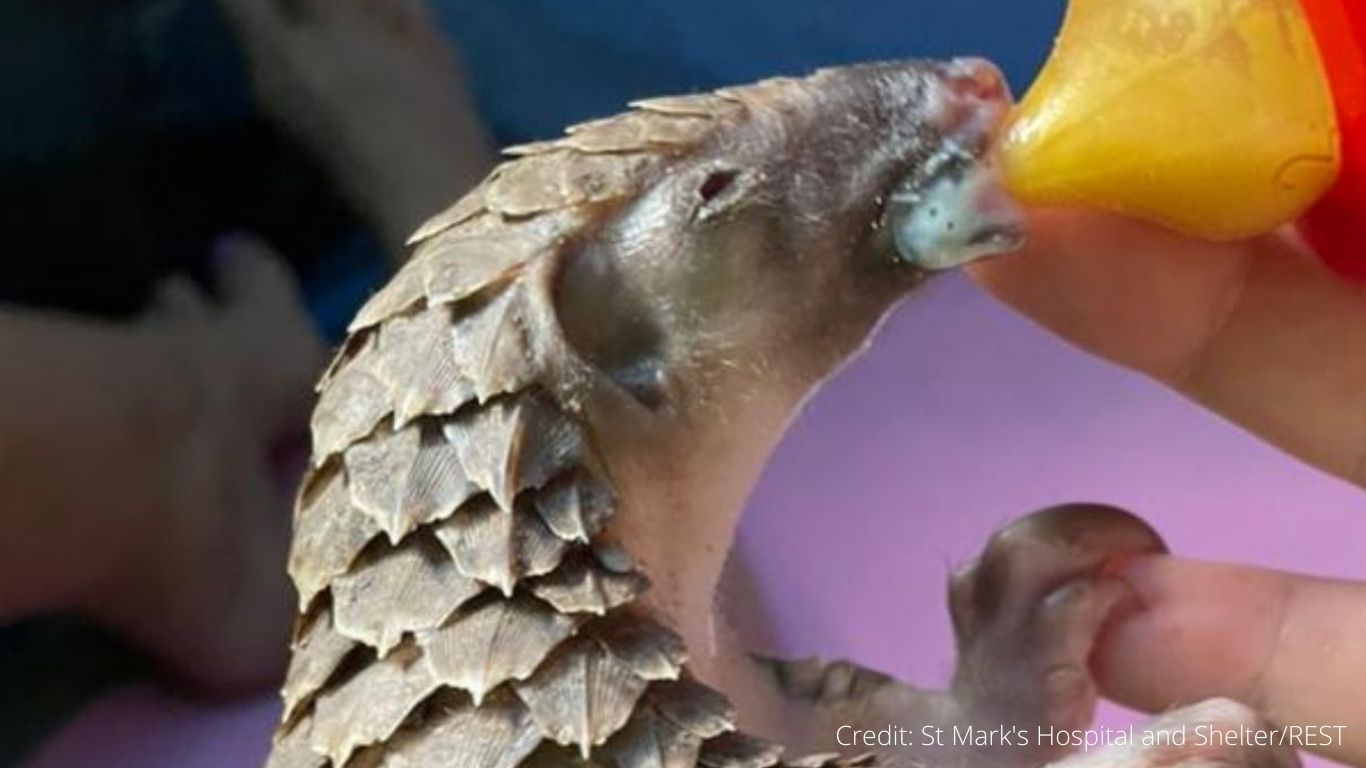 This month, we focused on sea turtles and the devastating effect plastic waste is having on their survival. We teamed up with two organizations in Cape Town – The Beach Co-Op and the Two Oceans Aquarium Education Foundation – to help in the rescue and rehabilitation of stranded turtle hatchlings, whose lives are even more imperiled because of the microplastics they ingest.

To help matters, we organized a beach clean-up at one of the turtle hatchling hotspots on Sunset Beach. Together with our team and the expert efficiency of The Beach Co-Op, we gathered as much garbage and microplastic as we could find and in just a few hours, we collected 66lbs (30kgs) of plastic! We also visited the Two Oceans turtle rehabilitation center where they showed us how much plastic these tiny, rescued turtles had eaten. Between the 47 rescued baby turtles, a total of 500 pieces of plastic had been passed! Each turtle is under constant care and monitoring in a high-tech saltwater life-support system.

We called on our supporters to help us raise funds so that these babies can continue to get the specialized help they need until they are strong enough to be released back into the ocean. Thanks to your help, these baby turtles are a step closer to being released. 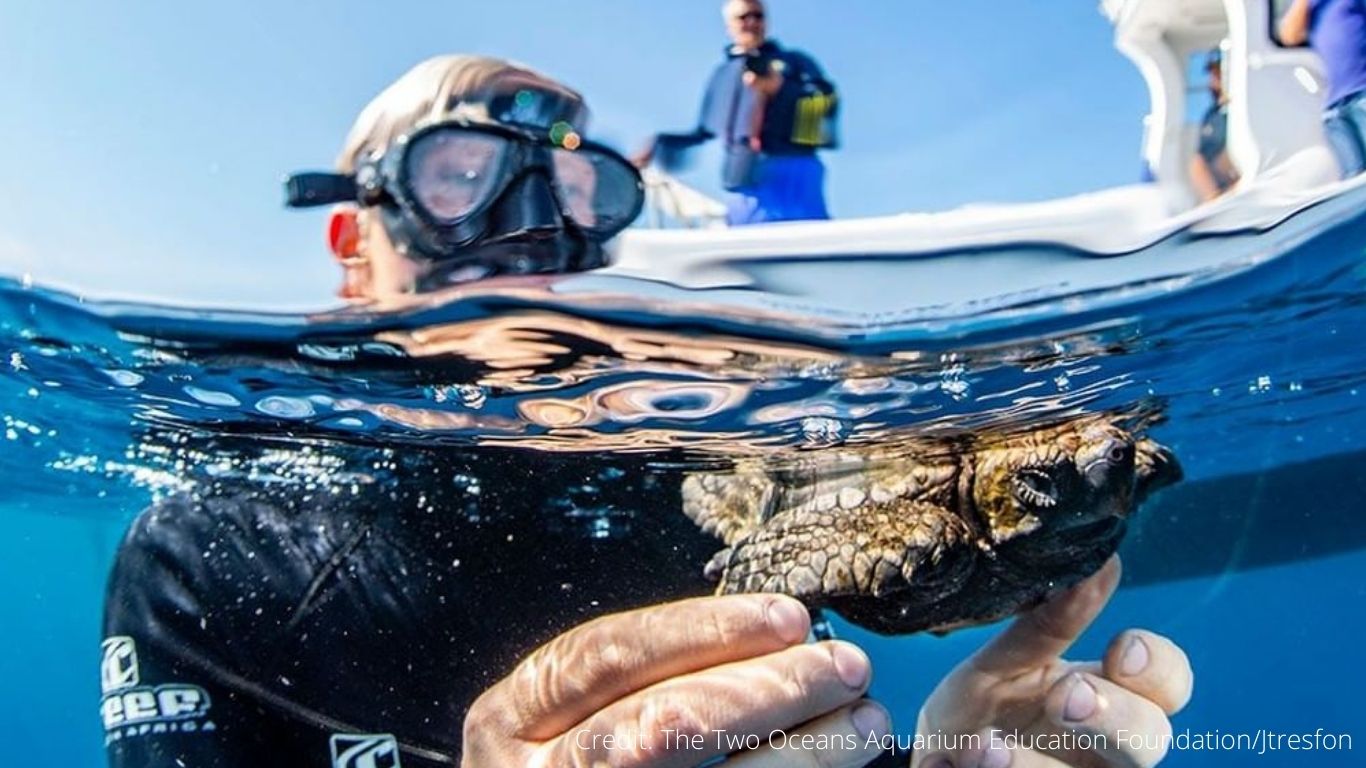 Celebrating the release of 1,000 radiated tortoises that you helped save

The Island of Madagascar is home to the beautiful radiated tortoise, which is highly prized by the illegal pet trade market overseas. Poaching is pushing this already critically endangered species closer to extinction each year. When our partner, the Turtle Survival Alliance Madagascar (TSA Madagascar), rescued 800 of these unique tortoises from smugglers, they called on us for help. The tortoises were in a critical condition, suffering severe dehydration and injury. You helped us rush aid to these rare creatures. But then disaster struck when fresh food, critical for the tortoises’ recovery, ran dangerously low because of a catastrophic drought on the island. Again, you helped us raise funds to purchase and transport fresh organic produce to the tortoises. In the meantime, TSA Madagascar has continued to receive hundreds of tortoises confiscated from traffickers.

Now we have received positive news: TSA Madagascar recently released 1,000 rehabilitated radiated tortoises back into the wild! Reintroduced within a protective community that culturally reveres radiated tortoises, these creatures will be closely guarded and monitored while still living in the freedom of the wild. This is the first of many more similar wild reintroductions of Madagascar’s radiated tortoises, and it’s thanks in part to the generosity of our supporters who see the value of rescue, rehabilitation and the safe release of endangered species threatened by the illegal trade. 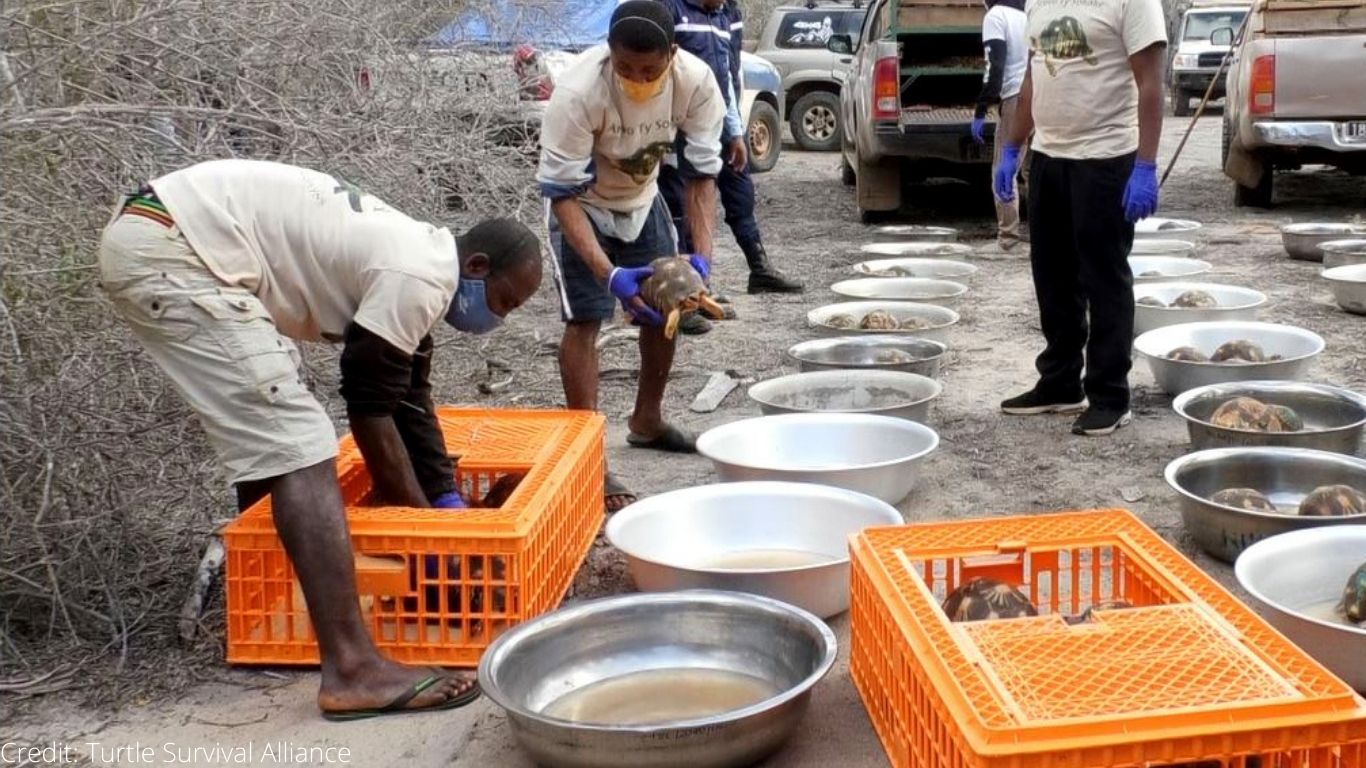 Remember Venus, the rare and elusive aardvark that was fighting for her life after being hit by a car in the Lowveld region of South Africa? Thanks to your generosity, she is now on the road to recovery. It was touch-and-go for Venus when the ASI team first met her at the Umoya Khulula Wildlife Center. She needed expensive, specialized food and 24-hour medical care to fend off deadly infections. Her wounds were so severe, we weren’t sure whether she would survive or not. But together with Umoya’s dedicated team, we did what we could to give her a fighting chance.

We called on you for support, and thanks to your quick and generous donations, we rushed funds for medication and specialized food to Umoya. Thanks to this, Venus’ condition has improved so much that we now anticipate she will be ready for release in three weeks’ time! There is so little known about these fascinating creatures, except that multiple threats to their survival are mounting rapidly and that every aardvark life matters to the future of their species. Thank you for helping us save one. 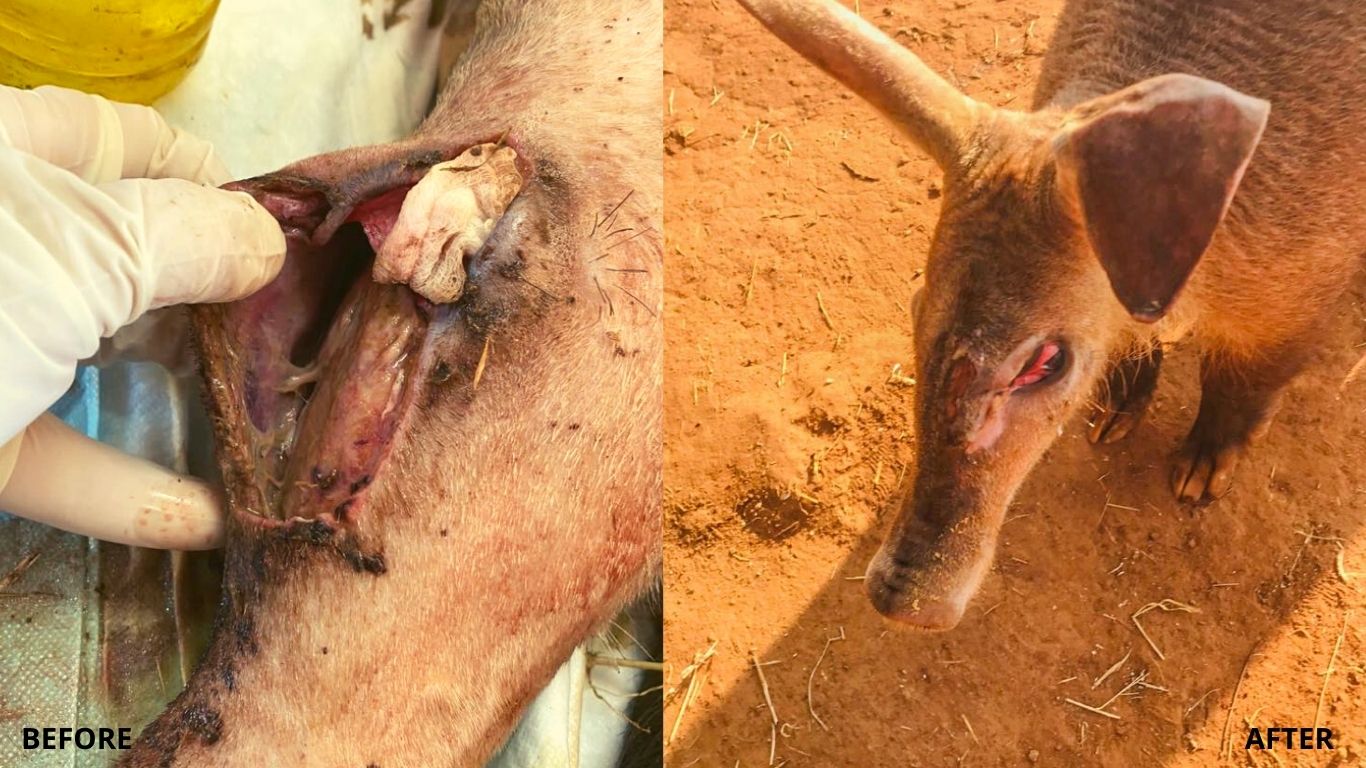 August is the month for World Lion Day, and this year we have something well worth celebrating. The South African government is shutting down its controversial and shameful captive lion breeding industry.

For over 20 years, the cruel industry which supports breeding lions for cub petting, canned lion hunting, and trade in lion bones has been left to grow, producing more than 10,000 captive-bred lions that live in squalor, waiting to either be ‘hunted’ or slaughtered for their bones. In the meantime, only about 20,000 wild lions are left on the entire African continent. We know that there is no conservation value to captive breeding because of genetic deficiencies and human habituation. Although there is still much work to do to finalize securing a better future for lions in South Africa, and many difficult decisions need to be made about 10,000 lion lives, this is a major step forward which ASI will support until its conclusion, because lions belong in the wild. 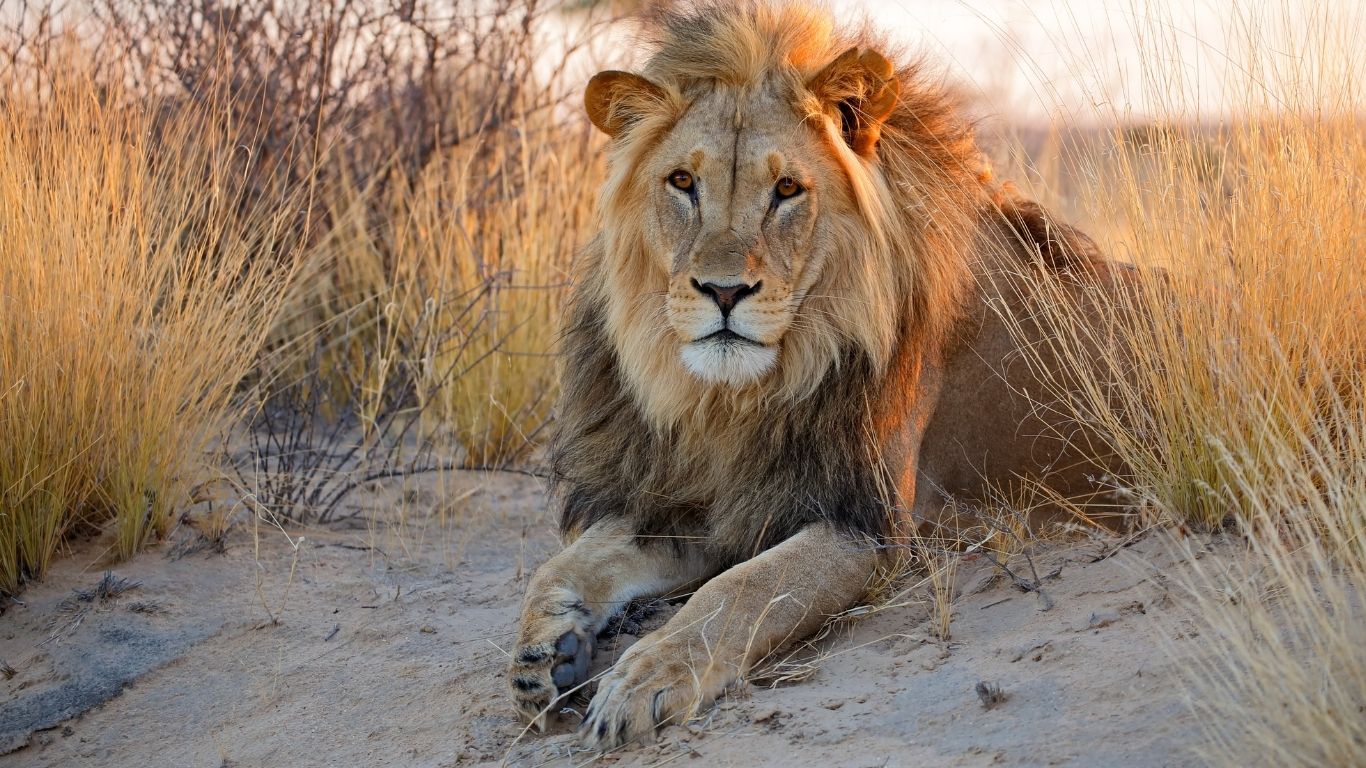 ASI condemns the sale of wild-caught elephants in Namibia

This month, we also celebrated World Elephant Day. Elephants have always held a very special place in the hearts of the ASI team. We’ve focused on many projects to help elephants in need and always, they have been a success thanks to our supporters’ love for the gentle giants. But this World Elephant Day left little to celebrate when we received the shocking news that the Namibian government has sold 47 of its wild elephants. We told you before of Namibia’s plan to sell 170 wild elephants – a plan which we condemn.

We believe that elephants belong in the wild with their family groups. Research has repeatedly shown us that elephants cannot thrive in captivity. Elephants also suffer significant physical and psychological trauma when their family groups are split up, affecting their longevity and their ability to reproduce. We are still waiting for more information from the government, but we fear these wild elephants, which will be caught, trapped and shipped abroad, could end up spending the rest of their lives in captivity. But we will not stand aside, and watch Africa’s elephants being treated as money-making commodities; we plan to do whatever we can to fight this sale of Namibian’s wild elephants. We’ll keep you posted on the news and how you can help us stop the sale of any more wild elephants. 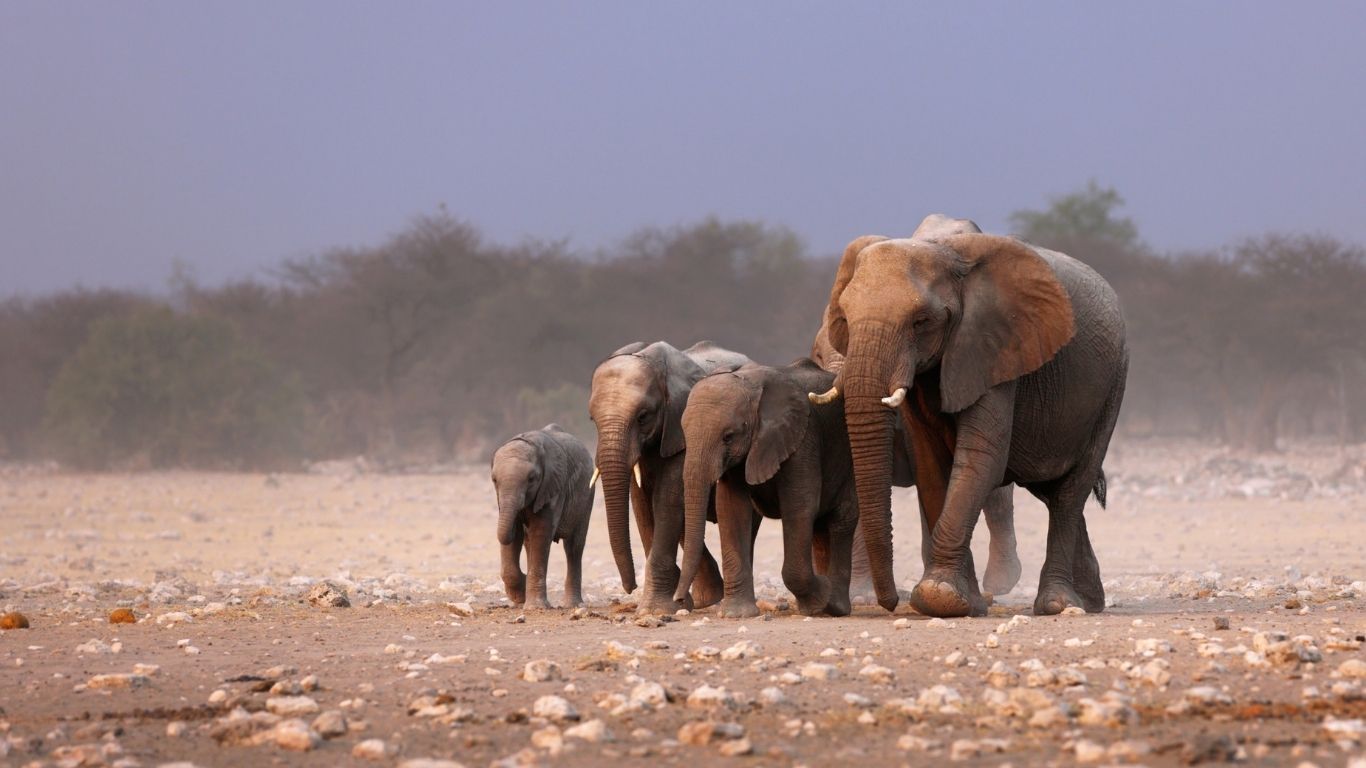 Once again, we are deeply grateful for your generous donations and support in raising awareness and funding for these critical issues impacting animals around the world. You make it possible for us to make a difference, protecting wildlife and wild spaces across the globe.

How We Are Helping RIGHT NOW: November 2021

Poachers have already killed 75% of Zimbabwe’s majestic lake elephants. Now, THE REST ARE IN PERIL!