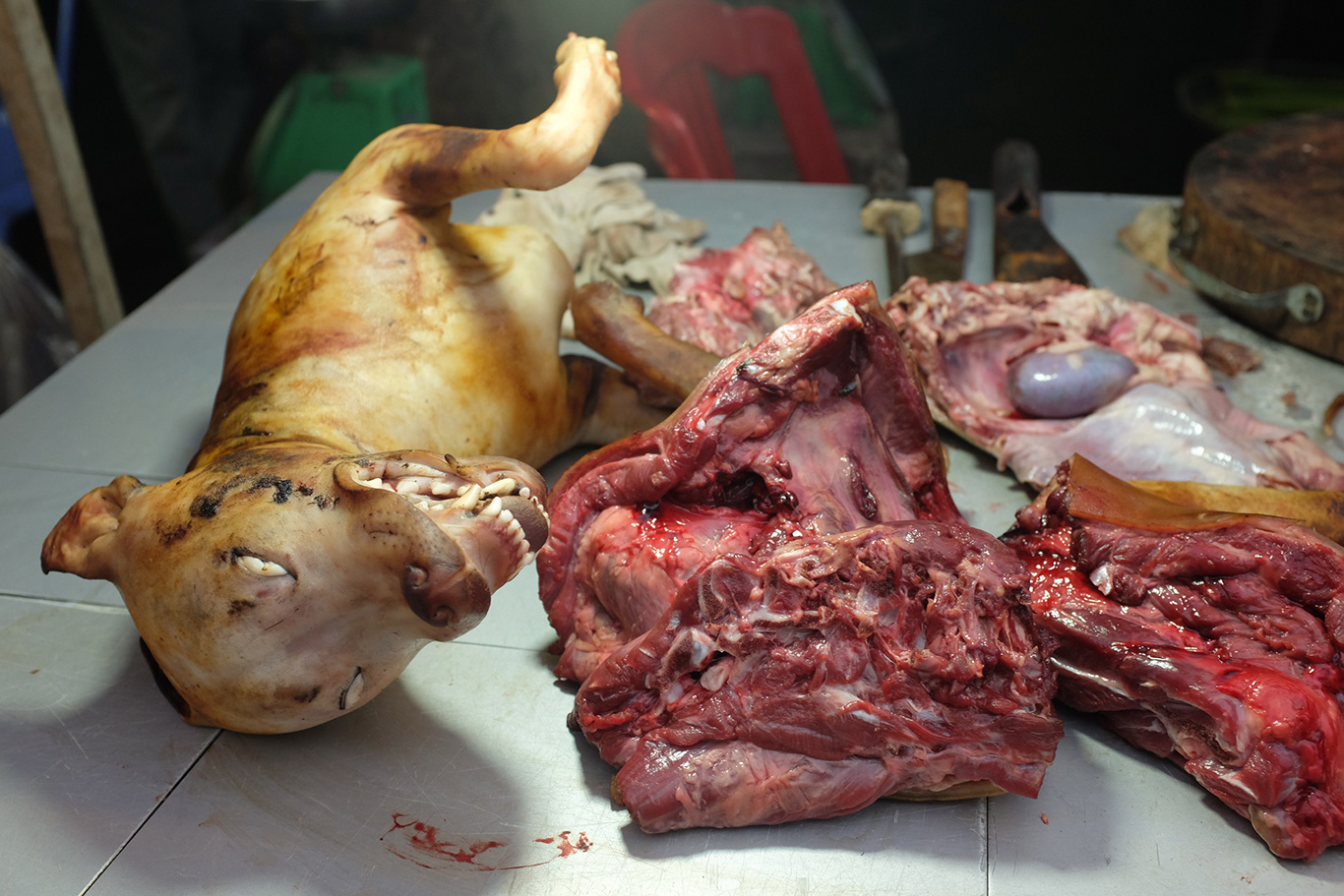 Could a bloody and brutal trade that sees thousands of dogs skinned, bludgeoned, and boiled alive really be coming to an end?

China’s new draft policy may be a watershed moment in the efforts to end the brutal trade of dog meat. Animal activists, however, remain skeptical as to whether the Chinese Government will come to the table and implement a full ban on eating man’s best friend.

Thirty million dogs are slaughtered a year across Asia for meat. They suffer unspeakable cruelty at the hands of their killers - forced to watch in terror, as other dogs are beaten death or thrown still alive into boiling water to remove their skins before it is their turn to die. The fight to provide basic rights to dogs in China has been raging since the start of time but a new and deadly virus may prove to be the catalyst needed to bring about drastic change.

An updated version of China’s Directory of Genetic Resources of Livestock and Poultry has been released. For the first time in history, dogs are not on the list of animals that are allowed to be bred, raised, traded, and transported for commercial purposes.

Citing the “progress of human civilization” as well as growing public concern over animal welfare and prevention of disease transmission from animals to humans, China’s Ministry singled out canines as forbidden in a draft “white list” of animals classified as livestock or poultry.

“While it’s hoped the draft will effectively end the legal trade of dogs for meat and fur, it’s important to note that it is not officially a ban on the consumption of dog meat. To the best of our knowledge, there is no actual ban on consumption. The fight to stop the trade of dog meat is still not over, and won’t be over until the relevant laws are actually revised,” said ASI’s Nicolette Peters.

“In addition, while dogs have been removed from the ‘whitelist’ of approved domesticated livestock, it is disappointing to hear that two new species previously considered wild – the emus and Muscovy duck – have now been included, allowing for them to be sold. Others on the list officially declared as livestock include three animals most abused for their fur - raccoon dog, silver fox, and mink.”

In a tragic twist of irony, just days after the new draft policy was released, China approved the use of bear bile to treat coronavirus patients.

The extraction of bear bile from live bears is gruesome and causes unimaginable suffering and long-term health problems for these animals. All methods for extracting bile are invasive. Bears may suffer infections, starvation, dehydration, diseases, and malignant tumors, and they often die from these ailments. Consumers of bear bile also run the risk of ingesting bile from sick bears, which can be contaminated with blood, feces, pus, urine, and bacteria.

“Surely, if the coronavirus has taught us anything it’s that we shouldn't be relying on wildlife products as the solution to combat a deadly virus that appears to have originated from wildlife. Not only does bear bile farming cause enormous animal suffering, but it also poses an undeniable human health threat with the risk of zoonotic diseases,” concluded Peters.