Asia Turns To Africa’s Coastline To Satisfy Its Taste For Marine Delicacies, In A Free-For-All Unpoliced Environment Of Trade 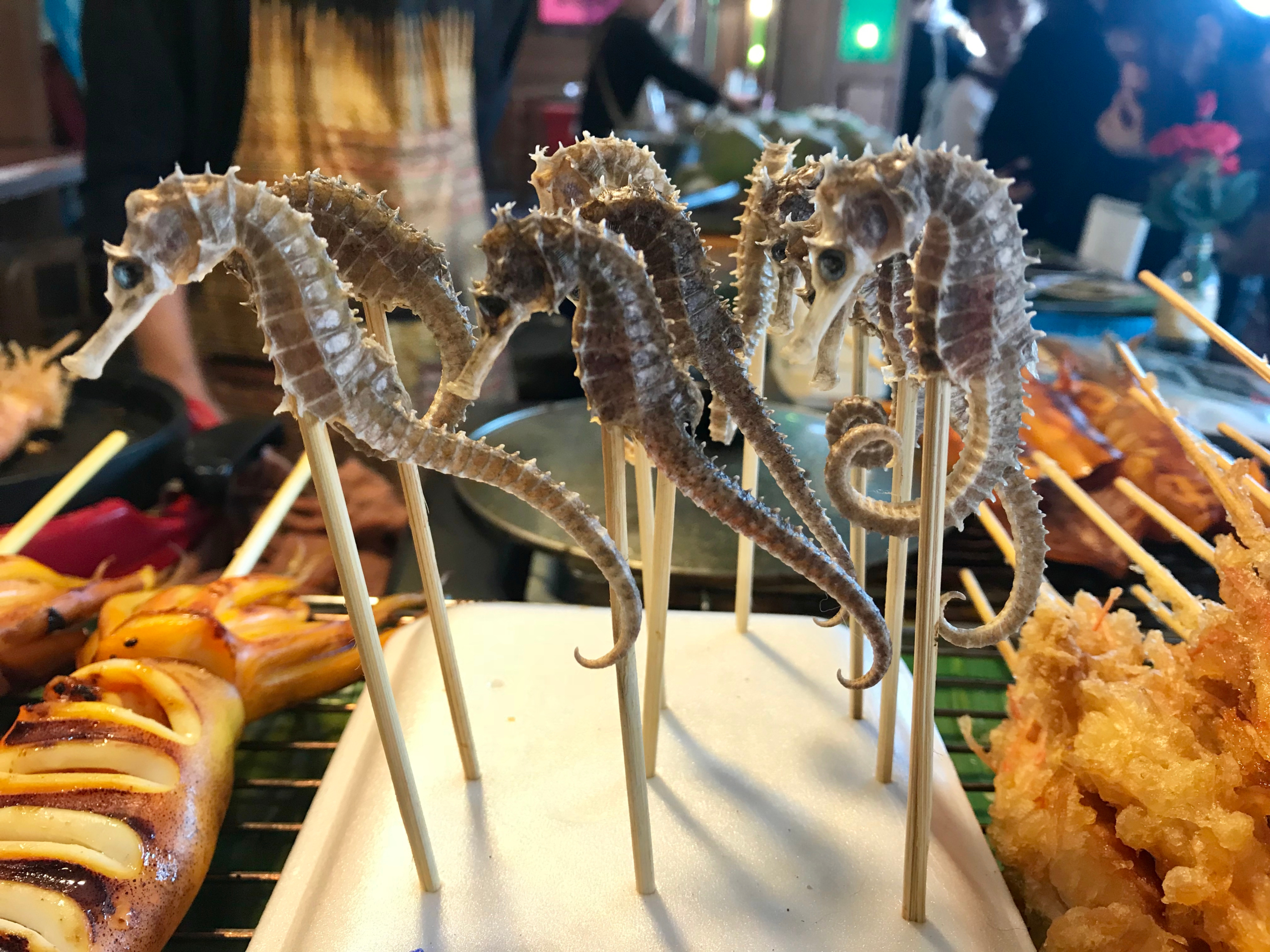 A recent report by Traffic, the wildlife trade monitoring network, focusing on the trade in high-value marine products from Africa to Asia, has found that sea horses, fish maw (dried fish bladders) and sea cucumbers are being harvested and traded in massive volumes with little to no monitoring.

More than 80% of African coastal states are exporting fish maw to Asia. Together with shark fins and abalone, sea cucumbers and fish maws are considered delicacies in East Asia. Highly prized and sold at top prices, these luxury seafood products are consumed as symbols of status or wealth. They are also used in traditional Asian medicines.

With no effective legislation in place to monitor trade, populations are declining rapidly under this rampant and mostly illicit trade. The mass harvesting of sea cucumbers, fish maws and seahorses is threatening their long-term survival and the health of fragile ecosystems.

Traffic says it has seen major discrepancies in the reported imports and exports of these marine products, indicating significant levels of unsustainable harvesting and illegal trade.

With a rise in market price for dried cucumbers, fishing has increased in poorly managed fisheries across Africa. As a result, the East African coastline has seen up to a 70% decline in sea cucumber populations from Madagascar, Tanzania, Kenya and the Seychelles.

According to Traffic, Madagascar, Kenya, Tanzania, and South Africa show the highest occurrence of under-reported and illegal trade and harvesting. This stimulates smuggling networks to exploit poor legislation and move illegally harvested sea cucumbers for transit into international supply chains.

“This unpoliced harvesting and trade of marine products is putting Africa’s marine ecosystems under immense pressure,” says Adrienne West of the Animal Survival International (formerly Political Animal Lobby). “Not only that, but it is yet another avenue of illicit trade that is threatening state security across Africa and impoverishing communities.”

The number of African countries involved in trade of sea cucumber products has increased from 18 countries in 2012 to 33 at the end of 2019. Yet only six of these countries have reported trade in the last 10 years.

UK Announces Plan To Ban The Keeping Of Captive Elephants

More than 800 of some of the world’s most endangered creatures face an horrific crisis!