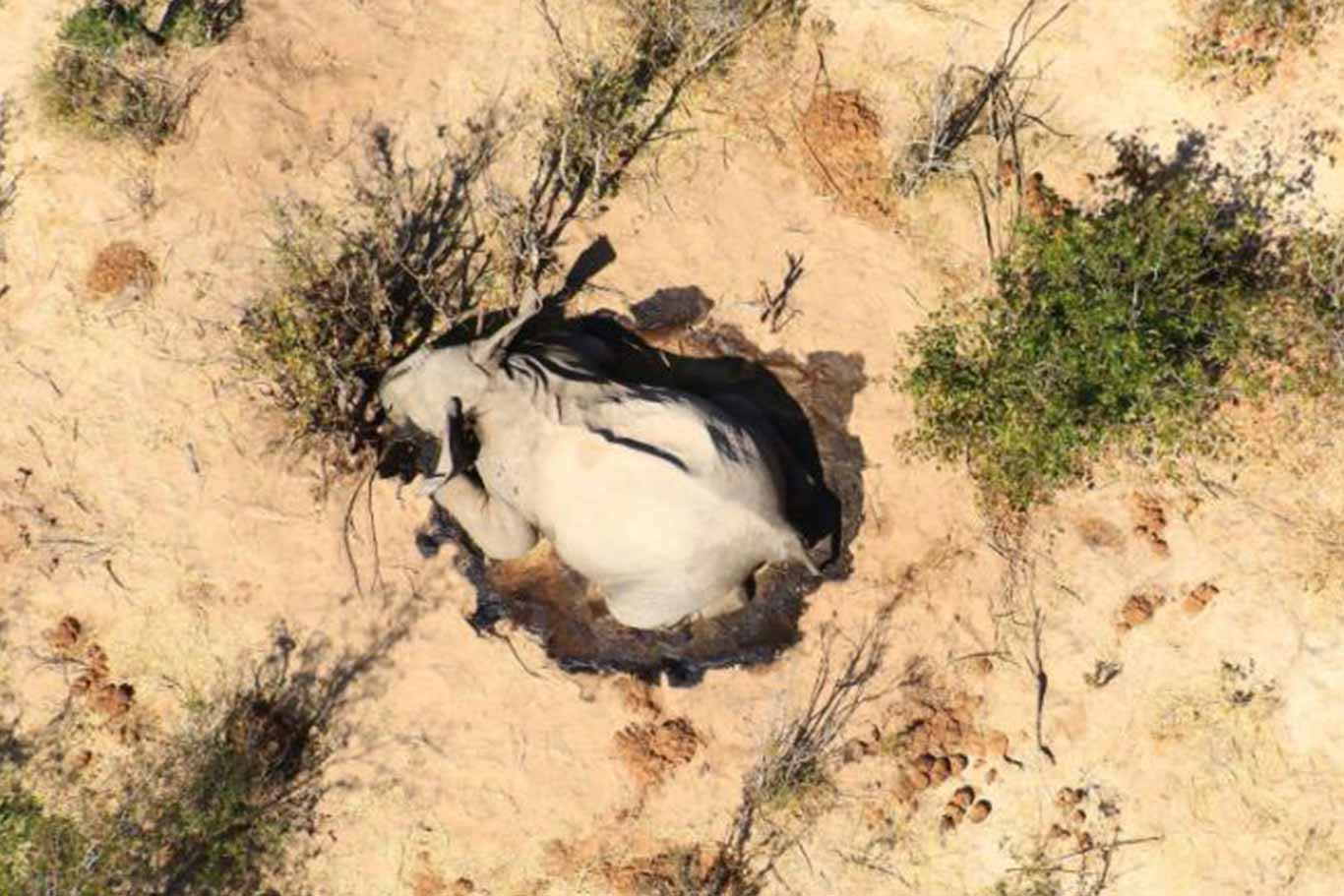 Botswana says it may have solved the mystery behind the mass elephant die-off, but experts have warned there is more to this story than meets the eye.

The Botswana Wildlife Department recently announced that they had made a breakthrough in the investigation into the deaths of 350 elephants in the Okavango delta that died suddenly - and without any obvious cause - between May and June this year.

They found that the elephants may have succumbed to cyanobacteria poisoning. Cyanobacteria are toxic bacteria which can occur in standing water and sometimes grow into large blooms known as blue-green algae. Climate change may be making these incidents - known as toxic blooms - more likely because they favor warm water. The elephant deaths allegedly stopped towards the end of June, coinciding with the drying of water pans.

“While bacterial poisoning rules out human involvement in these deaths, there are a lot of questions that still need to be answered,” said Nicolette Peters of the Animal Survival International (formerly Political Animal Lobby).

“This investigation has been so poorly conducted; I fear we may never know the truth.”

Wildlife authorities doubt bacteria are to blame because algae blooms appear on the edges of ponds and elephants tend to drink from the middle. The mass die-off was also limited only to elephants and occurred in an isolated area.

ASI is not the only organization with concerns; some conservationists have argued the government did not disclose the name of the lab that produced the findings, nor did officials reveal how many samples were taken and from where, which tests were performed, and which species of cyanobacteria was implicated.

Dr Niall McCann, director of conservation at United Kingdom (UK) based charity National Park Rescue, along with Dr. Pieter Kat, an expert on lions, both raised concerns over the wildlife samples that UK laboratories were sent to test.

“Just because cyanobacteria were found in the water that does not prove that the elephants died from exposure to those toxins. Without good samples from dead elephants, all hypotheses are just that: hypotheses,” said McCann.

Dr. Kat agreed, saying he was recently contacted via e-mail by an official within The Department for Environment, Food and Rural Affairs (Defra) asking for advice to strengthen the ability of UK laboratories to be able to test wildlife samples from Africa in terms of forensics, emerging and zoonotic diseases.

“In the correspondence, it was revealed that these UK laboratories had been sent the following samples from the Zimbabwe elephant deaths: stomach contents, water and sediment samples, trunk swabs, and some formalin-fixed slides. This is pathetic. Is that the sum-total of samples sent to overseas laboratories to be able to evaluate the Zimbabwe elephant deaths? Is that the sum-total of Zimbabwe's effort to collect relevant samples from 22 dead elephants (carcasses now all destroyed, apparently) to determine the cause of death? The UK laboratories can only perform the most basic analyses with these samples, and certainly cannot decipher the cause of deaths.”

Kat continued to say if mystery deaths of a species occur, the onus is on those in the field to collect as many relevant samples they can.

“Blood, brain, internal organs - for a start. And then to maintain those samples in proper storage and shipping to ensure 'freshness’. Sending inadequate samples will result in inadequate results,” he concluded.