A warming climate is having significant effects on our world, and polar bears are the first on the chopping block.

Most of the Arctic's polar bears will struggle to survive by 2100 due to melting sea ice, a disturbing new study by researchers from the University of Toronto in Canada claims. The study drives home that without "aggressive" cuts to greenhouse gas emissions, polar bears will become extinct.

“The loss of sea ice habitat from climate change is the biggest threat to the survival of polar bears and this study simply reinforces the need for the world to take urgent action or risk yet another animal species from being wiped out,” said Nicolette Peters of ASI.

“As one of the largest land carnivores in the world, polar bears are known as a keystone species, the apex of the ecosystem. They keep biological populations in balance, which is a critical component to a functioning ecosystem. This study makes it very clear - we're going to lose the vast majority of them, perhaps not within our lifetime, but certainly within the lifetime of our children.”

Polar bears are the planet’s biggest land-based carnivores, although they actually spend most of their lives around water and ice. They range across the Arctic Ocean, in parts of Canada, Alaska, Russia, Greenland, and Norway. It’s hard to imagine such impressive, powerful predators being vulnerable, but climate change could prove to be the force that literally wipes this species from the face of the earth.

Climate change is heating up the Arctic faster than anywhere else in the world, and sea ice is rapidly shrinking. The National Aeronautics and Space Administration (NASA) reports that it is dwindling at a rate of roughly 13 percent per decade since 1979. 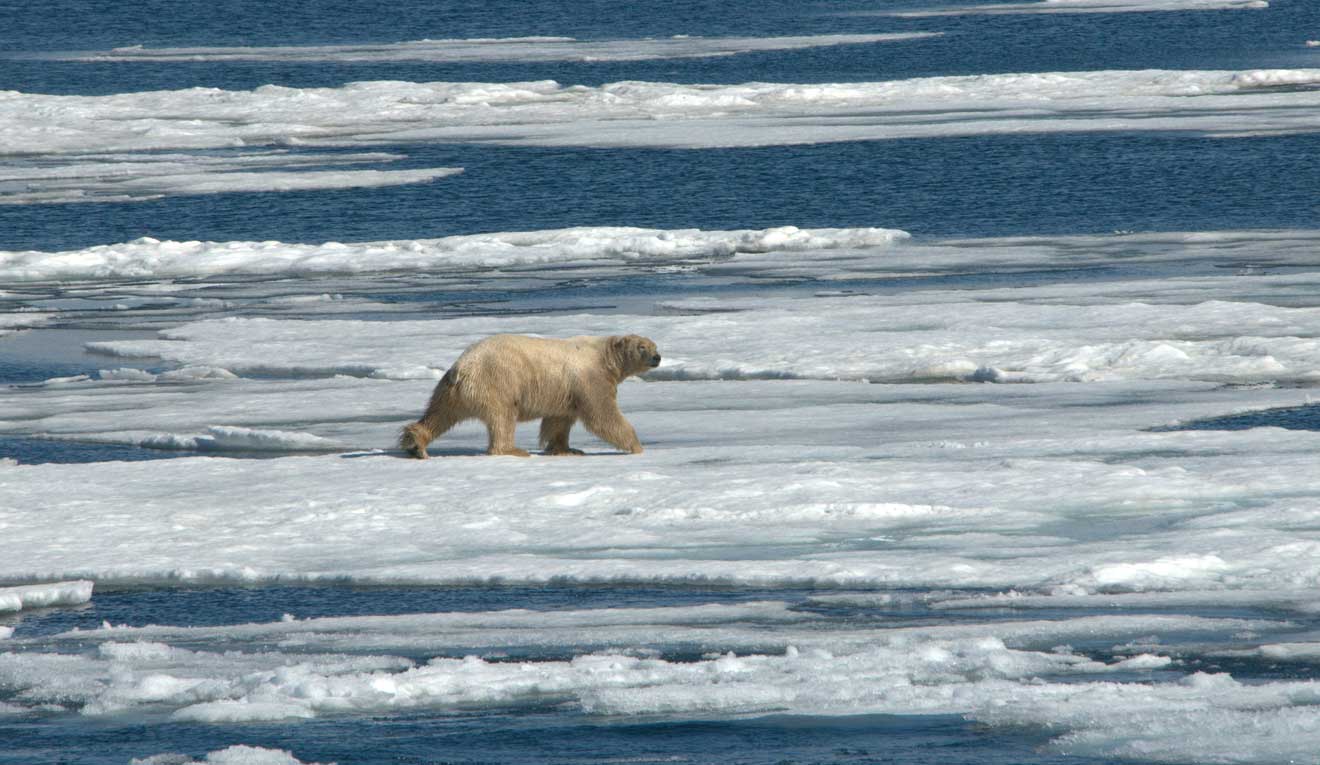 “There is very little chance that polar bears would persist anywhere in the world, except perhaps in the very high Arctic in one small subpopulation if greenhouse-gas emissions continue at so-called business-as-usual levels,” said Peter K. Molnar, a researcher at the University of Toronto Scarborough and lead author of the study, which was published in the journal Nature Climate Change. “Even if emissions were reduced to more moderate levels, we still are unfortunately going to lose some, especially some of the southernmost populations, to sea-ice loss.”

Melting ice is forcing bears to burn huge amounts of energy walking or swimming long distances to get to any remaining ice. Because of melting sea ice, polar bears will soon starve to death. Dr. Steven Amstrup, the chief scientist of Polar Bears International, who was also involved in the study, said: "What we've shown is that, first, we'll lose the survival of cubs, so cubs will be born but the females won't have enough body fat to produce milk to bring them along through the ice-free season. Any of us know that we can only go without food for so long - that's a biological reality for all species. The trajectory we're on now is not a good one, but if society gets its act together, we have time to save polar bears."

It’s still possible to make the changes necessary to slow - and then reverse - warming in the Arctic by reducing carbon dioxide to below 350 parts per million, reducing short-lived greenhouse pollutants, helping Arctic wildlife survive unavoidable climatic changes, and taking immediate political action at all levels.

Our other choice as individuals is to do nothing at all, and simply sit back and watch the precious window of opportunity we have today slam shut. Sealing not only the fate of polar bears but also the fate of humankind.