Right now, a group of critically endangered tortoises are in danger of starving to death after being rescued from the illegal wildlife trade in Africa. With your help, we can urgently get food to them so they survive this ordeal and bring hope to their entire species. Please, help us right now. 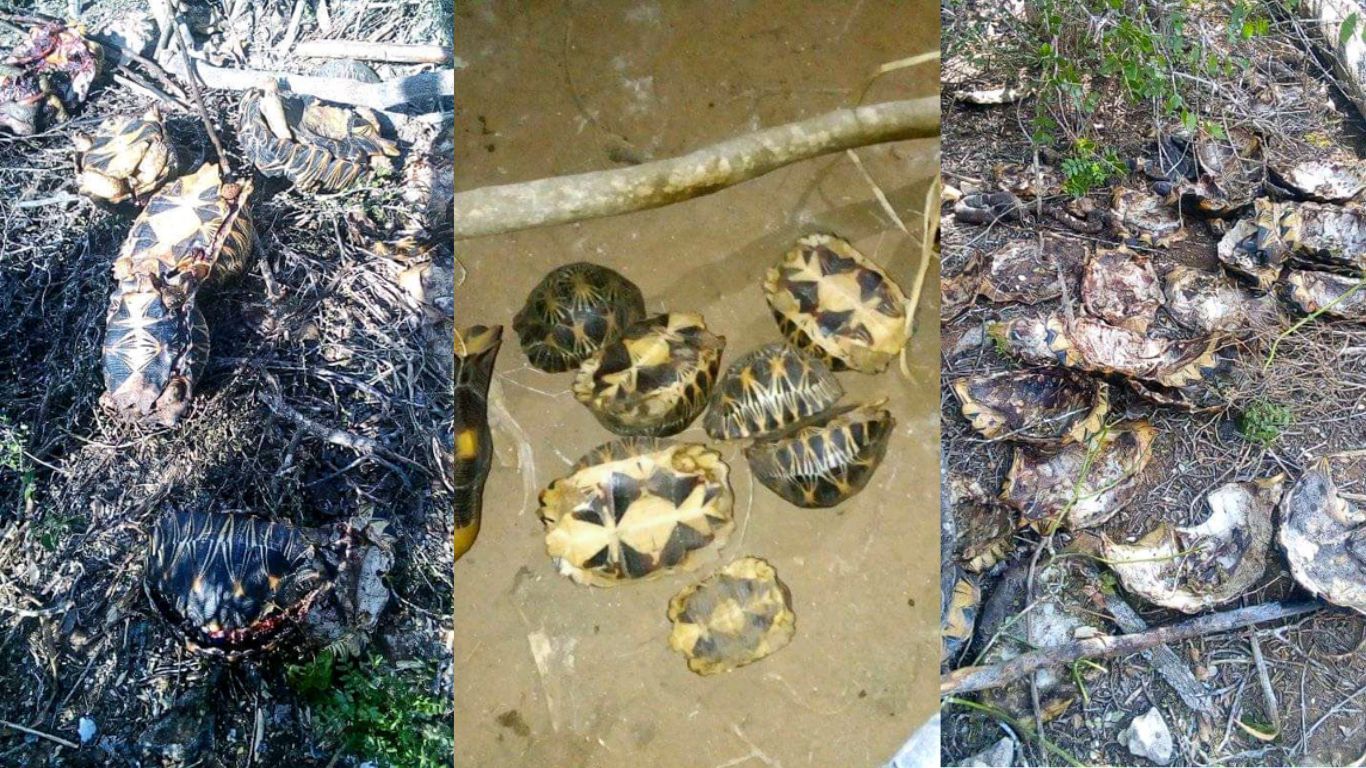 In Madagascar, tortoises are captured in their thousands for the illegal pet and bushmeat trade. After being stolen from the wild, they are usually bound with duct tape, stored in bags, and left in the wilderness, sometimes for months at a time, until they can be smuggled or processed for bushmeat. They must endure living in their own urine and feces and are often starved and left without water for long periods of time. Many are terribly mistreated and suffer cracked and broken shells. Those who do not die of these injuries and neglect are ultimately sold as pets or consumed for unfounded “medicinal” purposes.

These critically endangered creatures and many other tortoise subspecies are rapidly heading towards extinction due to insatiable demand for their meat and the illegal pet trade. We must help them!

The harsh reality of the illegal wildlife trade is that animals are not merely killed, but cruelly tortured to death. 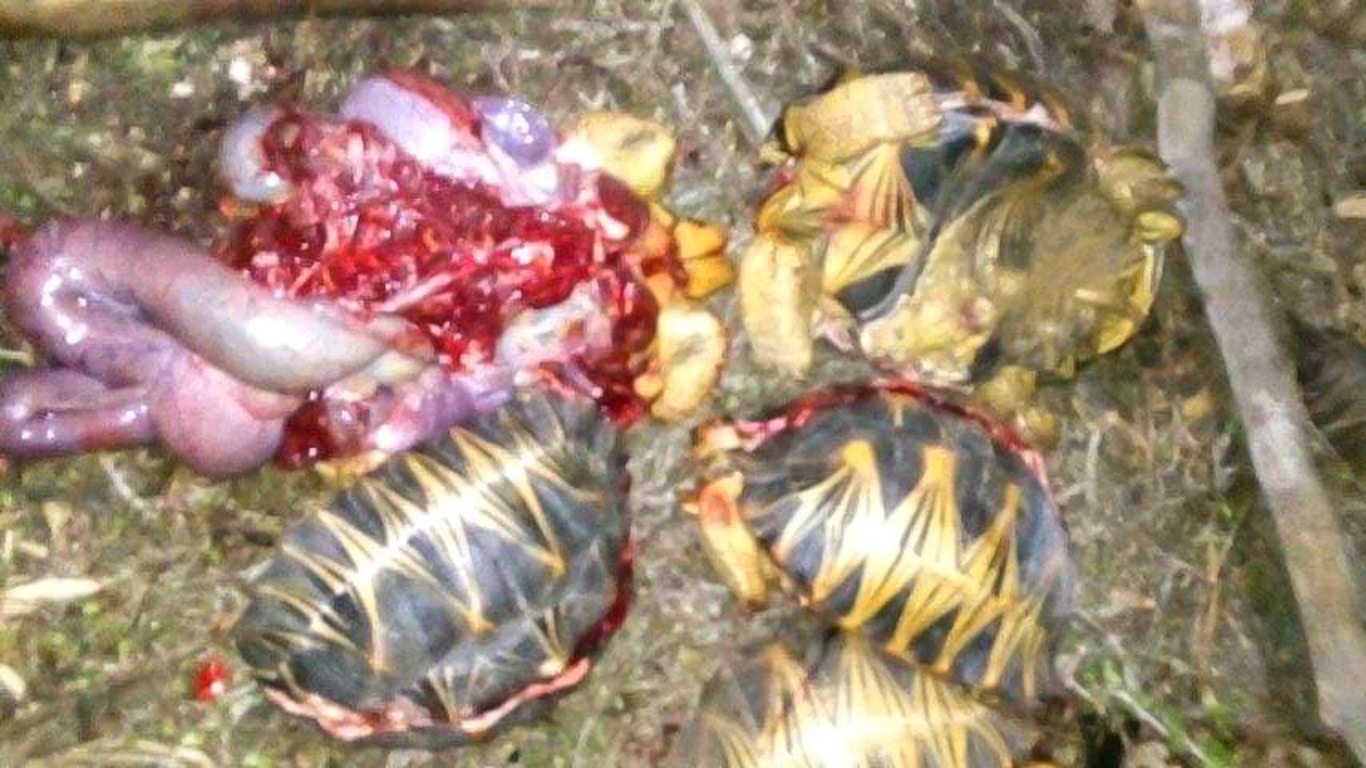 A few weeks ago, our team visited Turtle Survival Alliance Madagascar (TSA), which takes confiscated tortoises to its centers across Madagascar, where they are expertly cared for and fed. Often, they require critical, life-saving care. They are rehabilitated in a secure and appropriate natural habitat – primarily safe, protected forested areas – until they are strong enough to be released back into the wild and carefully monitored by the anti-poaching units. Ensuring that they can be safely released is of paramount importance.

But, due to the sheer number of critically ill and injured tortoises that TSA is rescuing, the team is running out of food for these creatures at its rescue centers.

Rescued tortoises are starving as TSA is running out of food to maintain its rapidly filling rehabilitation centers.

Two of TSA’s largest rehabilitation and soft-release centers – Tortoise Conservation Center (TCC) and Lava Volo Center (LVC) in forested habitats in the south – are both as much as 50% over capacity. TSA has now saved 26,000 tortoises and is running out of food for these vulnerable creatures. Without the help of caring people like you, TSA cannot continue its vital work.

We are determined to ensure that TSA has a continual, secure source of food for rescued wildlife. With your support, we will ensure that these precious creatures are regularly fed while we work on long-term goals. 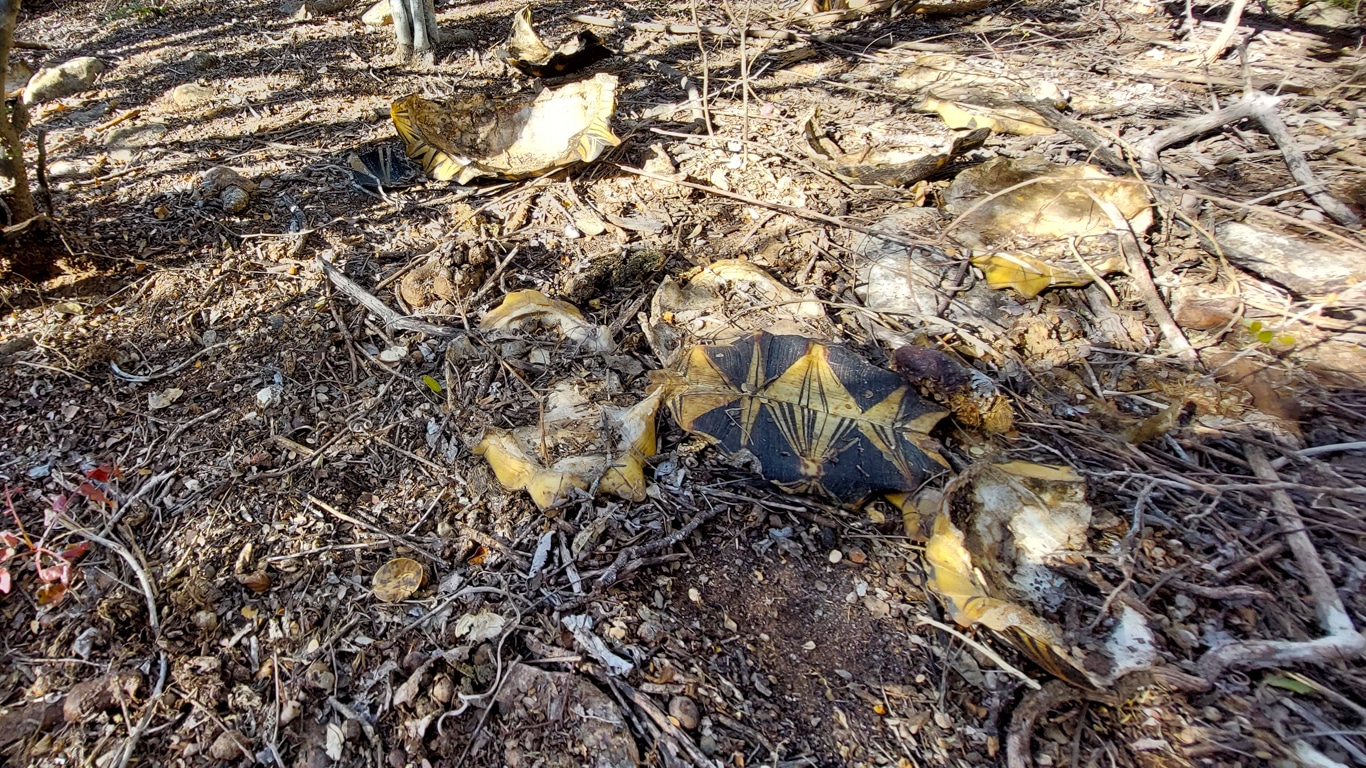 Our partners are extremely proactive and constantly finding new ways to meet the needs of the wildlife in their care, but they cannot do it alone.

If we can raise $15,000 (£12,400), we can rush funds for critically needed food to TSA to sustain its rescued tortoises for the next six months. Your urgent donation will also support TSA’s long-term program which educates local farmers on more sustainable farming practices. These updated farming practices will help farmers maximize their harvests and create a secure, year-round supply of food for tortoises. 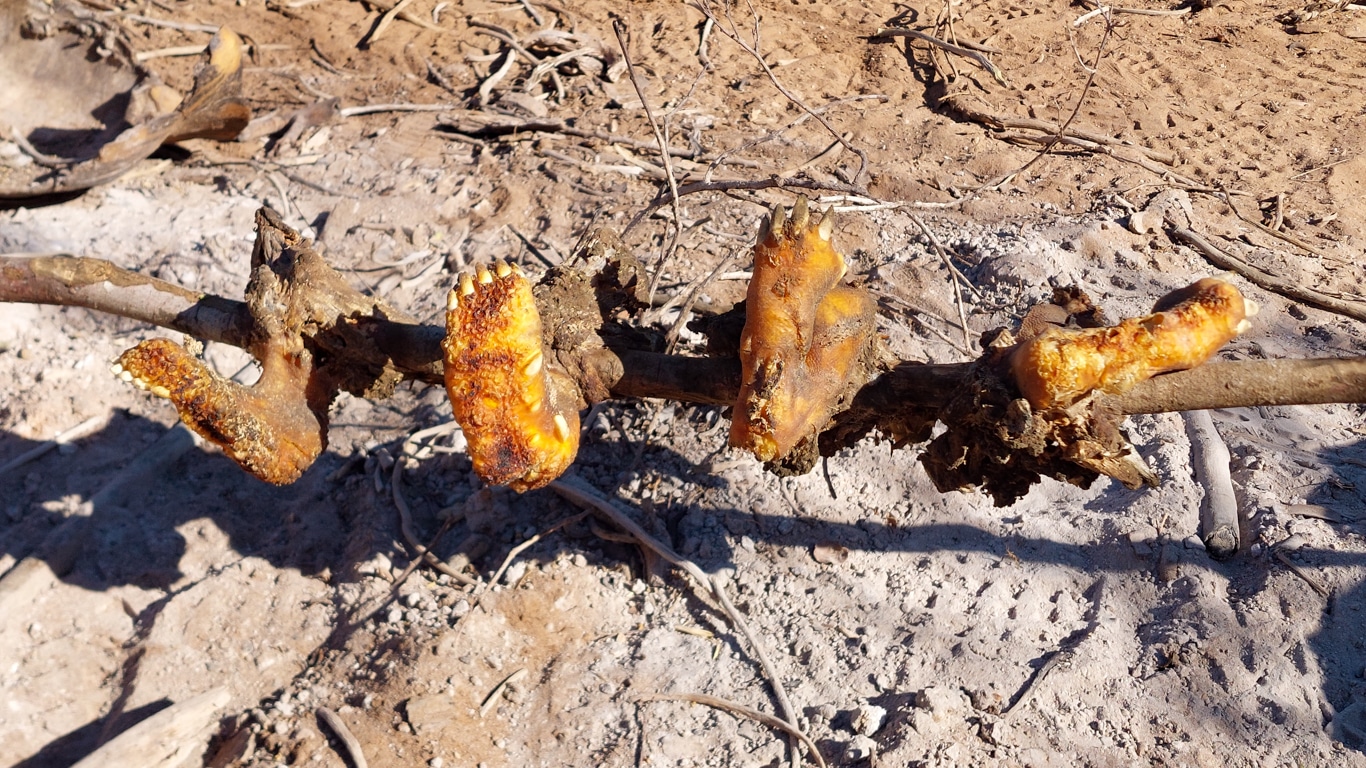 TSA works closely with local communities in Madagascar to intercept smugglers and rescue wildlife. Local people are empowered by a centuries-old, community-based law called Lilintane I Androy, which supports a long-held cultural tradition of protecting tortoises. Local people can apply this law when they encounter poachers, which enables the wildlife to be confiscated and poachers to be arrested and prosecuted. 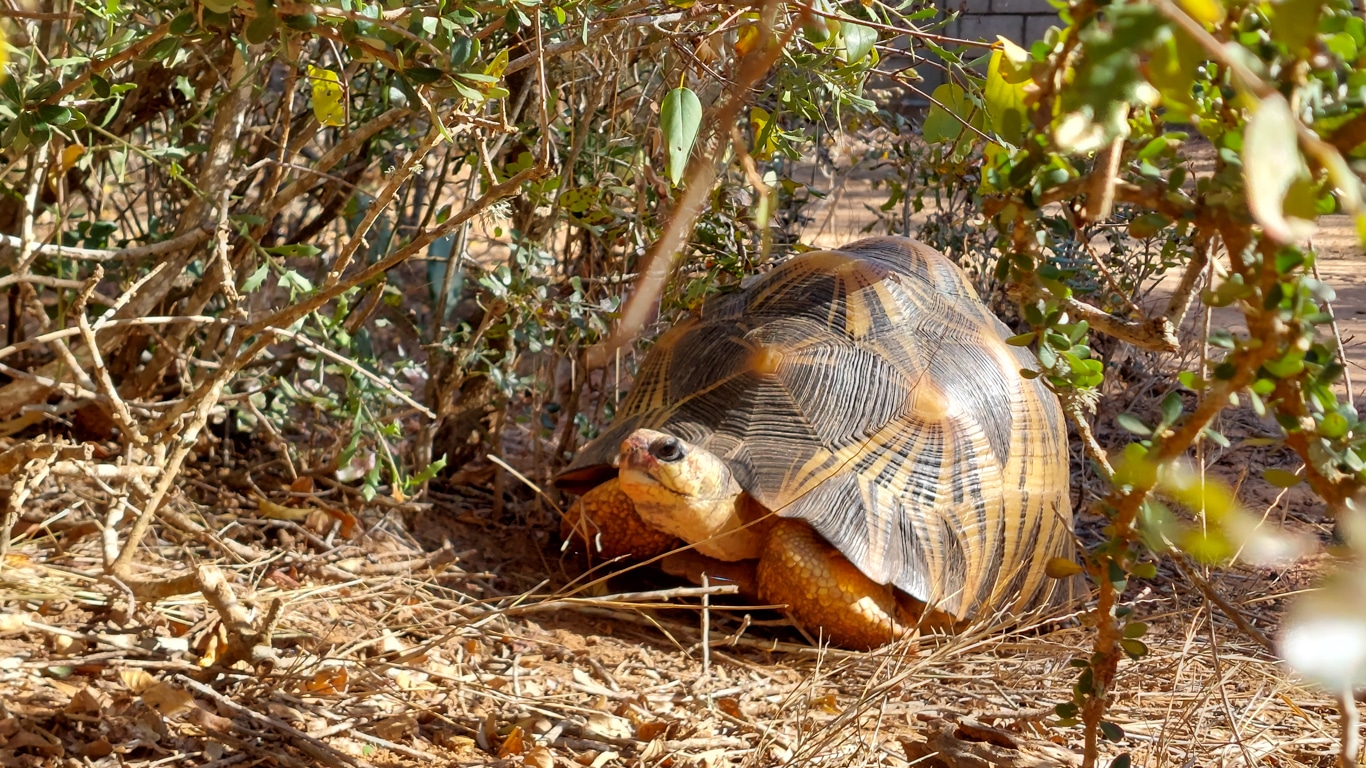 In the near future, we would also like to help TSA expand its infrastructure at TCC, one of its largest soft-release sites. With your help, we can support this extremely successful program so that TSA does not have to turn away any vulnerable wildlife. We MUST support successful programs like this, because the more we support them, the more animals they can save, the more poachers they can stop and the better the chances the tortoises have to survive.

P.S. During our visit, we were shown a campsite where hundreds of tortoises had been butchered for human consumption. Thanks to TSA’s effective partnerships on the ground, the team was informed and was able to alert local police. One of the poachers (so far) was caught and imprisoned, and is awaiting trial, and 880 pounds (440 kilograms) of meat was confiscated and burned – this equates to around 500 to 1,000 butchered tortoises – a loss the species can ill afford. Since this sting operation, poachers have been driven out of the village entirely. This is the incredibly worthy work that TSA does,  and we MUST continue to support it if we are to save as many tortoises as we possibly can AND bring poachers and smugglers to book.

You can count on me to help you enable your partner in Madagascar, the Turtle Survival Alliance, to continue to rescue, feed, provide medical care, and shelter, rehabilitate and release back into the wild 26,000 radiated tortoises! 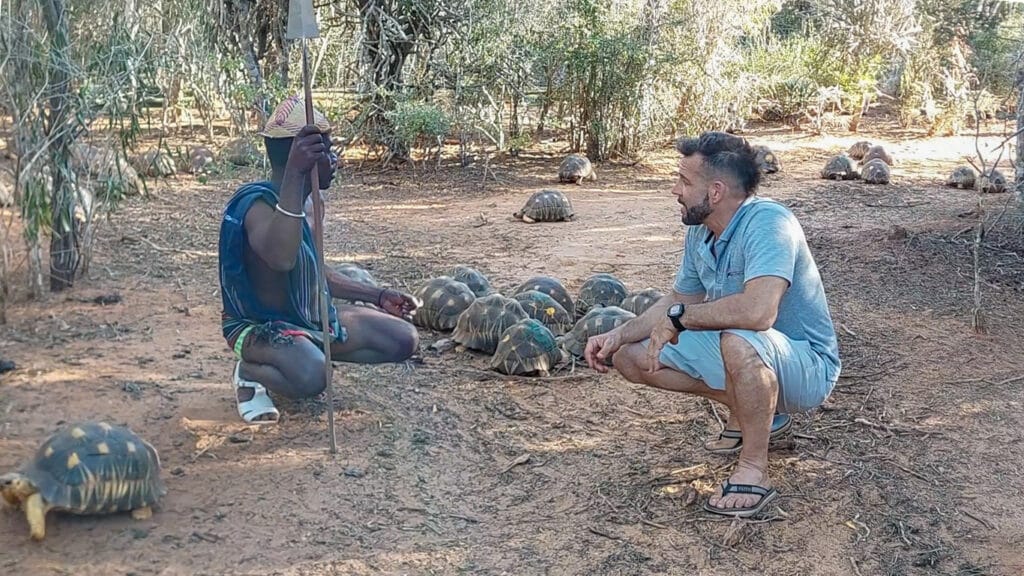