An estimated 2.7 million pangolins are poached annually in Central Africa alone, according to a new study by the UK’s University of Sussex.

These statistics are harrowing, and they are worsening every year. Pangolins – shy, nocturnal animals who are mammals despite their scaly appearance – are now the most trafficked animal on the planet. Poached for their scales and meat, all eight species are now threatened with extinction. Without our help, another unique creature will be lost due to humankind’s relentless exploitation of wildlife.

We DO have a plan to help, and with your support, we can implement it. 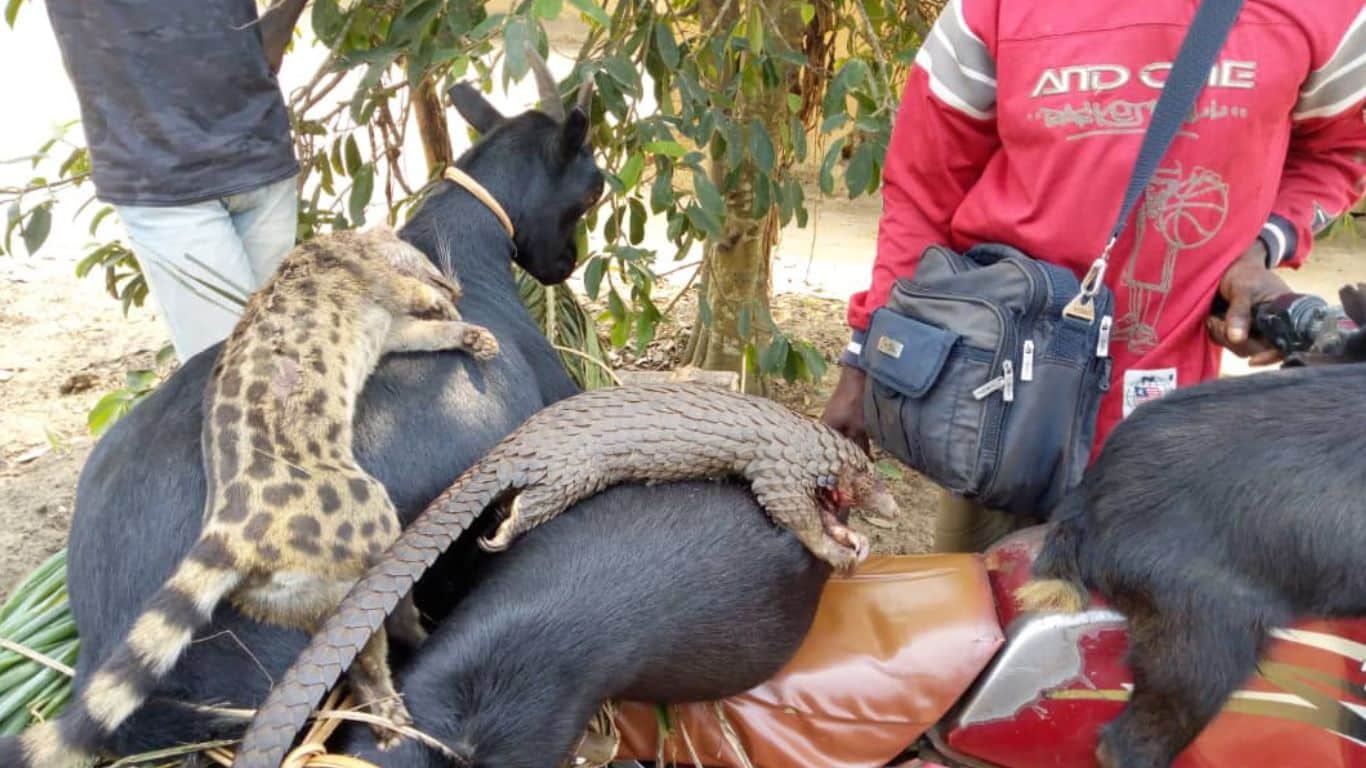 Wildlife traffickers are taking advantage of remote ivory trade routes to smuggle pangolins out of Central Africa. Now, more than ever, we need to step up our pangolin conservation efforts.

Pangolins are being stolen from the wild at a rapidly increasing rate to meet the demands of the illegal wildlife trade.

Pangolin meat is considered a delicacy in China and Vietnam, and the scales are used for traditional Chinese medicines despite there being no scientific evidence supporting this use. Consequently, the international price of scales and meat has driven up local costs, resulting in pangolin poaching and trafficking becoming a lucrative activity in Africa. The pangolin trade is sickeningly cruel: often they are scaled while still alive and then dropped into boiling water to be cooked. 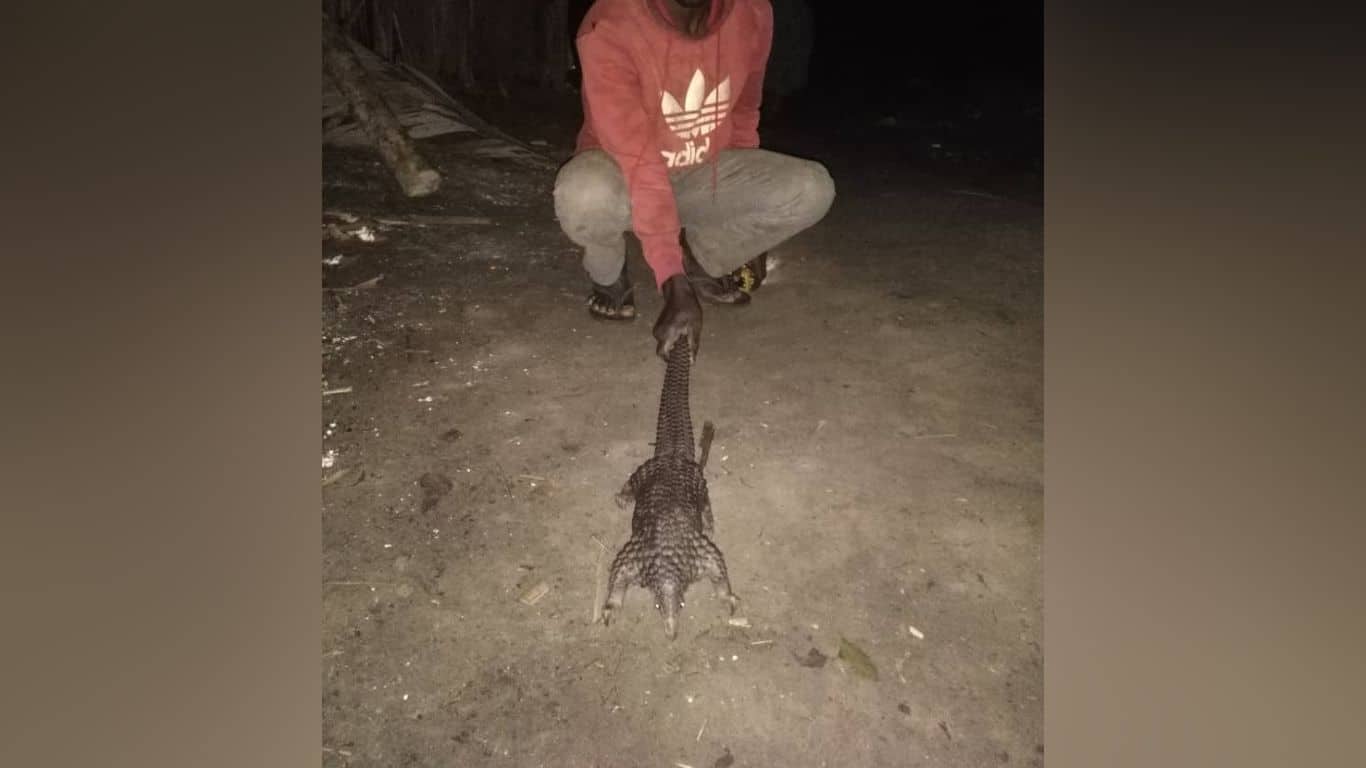 Pangolins are being poached to extinction because of a multi-billion-dollar illegal trade.

Worth an estimated $7-23 billion (£5.75-19 billion), the illicit wildlife trade has led to international criminal organizations exploiting low-risk, high-reward opportunities across the globe, and the Democratic Republic of Congo (DRC) is ground zero. The Congo Basin exists as a haven for some of the most endangered species on the planet. The heart of the world’s second-largest tropical rainforest that stretches across six different Central African countries, the DRC has become the frontline of the burgeoning wildlife trade.

The DRC is now the starting point of a trade route for wildlife trafficked to the world via the Middle East and Africa. To make matters worse, the illegal trade of pangolin meat in urban Congolese areas is also a huge problem. 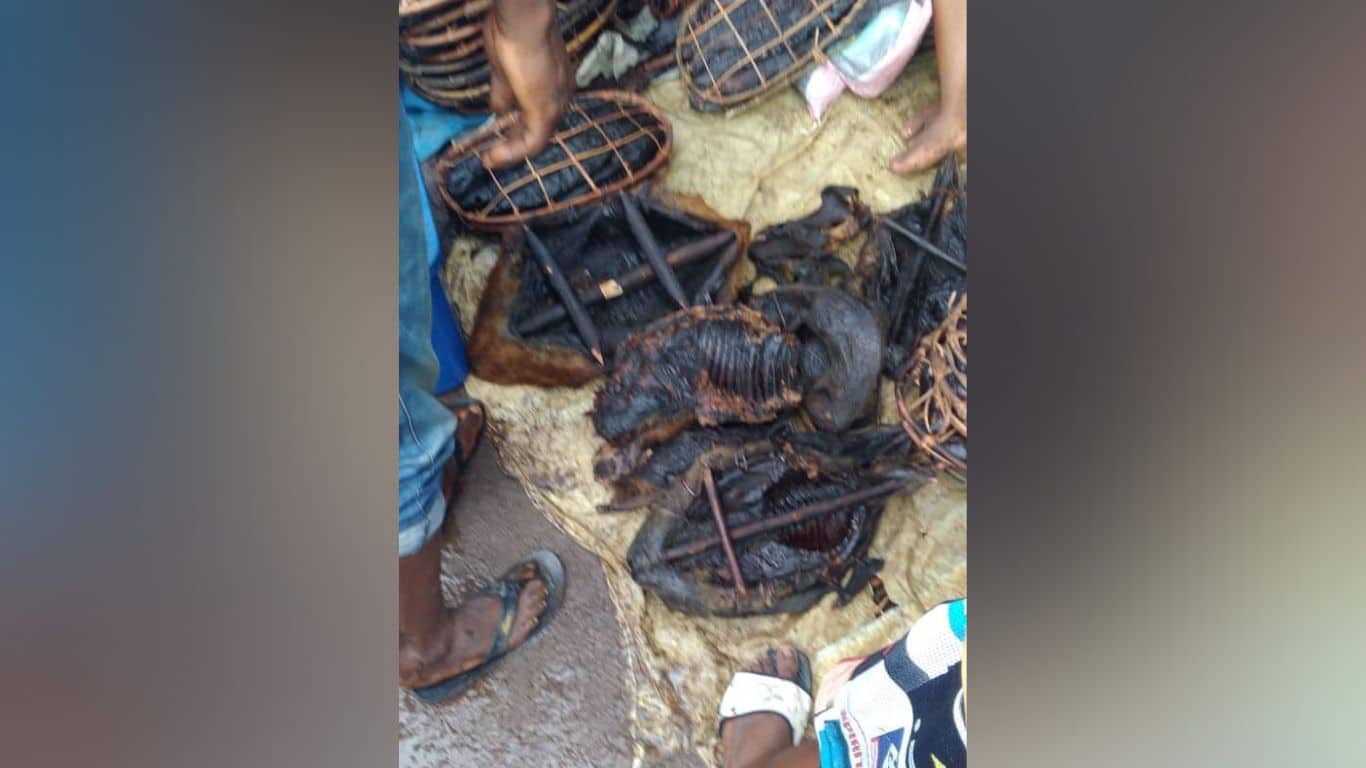 Pangolin species are being destroyed to meet the demands of the illegal wildlife trade.

In the DRC and numerous other African countries, pangolins are sold as meat in urban markets and restaurants despite the national protected status of the different species. The giant, long-tailed and the white-bellied tree pangolin are marketed for local consumption in the DRC, and for international trade. The problem is the law enforcement in the DRC’s protected areas and forests is not enough to protect these unique animals.

If these animals are to have any chance at survival, it is critical that the illegal trade be consistently infiltrated to bring wildlife criminals to justice.

We have a plan to help do just this. 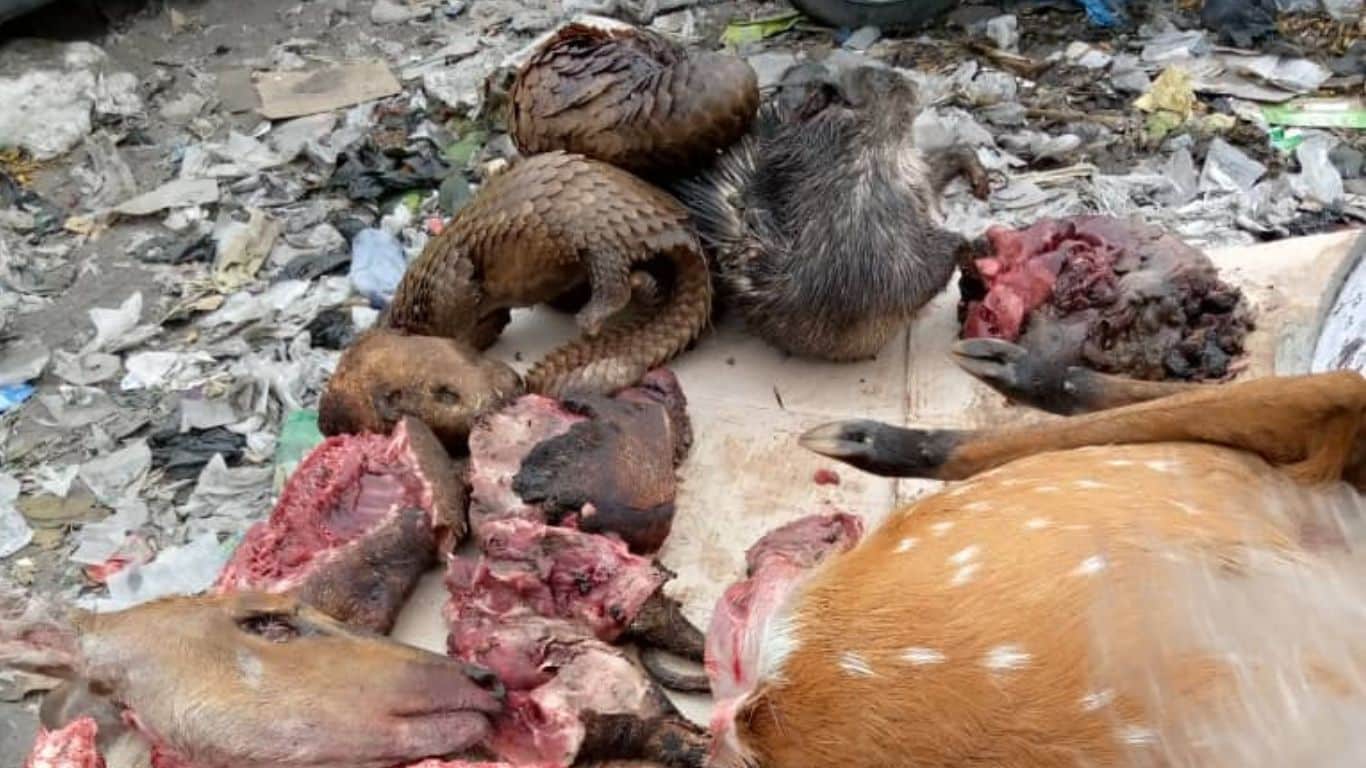 By working alongside Conserv Congo, a Congolese non-governmental organization registered in the DRC, Animal Survival International (ASI) is helping combat the local consumption of pangolin meat in the DRC and helping to stop the illegal trade of pangolins and their scales.

Conserv Congo investigates, reports and prosecutes wildlife crimes in the DRC and the Central African region by working with the Congolese Wildlife Authority (ICCN) and the national police. By mapping out transit and destination routes, and by using their vast network of undercover agents, they can help prevent wildlife crime by actively infiltrating criminal networks, confiscating illegal products and ensuring arrests are made.

They have been involved in some of the biggest inland seizures of animal parts on the African continent and have enabled the arrests of wildlife criminals. This led to the dismantling of some of the biggest wildlife trafficking gangs. With around 6,000 wildlife investigations and 3,000 arrests, this organization has proven its successes time and again.

But Conserv Congo’s operational costs are skyrocketing due to the increasing number of cases. It desperately needs the help of ASI supporters to continue its vital work. 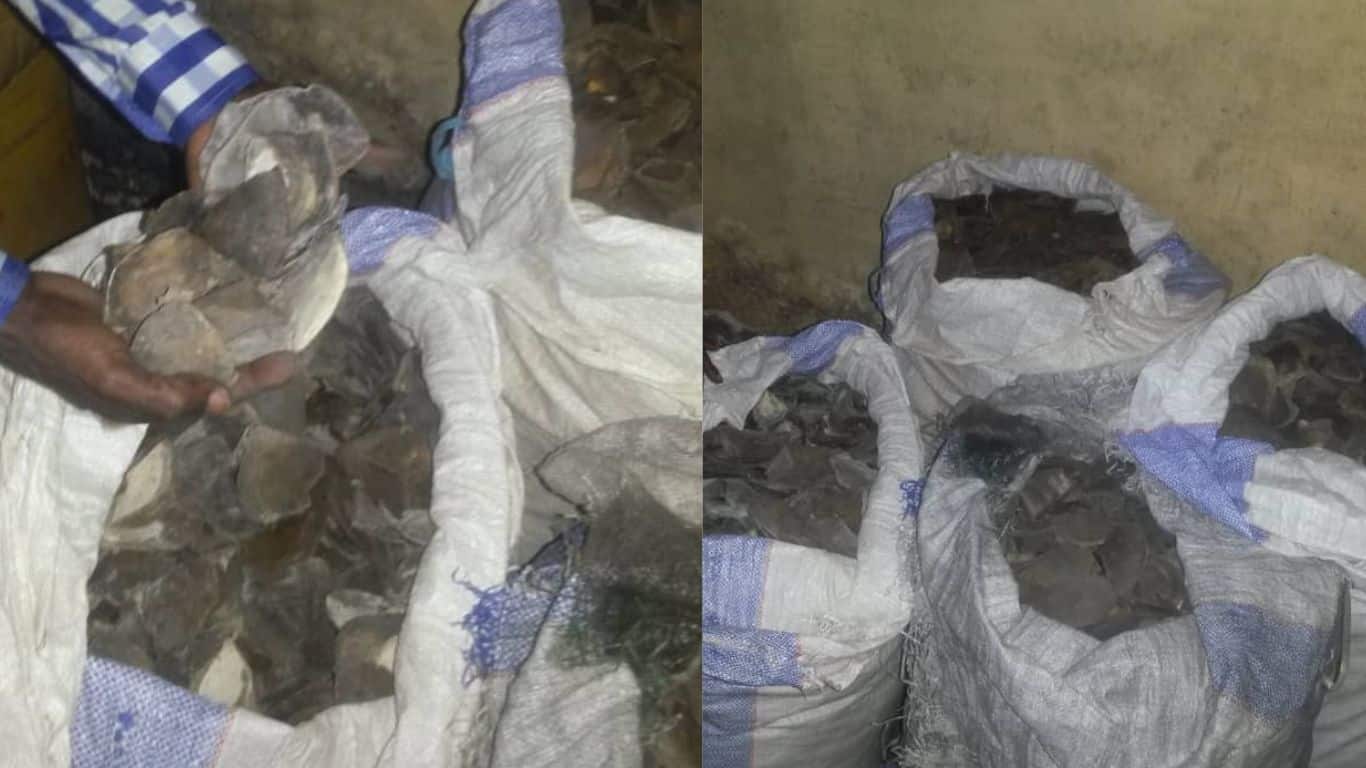 Global networks, cross-border partnerships and a symbiotic relationship with law enforcement all allow our partner to bring culprits to justice and protect the Congo Basin’s pangolins and other wildlife species. It is an approach that works and one that, with your help, will help preserve the rapidly dwindling pangolin species. Please, will you help us today?

P.S. It cannot be overstated: we are perilously close to losing pangolins. If we do not act now, we risk all eight species becoming extinct. Please donate as generously as you can right now to help us join the fight in shutting down the illegal wildlife trade and help to bring pangolins back from the brink of oblivion.

Shy pangolins, the world’s most trafficked animals, are being poached to extinction for food and the illicit wildlife trade. Often their scales are removed while they are still ALIVE, and then they are dropped into boiling water! We are perilously close to losing pangolins – if we do not act now, we risk all eight species becoming EXTINCT. Please use my donation today to join the fight in shutting down the illegal wildlife trade and help to BRING PANGOLINS BACK FROM THE BRINK OF OBLIVION! 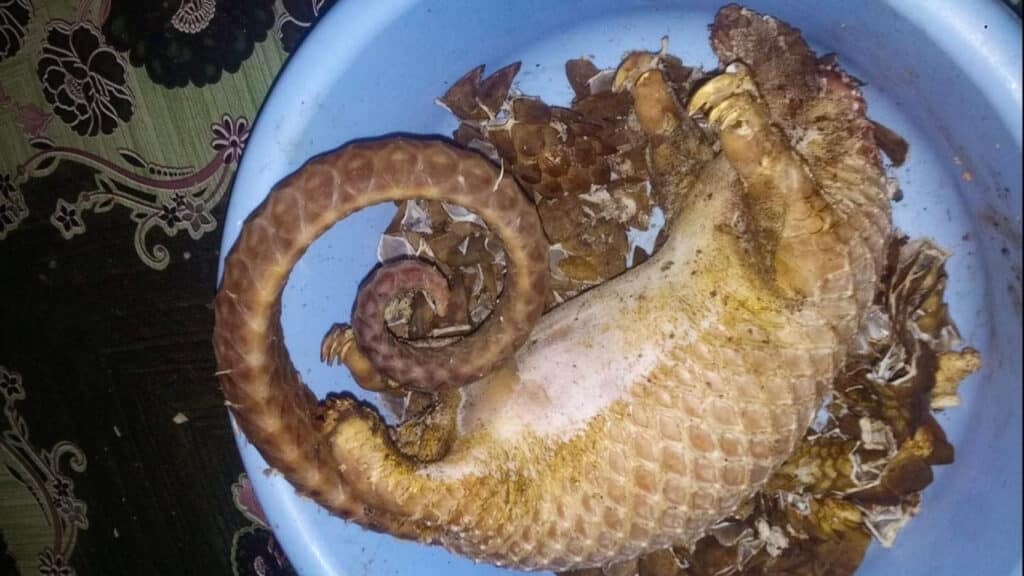