Last week, the Australian government described wildlife wet markets as a "biosecurity and human health risk" and urged G20 countries to take action against them. Even though nobody knows exactly how COVID-19 originated, it is thought that the coronavirus was spread through exotic animals at the Huanan wet market in Wuhan in China. Last week, the World Health Organization also called for stricter safety and hygiene standards in wet markets, particularly those selling exotic wildlife.

Generally, wet markets are common across the Middle East and Africa where people depend on them as an important food source. However, in the wake of the COVID-19 outbreak, opinions regarding wildlife wet markets across Asia in particular have turned negative. The World Wildlife Fund published polling earlier this month showing opinions about the markets in Hong Kong, Vietnam, Thailand, Myanmar and Japan.

It found that worries are high regarding the possibility of another coronavirus outbreak. 88 percent of those polled in Vietnam were either extremely or very worried about that occurring, along with 86 percent in Thailand, 79 percent in Myanmar, 78 percent in Hong Kong and 76 percent in Japan. In all countries except Japan, 90 percent or more of respondents would support government efforts to close wildlife wet markets. The report states that Japan's low figure of 54 percent is due to a large share of those polled saying that there are no wildlife wet markets in the country. Indeed, open wildlife markets are not thought to be particularly prevalent in Japan.

Originally posted my statista.com - the original post can be found here 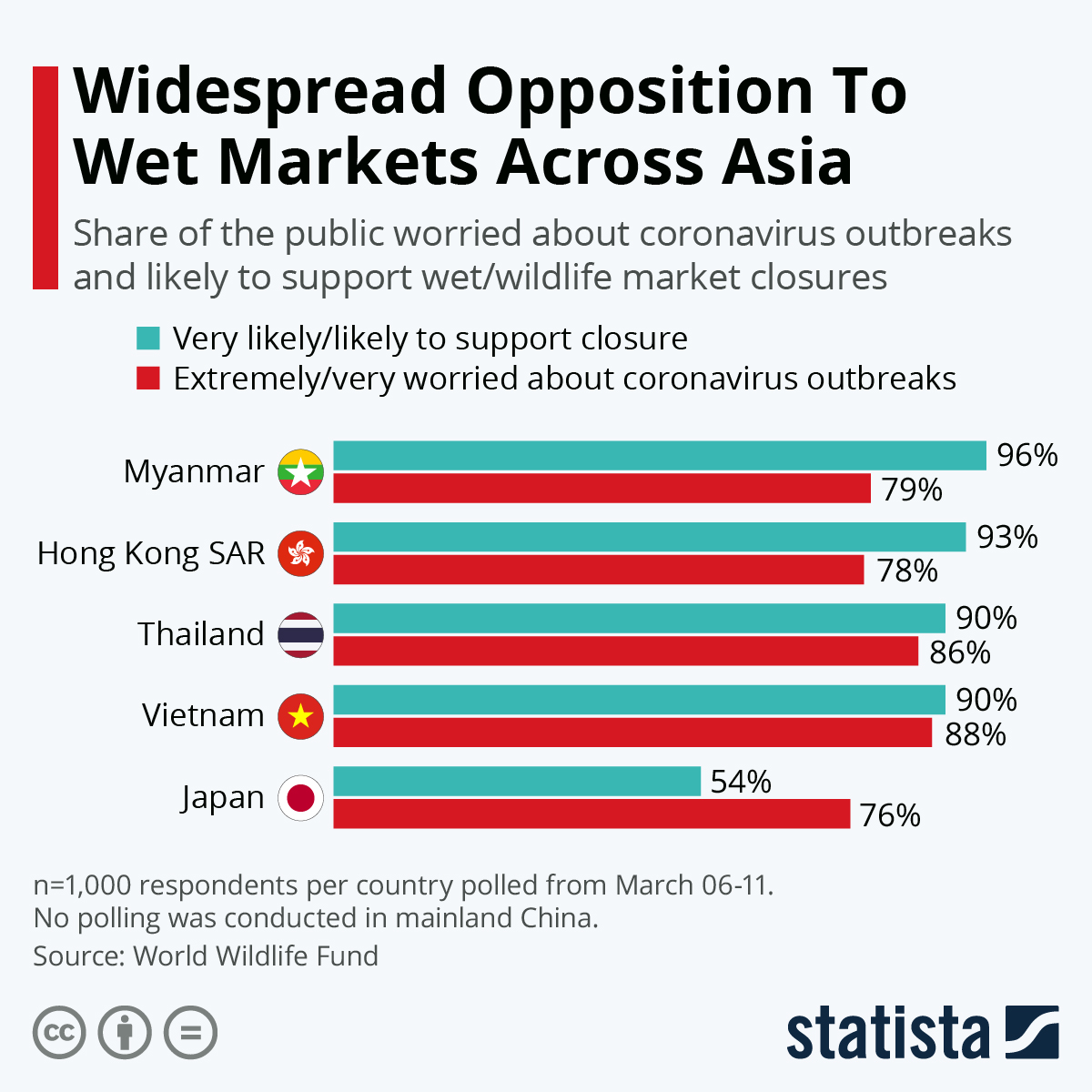