Alaskan hunters will be given the green light to slaughter bear cubs while they are safely tucked in their dens. In a shocking revelation, the Trump administration is having the National Park Service crush a 2015 order that safeguarded bears and wolves within protected lands. After President Donald Trump’s signature hits the document, authorities, and hunters will again be able to trap, bait, and kill families of bears while they are in their homes.

These new rules to kill predators and their young will be in direct paradox to guidelines written by the Barack Obama administration, which banned certain cruel practices for hunting these seriously misunderstood creatures. These new rules will cause mass suffering to the predatory wildlife that inhabits two million acres of public land in the state’s Kenai National Wildlife Refuge.

The slew of despicable new rules includes hunting black bears, wolves, and coyotes, as well as their cubs and pups, in their dens with the aid of artificial lights to draw them out of hibernation. It also allows for the slaying of caribou from motorboats, and, for the first time, bear hunting from “registered bait stations”.

Outraged conservation groups, along with most Alaskans, have argued that once sanctioned, these practices will open a dangerous gateway for hunters to use unspeakably cruel tactics in hunting, as well as lead to wildlife mismanagement, including baiting bears and the use of barbaric trapping devices. 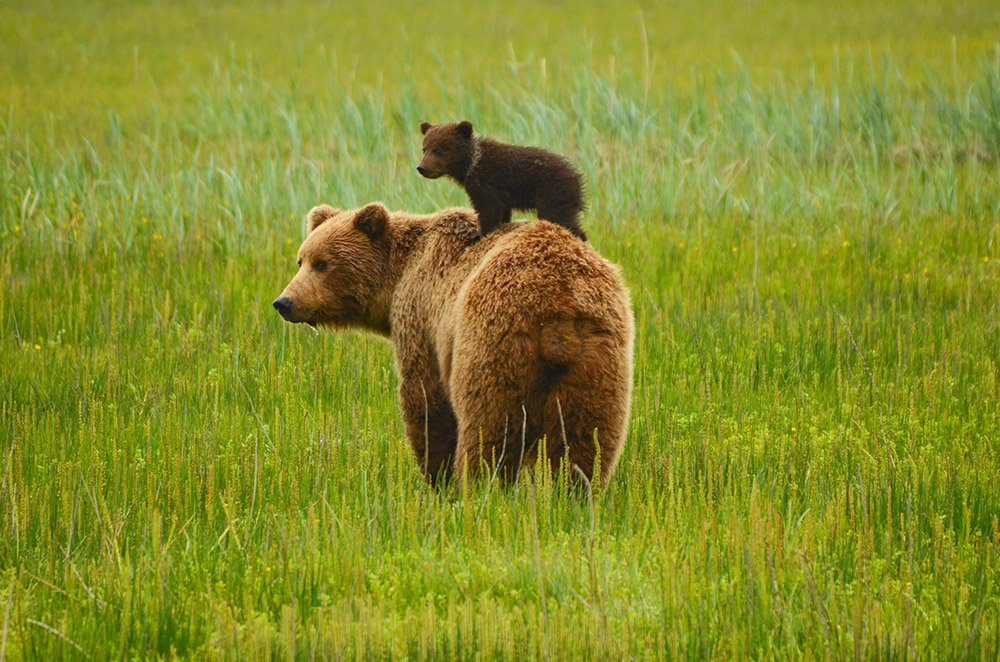 “We cannot stand by and watch as our national parks are turned into killing fields for trophy hunters,” said Andrea Matthee, a lead campaigner at international animal welfare organization, the Animal Survival International (formerly Political Animal Lobby). “If animals cannot be safe from the hands of hunters while in their own homes, where are they expected to be safe?”

Matthee continued to say that baiting bears is a cowardly and cruel practice in which trophy hunters leave out piles of junk food like doughnuts and candy to lure the bears and then shoot them. Females who have recently given birth are particularly attracted to the bait, given that they emerge from their dens in worse body condition than other bears, having lost up to 40% of their body weight.

“When a lactating mother is killed, her orphaned cubs are also likely to die, either of starvation or by being killed by other predators. The traps hunters use to immobilize bears also have no place in modern society. Steel-jaw traps are notoriously used to clamp down on the bear’s legs, causing excruciating pain as they cut into the flesh, often down to the bone - mutilating the leg or paw. Some bears, especially mothers with babies to feed, will try to chew off their own limbs in an attempt to escape. These poor animals often struggle for hours or even days before the trapper returns to kill them.”

Jesse Prentice-Dunn, policy director for the Center for Western Priorities – a nonpartisan conservation and advocacy organization - said that the rule change was "amazingly cruel" and "just the latest in a string of efforts to reduce protections for America's wildlife at the behest of oil companies and trophy hunters."

Jamie Rappaport Clark, President and CEO of Defenders of Wildlife, agreed, saying that the Trump administration has shockingly reached a new low in its treatment of wildlife and that allowing the killing of bear cubs and wolf pups in their dens is utterly barbaric and indescribably inhumane.