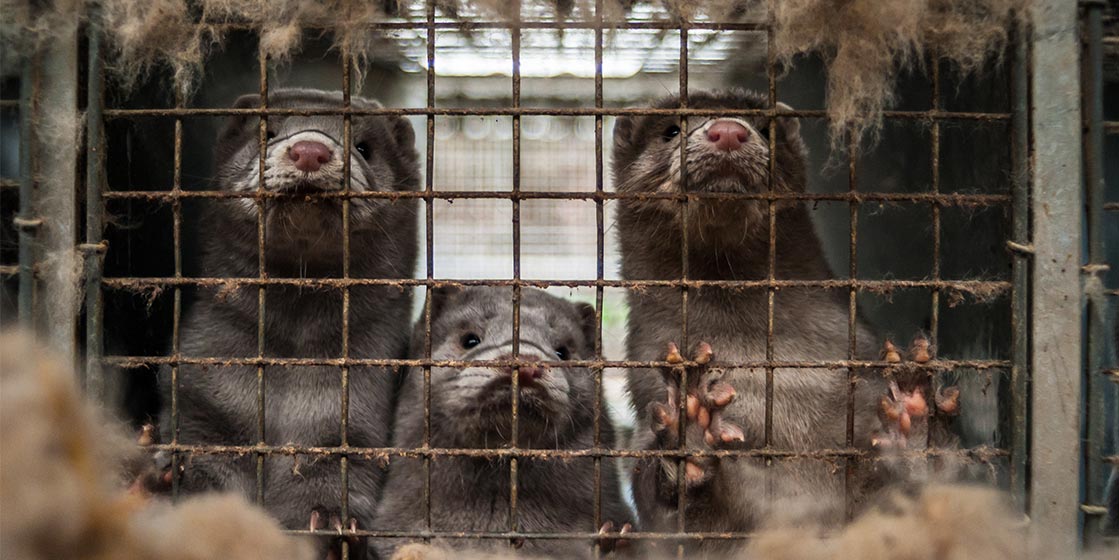 Shocking footage reveals the nauseating horror of mink farming in France. Described by campaigners as something “from a horror film”, a mink with paralyzed back legs is photographed dragging itself across the wire of its cage to reach a few drops of water. Another mink is seen with hideous, infected eye wounds. All were are living in squalid conditions, surrounded by piles of their feces - a situation that is typical at mink farms throughout France.

The slaughtering of minks is just as horrific as the abuse they endure while they’re alive. Minks are subjected to being skinned alive, having their necks snapped, having their throats slit, or being poisoned. Undercover investigations discovered that some fur farms hook wires inside the creatures’ mouths and anuses, and then jolt them with electricity to induce fatal heart attacks.

French and European animal protection laws have failed these sentient beings dismally. The fur farming industry is thriving, and innocent animals are dying by the millions. Fur bans exist all around the world but so many loopholes exist that the trade continues unabated.

“Minks are forced to live in squalid, cruel and painful conditions in cages so small that moving is near impossible. They are starved and often left for days without clean water. The air they breathe is thick with the smell of urine and feces.”

“With the option of synthetic alternatives, we have absolutely no need for animal fur. Why does 85% of fur still come from factory farmed animals? There is no excuse. Do you want to make a difference and stand up for animals all over the world? It’s simple – do not buy animal fur,” concluded Peters.

The European Union accounts for 63 percent of global mink production, with Denmark accounting for 28 percent of that total. Other major producers include China, the Netherlands, Russia, and the U.S. China is the largest importer of fur pelts and the largest exporter of finished products.