Millions of tourists visit South Africa every year to safari in the country’s legendary national parks  but South African’s skill at conserving wild animals has a dark side: hundreds of captive bred lions are killed annually in “canned” lion hunts and recently it has come to light that the country is exporting increasing numbers of captive-bred Asian tigers.

The full-length documentary Blood Lions  which was released in South Africa in 2015, highlights the serious ethical problems and cruelty associated with canned lion hunting: the practice of keeping an animal in a confined area, thereby guaranteeing that a trophy hunter will be able to make a kill.

With canned hunting, lions are often hand-reared or bottle-fed as infants and because they are not afraid of humans, they will commonly approach them, thinking they are going to be fed. Instead they are killed, sometimes from the safety of a vehicle and often with arrows from high-powered bows that can prolong the animals’ suffering.

In South Africa lion breeding and canned lion hunting are controversial, but legal. There are an estimated 200 farms breeding captive lions and almost 8 000 individual animals are known to be held in cages or confined areas. In recent years, lion breeders have begun to take advantage of a growing market for lion bones and this is probably the reason why some have started to rear and export Asian tigers. 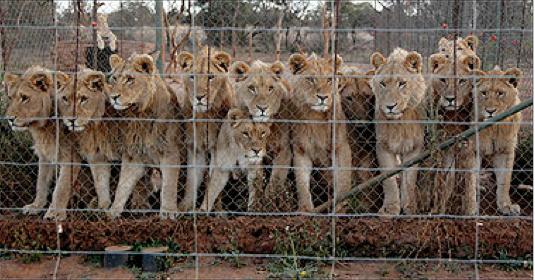 Lion and tiger bones are used in a traditional Asian medicine called “Tiger bone wine” which is used for the treatment of bone or joint-related ailments such as arthritis. The bones are boiled down until they form a glue-like substance, which is then dried in cake-like blocks from which shavings are mixed with wine and consumed.

The trade in tiger bones was banned in 1993 and Chinese manufacturers of tiger bone wine turned to lion bones. Recently, South African lion breeders have begun to tap into the market for lion bones, supplementing their earnings from the canned hunting industry by selling the bones of dead lions. Now the industry seems to be expanding into the breeding of Asian tigers.

According to the Conservation Action Trust in the past five years, South Africa exported over 200 live captive-bred tigers, mostly to Asia and the Middle-East. These figures exclude the dozens of tiger trophies, bones, claws and skulls exported over the same period.

South Africa has at least 280 tigers kept in 44 facilities across the country. Of concern is that there is little or no monitoring of the breeding facilities and some farms have been implicated in selling tigers and tiger parts to Asia without the necessary export permits.

“South Africa has a proud history in the conservation of African animals and it is disappointing to see how the conservation ethic has become twisted to the point that magnificent predators like lions, and now tigers, are considered mere commodities,” said Animal Survival International (formerly Political Animal Lobby) spokesman, David Barritt.

“ASI has been critical of the practice of canned lion hunting since the shameful practice first came to light and we call on the government of South Africa to do a better job of regulating the trade in live lions and tigers, as well as the shameful trade in animal parts.” 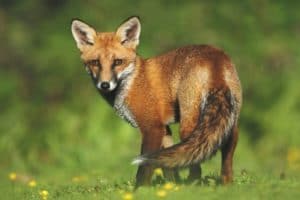 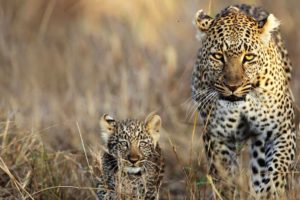