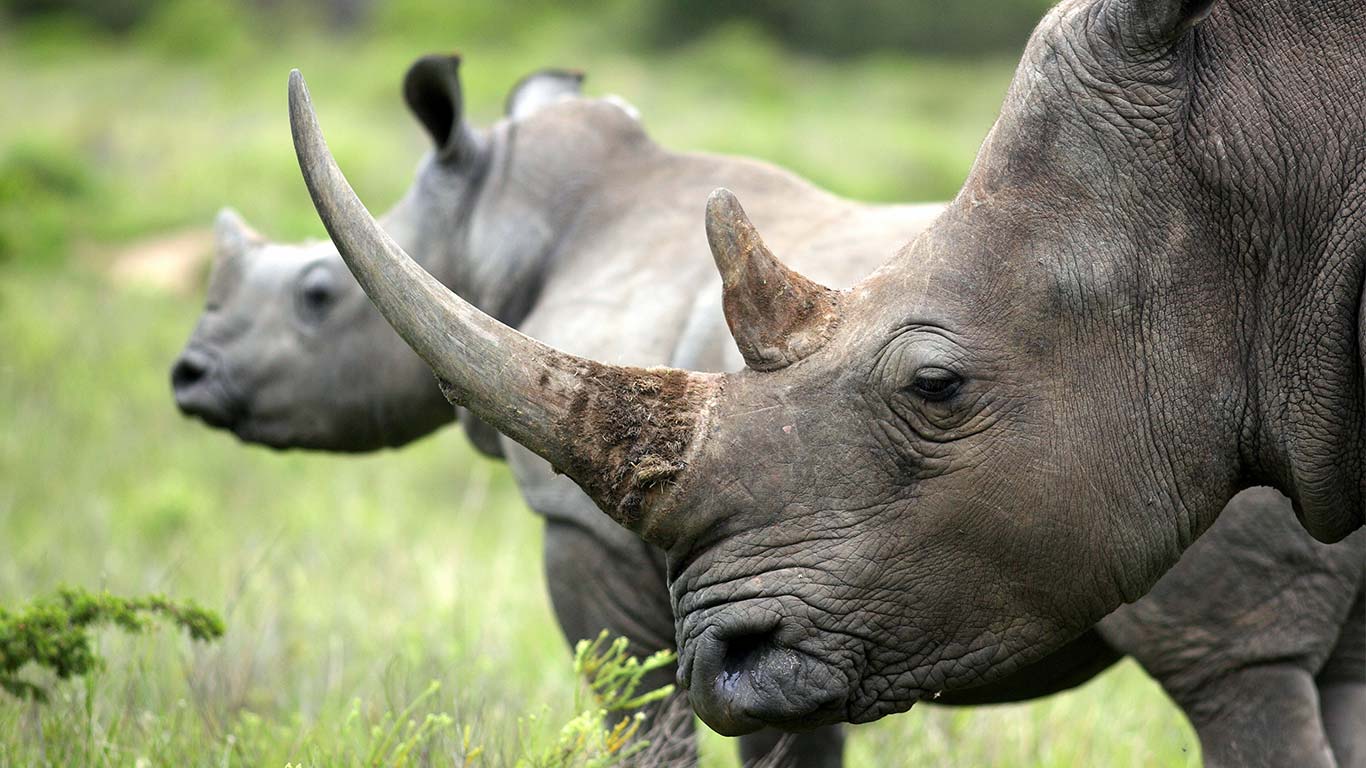 A sobering new report by South African National Parks (SANParks) has confirmed the shocking decline in rhino numbers in Kruger National Park, home to the highest concentration of rhino in the world. Figures have plummeted to an estimated 3,529 white rhino and 268 black rhinos.

This information, which come after years of silence by the government on the exact number of rhinos living in the park, confirms a drop of 67% since 2011 for white rhinos and 35% since 2013 for black rhinos.

These slashed numbers are the result of unprecedented rhino poaching over the past decade, fuelled by an insatiable demand for their horns abroad. Despite regular government reports on the number of rhinos poached, arrests and incursions, the details of existing populations have been unknown to the public until now.

Annual reports have shown poaching numbers steadily dropping over the last five years, but these updates have focused solely on the decrease in actual poached rhino and incursions. With this new population update it is evident that the reduced population is a major contributing factor to lower poaching numbers. There are simply fewer rhinos to kill.

Adding to this, the number of lactating rhino cows killed by poachers has a knock-on effect on population levels as this often leads to the death of dependent calves.

However, anti-poaching efforts by both government and the private sector still play a major role in reducing losses for the last remaining rhino populations in South Africa. These efforts include using technology for high-level vigilance and quick reaction, improved information handling and better engagement between government, the private sector, non-profits, and donors.

“These population figures heighten the reality that the rhino species is ever closer to extinction, despite efforts to fight poaching. The only way we can prevent this decline is to vigorously enforce international agreements in banning rhino horn trade,” says Adrienne West, chief campaigner of the Animal Survival International (formerly Political Animal Lobby).

Kruger National Park is South Africa’s largest national park and home to the highest concentration of rhinos in the world.