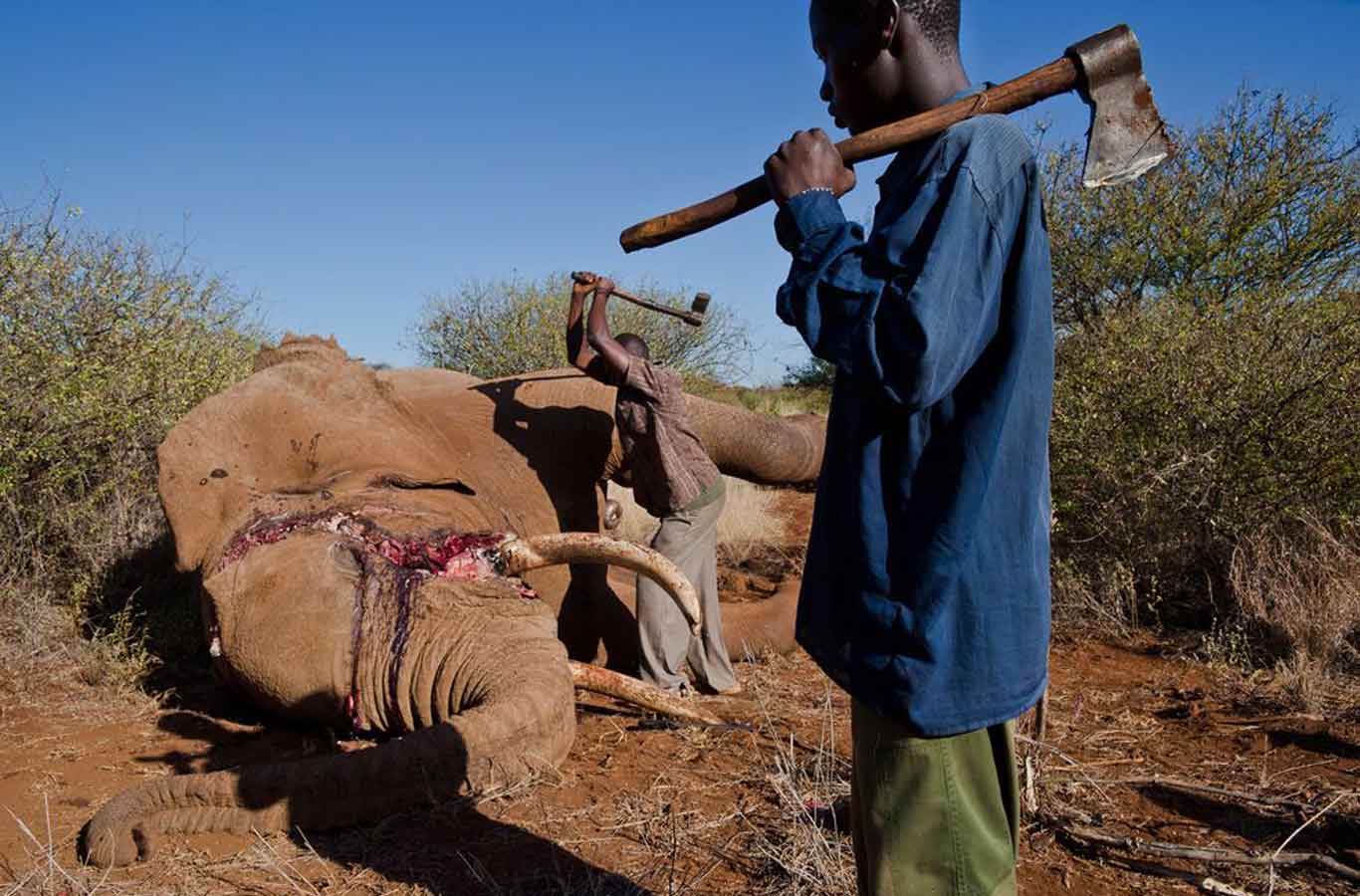 As many as 35,000 elephants are massacred each year in Africa – the brutal murders of these iconic giants driven by an insatiable demand for ivory. Today Africa is home to just 415,000 African elephants – a sobering 30% drop in the last decade and down from 10 million a century ago. Never before has the call to stop the killing, stop the trafficking, and stop the demand for ivory been more desperate. And yet, the EU has shockingly opposed an outright ban to the Ivory trade. What on earth were they thinking?

The continent’s pachyderms have been decimated at the hands of humans through poaching, trophy hunting, and habitat loss. Even though African elephants are classified as “vulnerable to extinction” by The International Union for Conservation of Nature (IUCN), certain positive policies are being ignored. CITES (Convention on International Trade in Endangered Species) members voted against the trade in live wild-caught African elephants at COP18 in Geneva last August. However, six southern African countries including South Africa did not support the resolution. Botswana even reintroduced elephant hunting in May 2019, with a 2020 quota of 272 elephants!

Europe’s strategies to tighten elephant protection in Africa while doing absolutely nothing to stop their own blooming ivory market is a move that reflects extreme double standards. The existence of legal domestic ivory markets in the EU and elsewhere provides cover for criminals to launder illegal ivory from poached elephants, puts the burden of proving illegality on enforcement officers, and confuses consumers, many of whom misunderstand market availability of ivory for the legality of the trade.

As part of its plans to be the first net-zero emissions, zero pollution continent by 2050, the European Union (EU) published its Biodiversity Strategy for 2030 - a strategy touted as a comprehensive, ambitious, long-term plan for protecting nature and reversing the degradation of ecosystems.

Ironically, the strategy proposes - among other issues - a further tightening of the rules on EU ivory trade, while nonetheless maintaining a thriving ivory market itself!

ASI had hoped the EU would actually come to the party and address the actual elephant in the room - the implementation of an outright ban on all ivory imports and exports. Instead, all the EU has done is dished out lip service on how other nations should manage their wildlife, while simply sweeping the implications of their own actions under the carpet. 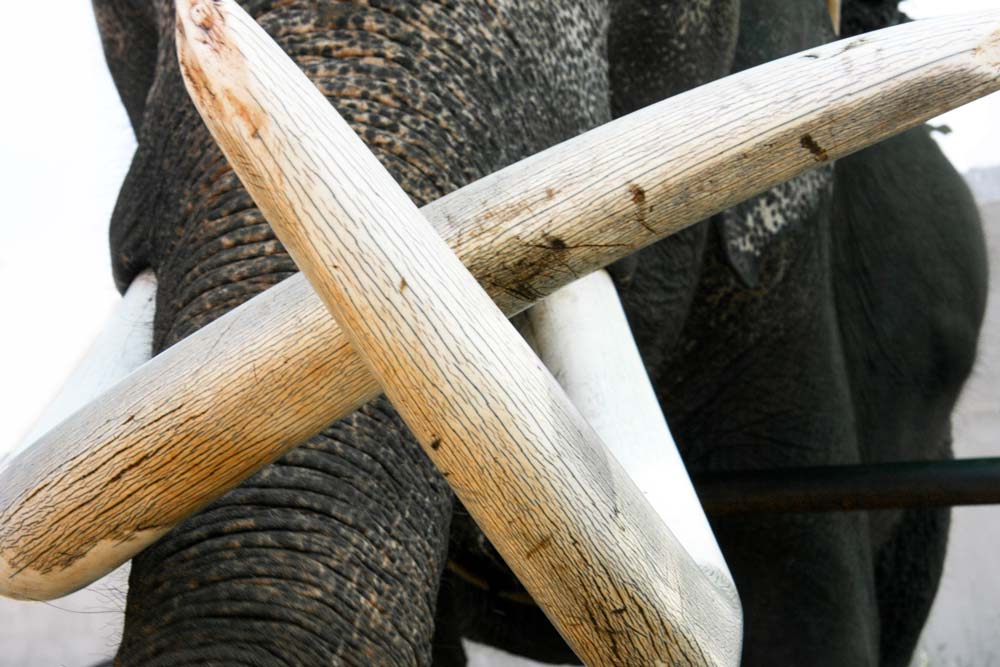 “The UN is considered to be the third-largest destination for illegal wildlife and a crucial hub for the ivory trade. In fact, the EU is the largest exporter of legal ivory in the world. Of course, elephant poaching isn’t happening in Europe itself. That would be exploiting one’s own natural heritage. Instead, the EU is undercutting the efforts of other countries to shut down the ivory trade - effectively acting as a key contributor to the destruction of Africa’s natural heritage,” said Nicolette Peters of ASI.

“Poaching has decimated the world elephant population, which has slumped in Africa from several million at the turn of the 19th century to around 400,000 today. 20,000 elephants are killed each year for their ivory. That equates to one elephant every 26 minutes. More African elephants are killed by poachers each year than are being born. Any legal trade enables and encourages illegal trade. If current poaching levels continue, elephants may be extinct in the wild within the decade, no thanks to the pathetic response the EU has taken. We urgently need to put the lives of elephants above profit and greed.”

Until the EU shuts down its domestic market and puts an end to ivory sale loopholes, ivory will continue to be laundered into European markets under the guise of being ‘old or small stock’.

The EU currently has rules on ivory sales within its borders. It’s illegal, for example, to export elephant tusks out of the EU, and only objects dated before 1947 can be bought without paperwork – any ivory made after that date requires a certificate to purchase.

However, investigations have revealed that as much as a fifth of ivory objects came from elephants killed after the global trade ban in 1989. It is still too easy to trade illegal ivory within and out of the EU. Ivory sold as antique requires no proof of authenticity or origin within Europe and it is still easy to find ivory sculptures for sale online with no proof of their provenance.

ASI shares the sentiments of the Elephant Protection Initiative Foundation (EPI), an organization comprising of 21 African countries working to secure the protection of African elephants. EPI emphasized that a further tightening of the rules by the EU is “hardly progress”. Countries that had thriving markets such as China and the US have gone ahead to ban ivory trade, which has helped decrease poaching within some parts of Africa. It would seem logical that the EU only follows suit.

“The European Commission maintains that the EU’s ivory market deals only with old ivory stocks and has no influence on current poaching levels. That is a blatant lie. Giving ivory a value prolongs demand, which maintains the push for supply,” added Peters. “All the EU are doing is gifting a loophole to illegal traffickers to brutally butcher elephants."

The solution is loud and clear – a total ban on ivory trade is the only way of giving elephant populations a chance to thrive. Elephant poaching in Africa has reached a critical point threatening the extinction of these animals. Their protection far outweighs the ridiculous need for artifacts and collectibles carved from their tusks.

"In essence, any person buying ivory tusks or products made from ivory is just as guilty as the person who originally killed that elephant. Allowing ivory sales to continue just transfers the blood of an elephant from the hands of the poacher, into your own. The best way to tackle the ivory trade is to disrupt and dismantle the ivory market by making it absolutely impossible for poachers to sell elephant tusks," concluded Peters.