Heartbreak as Over 500 Wildlife Shot Dead by Hunters in Portugal 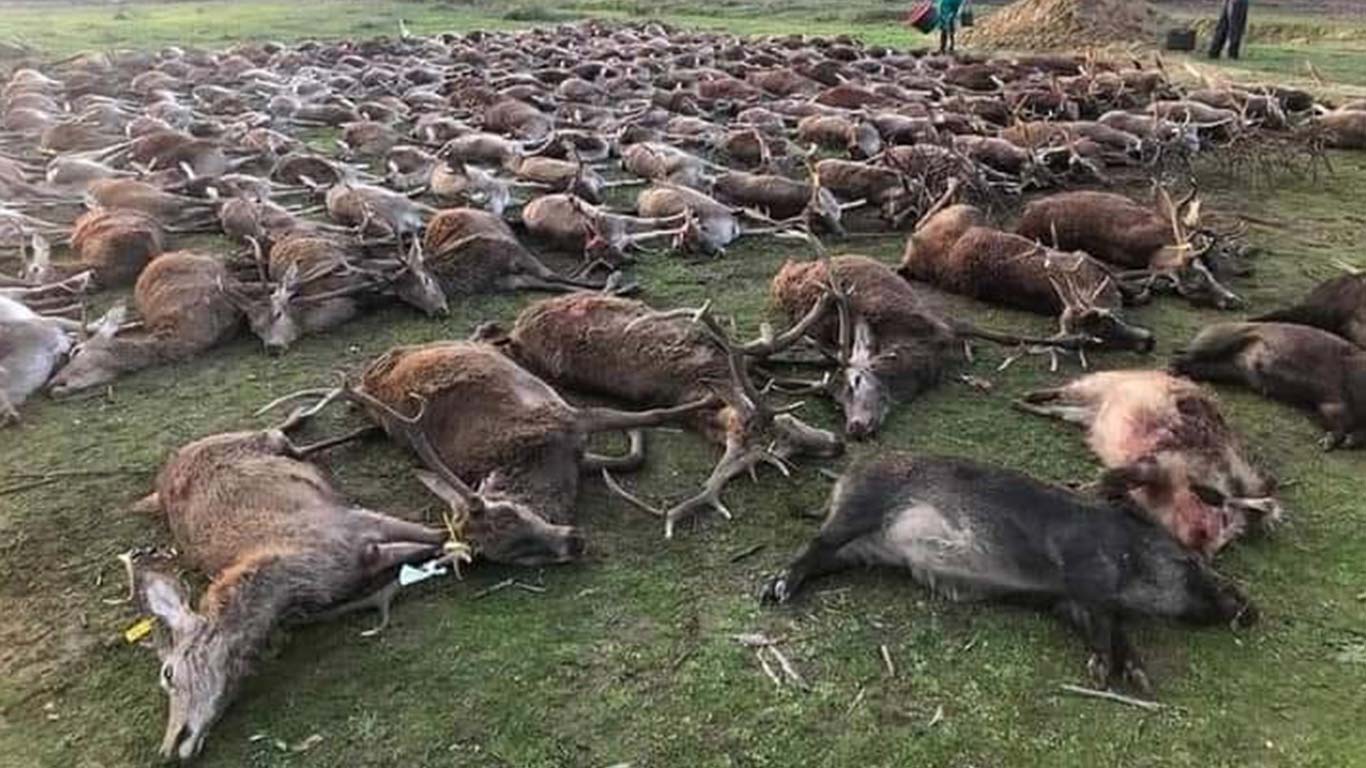 The indiscriminate and senseless slaughter of over 500 wild animals in Portugal by a group of Spanish hunters has been described as a “vile and hateful act against nature”.

The killing spree spanned over two days in mid-December on a 2,700-acre farm in Torrebela, roughly 40km from the Portuguese capital Lisbon.

According to several reports, 16 hunters paid up to €8,000 (£7,235) each to frivolously shoot deer and wild boar living on the farm. For animals such as deer, who live in close-knit family units, hunting can devastate entire communities. As it stands, deer numbers in Portugal are already dangerously low.

What makes this incident even more disturbing is that authorities have since confirmed that the animals were fenced in, with nowhere to run and with absolutely no hopes of escape.

Heartbreaking images of the dead animal piled in rows on the farm were openly posted and shared on several social media platforms, sparking outrage among wildlife activists and conservationists.

The incident has led to Portugal’s Institute for Nature Conservation and Forests (ICNF)’s announcement to suspend the hunting permit for the Torrebela hunting zone.

The Institute also said that it would submit a full report of the killing to prosecutors, hoping that those responsible for these innocent animals' deaths will be punished for their cruel actions.

This case follows the deaths of two of Spain’s protected brown bears, shot dead in separate incidents during wild boar hunts in November.

One adult female bear was accidentally shot after reportedly being mistaken for a wild boar by a hunter in a conservation zone in the ASIentina mountains near Ventanilla.

Another was killed by a hunter who disturbed the animal while hunting for wild boar in the Bardaji valley in the Robagorza region of the Spanish Pyrenees.

The deaths have raised questions over the issuing of hunting licenses within habitats known to be home to various endangered wildlife species.