Cites, the United Nations organisation which regulates wildlife trade, meets in Sri Lanka in May for its 18th session. First on its agenda should be its chronic inability to conserve the world’s natural resources. It’s a discussion the organisation has been avoiding for years. Here’s why its approach is failing.

The obvious way to protect the natural world is through cautionary, conservation-based principles and conventions. Instead, Cites attempts to do this on the basis of trade.

It hasn’t worked for the past 40 years of the organisation’s existence, but signatory countries still believe trade is the way and refuse to be persuaded otherwise. Challenging their premise is a waste of time.

Conservation NGOs which should be highlighting Cites’ failures aren’t doing so. When asked why not, their response is generally “We know the system isn’t great, but it is all we have.”

When pushed, some admit they don’t want to upset the Cites secretariat or the parties as they don’t want to be uninvited to the working group meetings in Geneva or to the Conference of Parties, which would rob them of the status of “having a seat at the table”. While signatories (governments) have an automatic invitation to Cites meetings and working groups, conservation NGOs are invited by the “grace and favour” of the formal stakeholders.

Conservation NGOs are also concerned that if the Cites trade permit system is seen as flawed by the general public, it would reflect very badly on them for having allowed this to go on for decades.

So if we’re stuck with regulating trade as the basis of conservation for the foreseeable future, then at least the governments, agencies and organisations supporting it must demonstrate that the system administering and monitoring this trade is fit for purpose for the species it’s created to protect.

This is not happening and may never have happened. People and businesses that want to maintain trade in wildlife consistently use the statement that they comply with all Cites trade permit rules. How do we know? 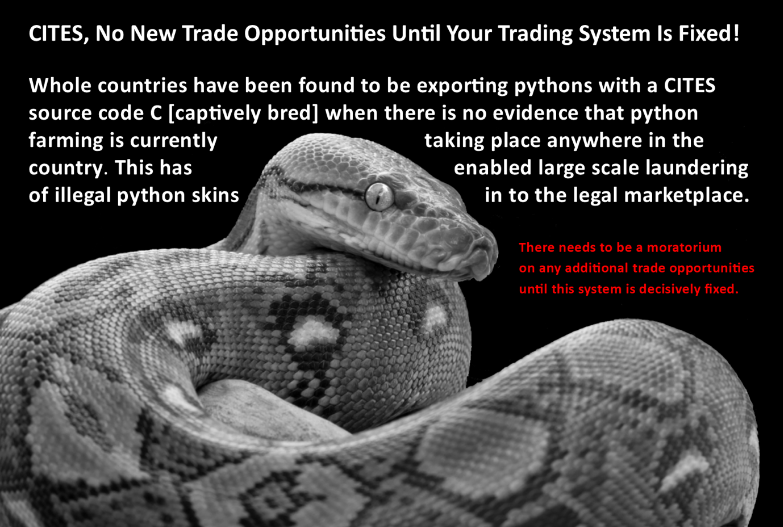 For the Cites system to prevent illegal trade, its monitoring system needs to be transparent and provide the ability to track individual items from origin to destination, without loopholes, gaps or opportunities to launder illegal items into the legal market. However, there’s a growing body of evidence that the Cites trade permit system is not managing this and, in many instances, is held in contempt by representatives of agencies who use it.

In reality, the Cites trade and permit system is completely useless in reconciling even the most basic import and export data. Items are not identifiable, not tracked and even quantities recorded are ambiguous (such as “10 units” of ivory, which is meaningless). 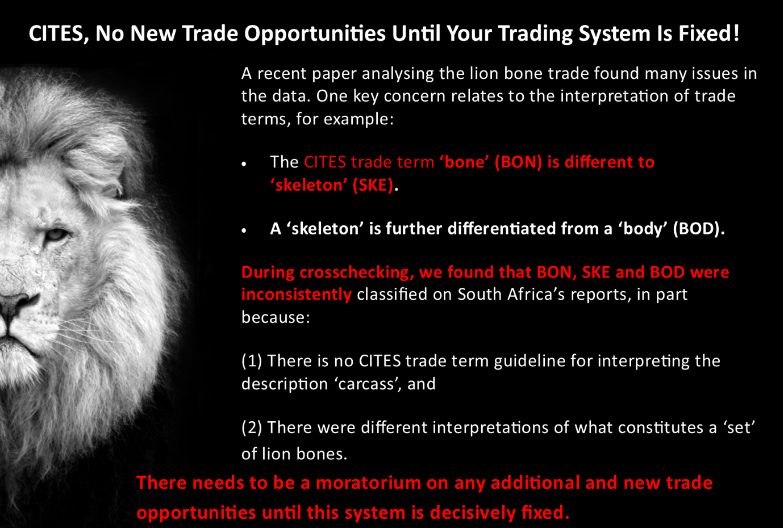 Many countries do not require import permits, making reconciliation and auditing impossible. Permits are mostly paper-based and generally not reconciled with customs documents such as lading bills or air waybills.

Following research on hippo teeth trade between Africa and Hong Kong, Alexandra Andersson commented: “A quick scan of the records demonstrates that vast and consistent data discrepancies are clear in many cases, and that the true volume of many traded endangered species is simply unknown. This is alarming, considering the reason all of these species are included in Cites is because they are vulnerable to over-exploitation, and extinction.”

The trade is huge. A 2012 British House of Commons report estimated the annual legal wildlife trade to be $320-billion. A 2017 report by the World Customs Union said the annual illegal trade could be as high as $258-billion. 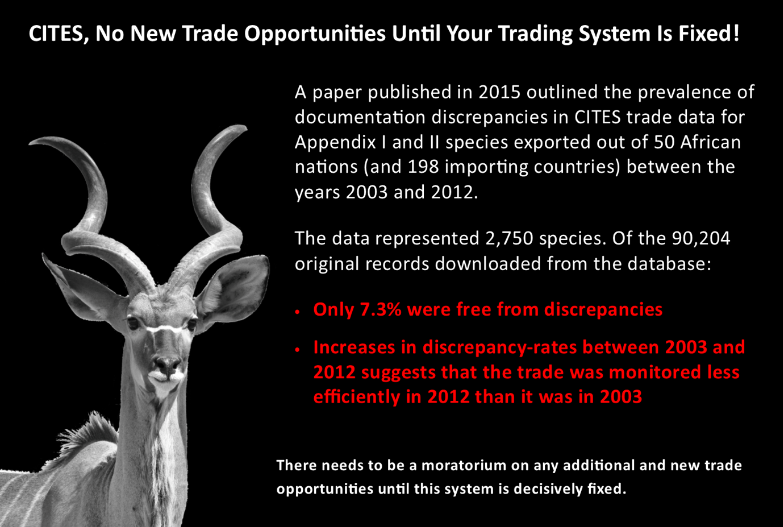 As the conservation organisations have no power and are not prepared to rock the boat, the focus for activists and the concerned public must be to influence the 183 signatories to Cites. This requires using the language of trade. But there’s no point in continuing to push concerns about the impact of the illegal trade because this only ends up with the same-old, same-old: “We don’t have enough information, we need NGOs to do more research.”

What it’s really saying is: “We don’t want to have a difficult conversation about this with the relevant signatory countries, so let’s put the decision off for another three years, pay for more unnecessary research and then hopefully by then we’ll have sufficient information that we can make a consensus decision so it doesn’t feel uncomfortable and no one threatens to pull out of Cites, because we don’t want too many people in the world to realise that Cites is a toothless regulator.” 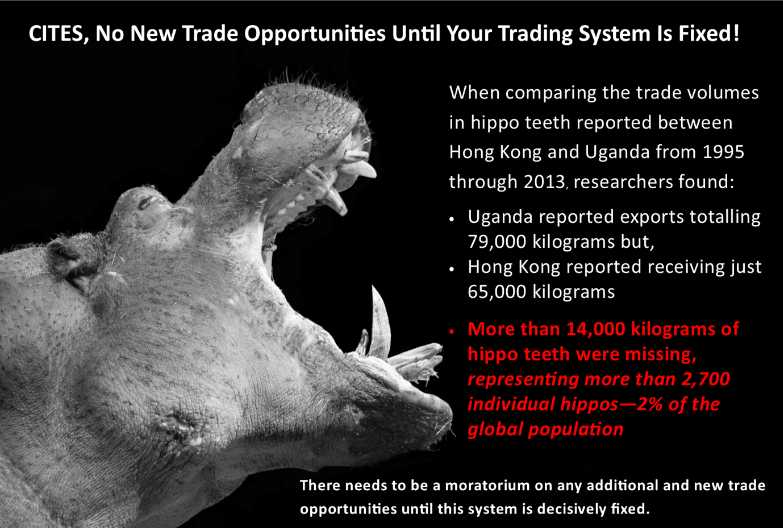 Given the evidence that the present trade system is not fit for purpose, there needs to be a moratorium on all new trade – for example rhino horn or additional quotas – until the system is decisively fixed and resourced. This needs to be a part of the agenda at Cites CoP 18 in Sri Lanka and beyond.

The beginnings of a solution came in a letter sent to Cites by the NGOs Nature Needs More and For the Love of Wildlife in September last year. A precautionary approach is suggested, based on the reverse-listing of all species that may be traded without damage to the species or their ecosystems. Nothing not on the list could then be legally traded. This would make trade easier to monitor, under the current system 35,000 species are listed for trade restrictions, which is impossible to monitor.

A levy is also proposed on all trade approved under Cites in order to provide the organisation with sufficient funds to create a transparent, traceable and tamper-proof trade system.

Cites, as the key agency and facilitator of trade in fauna and flora, has had over 40 years to evolve and perfect a system vital to the conservation of wildlife. If Cites and conservation agencies want to continue to be relevant to this issue, they should fix the basics or step aside, so a conservation-focused rather than a trade-focused system can be put in place.

This change won’t come from within Cites or even conservation NGOs. The best source of pressure is an informed, concerned and vocal public. Here is some of the information they will need.