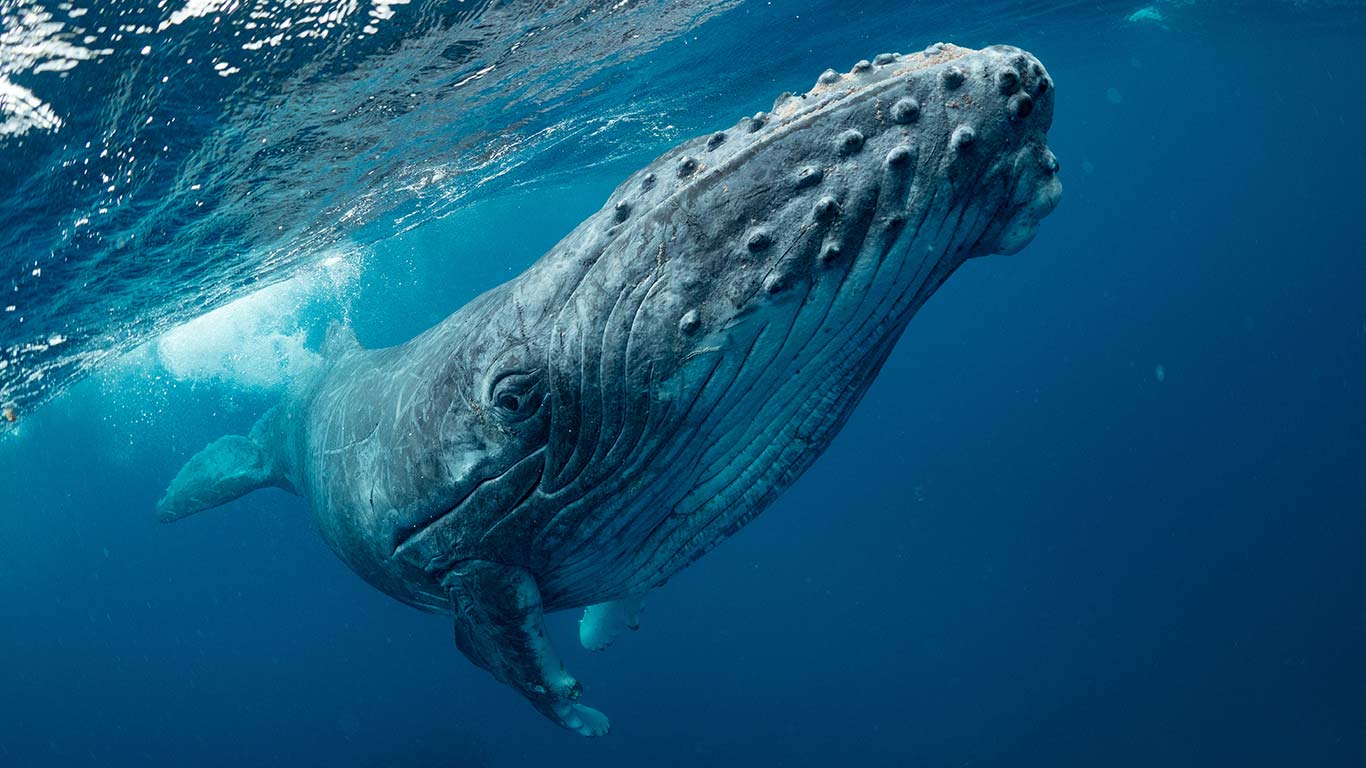 Recent studies in the Gulf of St Lawrence, Canada, show an alarming drop in the number of calves born to humpback whales over the past 15 years. Scientists say the climate crisis is to blame.

Each summer, humpbacks return to the north Atlantic, an important feeding ground for whales. But, according to researchers, a rapid rise in sea temperatures and sea levels is affecting ecosystems and causing a decrease in herring numbers, a vital food source for humpbacks.

To ascertain the effects and confirm suspicions of dwindling birth-rates, scientists used blubber samples from female humpbacks to determine whether the whales were pregnant. By identifying markers on individuals, they could confirm whether the whales returned to the Gulf of St Lawrence with calves or not.

It was found that 39% of the pregnancies were unsuccessful and the annual calving rate had dropped drastically from 2004 to 2018.

According to a published report, the findings suggest the decline in reproduction is due to a lack of prey species which is an effect of disrupted ecosystems. This has resulted in females being unable to accumulate the energy reserves needed to maintain pregnancy and meet the demands of lactation.

It was previously thought that baleen whales, a group to which humpbacks belong, were potentially resistant to the effects of climate change, by changing migratory patterns and switching prey species if abundance levels dipped. But the decline in calving rates in the north Atlantic over a period of major environmental change suggests a “limited resilience” to these ecosystem changes.

“Unless we take radical action to slow down the effects of global warming, we risk losing some of our most important keystone species, such as the humpback whale, which are essential in keeping ecosystems in balance,” says Adrienne West, Chief Campaigner at Animal Survival International (formerly Political Animal Lobby).

Whales play a vital role in helping combat climate change by circulating nutrients in the water as they dive and surface. This action, known as the “whale pump”, encourages the growth of phytoplankton, which, through photosynthesis, absorb 40% of carbon from the atmosphere. This is equivalent to the work of four Amazon rainforests. Over the long-term, a lack of healthy reproduction in baleen whales will have a knock-on effect on other essential climate regulators.