As Russia’s war against Ukraine rages on, ASI is deeply concerned about the country’s wild animals. We are dismayed by the relentless anguish thousands of animals are enduring because of the violence and destruction. The war is having catastrophic consequences on Ukraine’s free wildlife and on the poor, unfortunate animals locked captive in zoos. 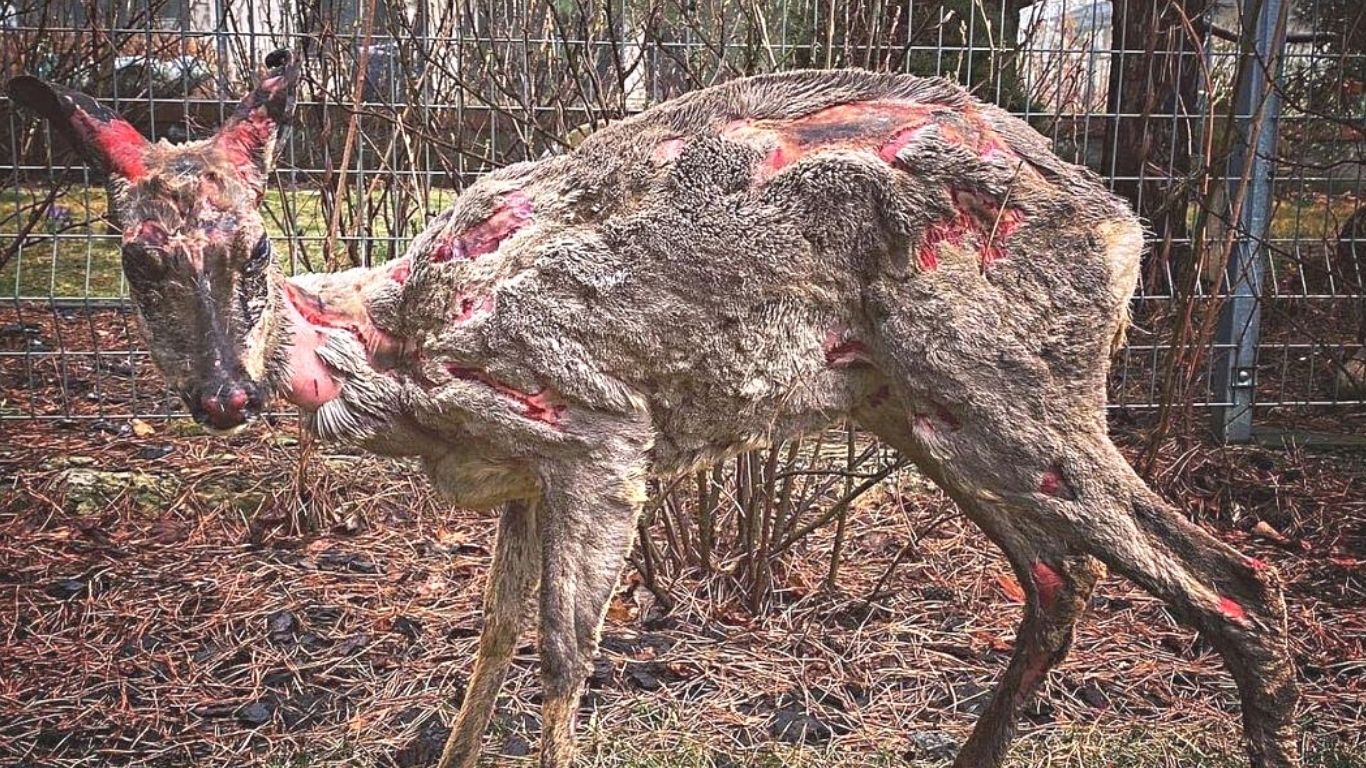 Right now, over 6,000 animals are suffering at the Feldman Ecopark in Kharkiv, Ukraine. Since the beginning of the invasion, Kharkiv has been subjected to heavy shelling and bombing. For well over a month now, the park’s animals have been exposed to the ear-splitting noises that have accompanied the countless explosions, gunshots, rockets and air-raid sirens. Their stress levels have soared – they are starving and terrified, and their cages are on the verge of collapse. 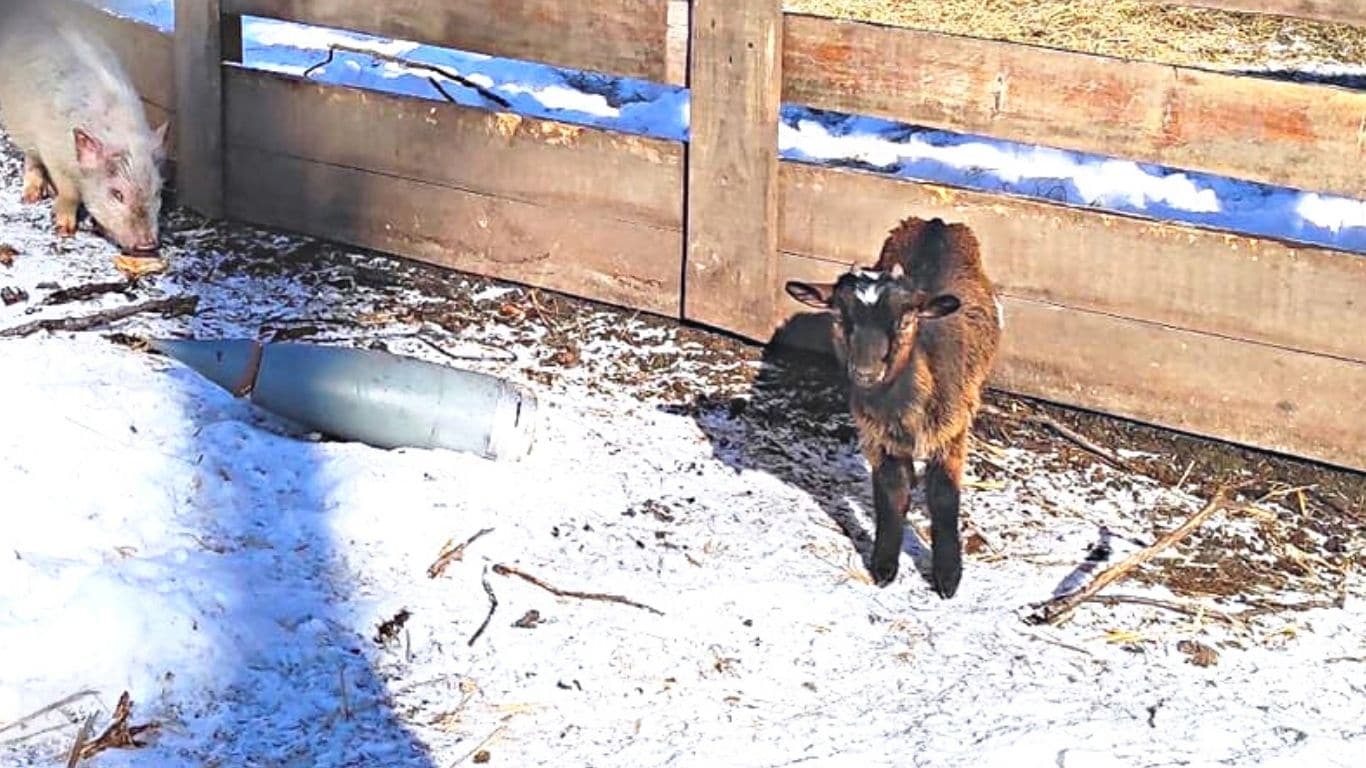 A Russian shell landed amidst the animals

Alexander Feldman, the owner of the Ecopark, has said that the animals’ cages will not remain intact if even one more shelling takes place – and that seems inevitable.

The sad reality is that unless action is taken now…
THESE ANIMALS WILL BE EUTHANIZED!
6,000 trapped and terrified animals desperately need your help to be evacuated!

We have a plan, but we need your help to pull it off.

ASI has partnered with UAnimals, an animal organization working to rescue animals from the chaos. Since the outbreak of war, UAnimals has financially supported animal shelters in Ukraine and delivered animal food to various shelters and Ecoparks. 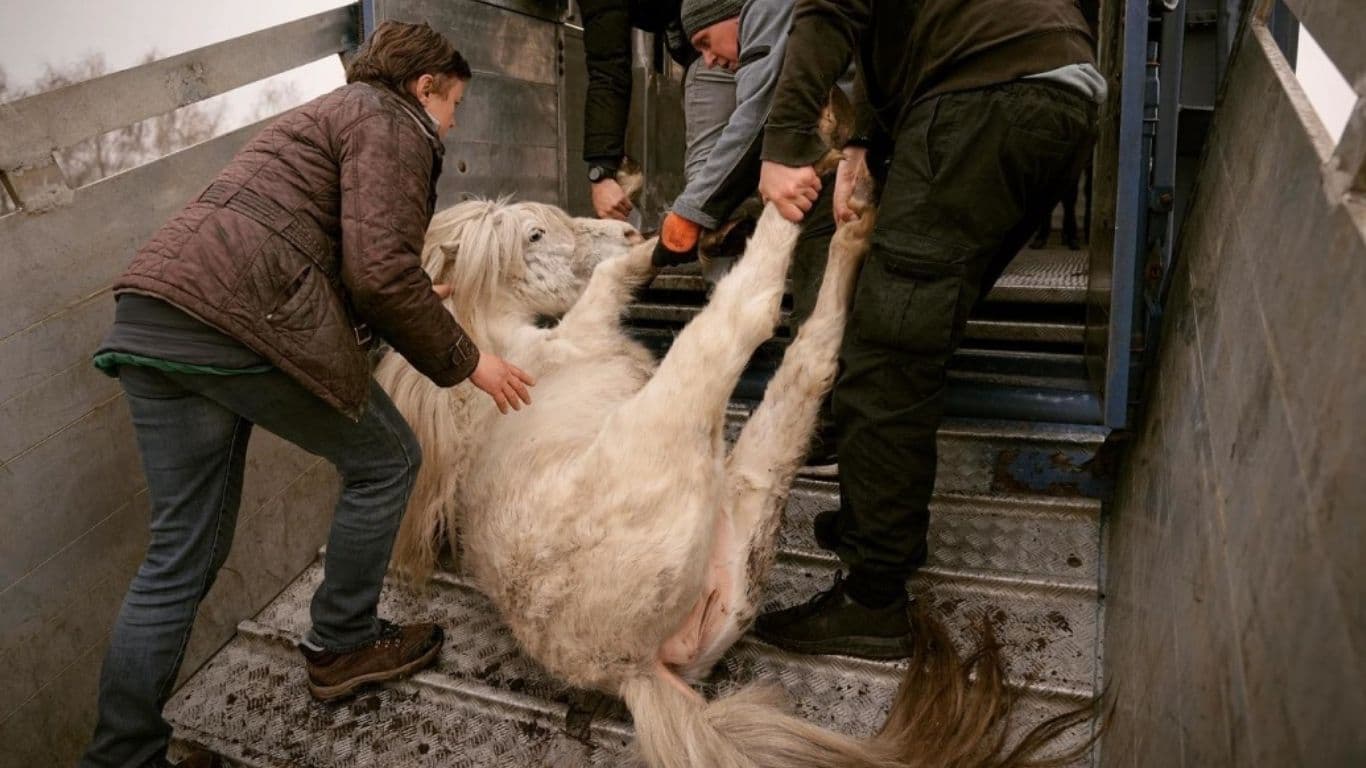 Evacuations are already underway; this poor pony collapsed from exhaustion and fear

We have agreed to join a massive rescue mission.

UAnimals has already successfully evacuated kangaroos, lions, tigers, foxes, tapirs, ostriches, buffalo, lambs, alpacas, pelicans and camels, and has the skill set to do it.

The costs involved are simply too much for UAnimals, so we agreed to ask our supporters to join in this last-ditch rescue mission to save 6,000 animals. Your donation is a way to practically help wild animals who are living in hell, with only this rescue attempt standing between them and death. 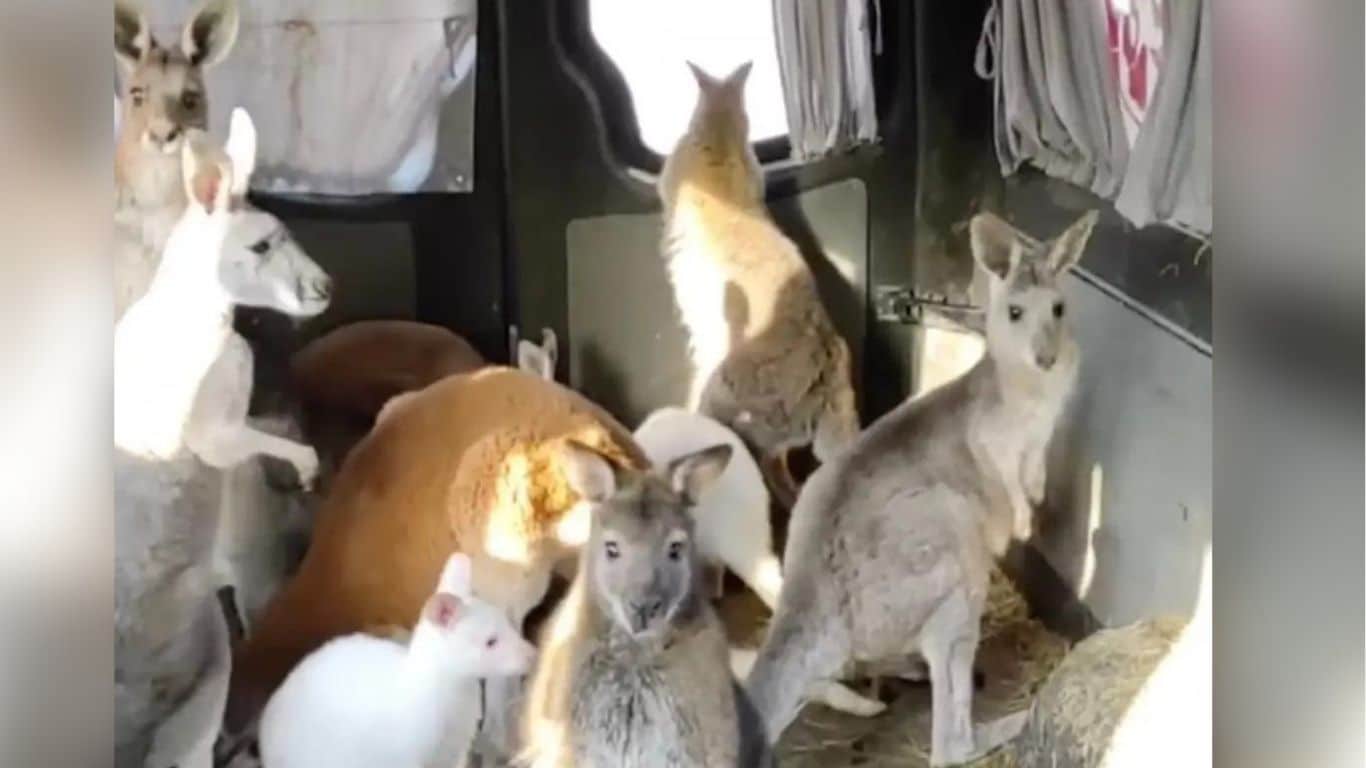 Kangaroos at the back of a van were evacuated

We promise to do everything we can to rescue as many as possible of these 6,000 traumatized animals.

UAnimals is ready to head back into the warzone in Kharkiv to evacuate more animals from the Ecopark. There is a place for the animals to go: Wild Animal Rescue, a sanctuary near Kyiv, is ready and waiting to welcome them.

But time is running out! WE MUST ACT FAST!

Every day that passes is a day closer to thousands of innocent animals being euthanized, but without the funds to evacuate and relocate them, there’s little that can be done for them.

We need your help to raise the funds needed
to join a full-scale rescue mission.

We MUST get the funds to UAnimals quickly so they can conduct as many rescue journeys as possible to save as many wild animals as they can. 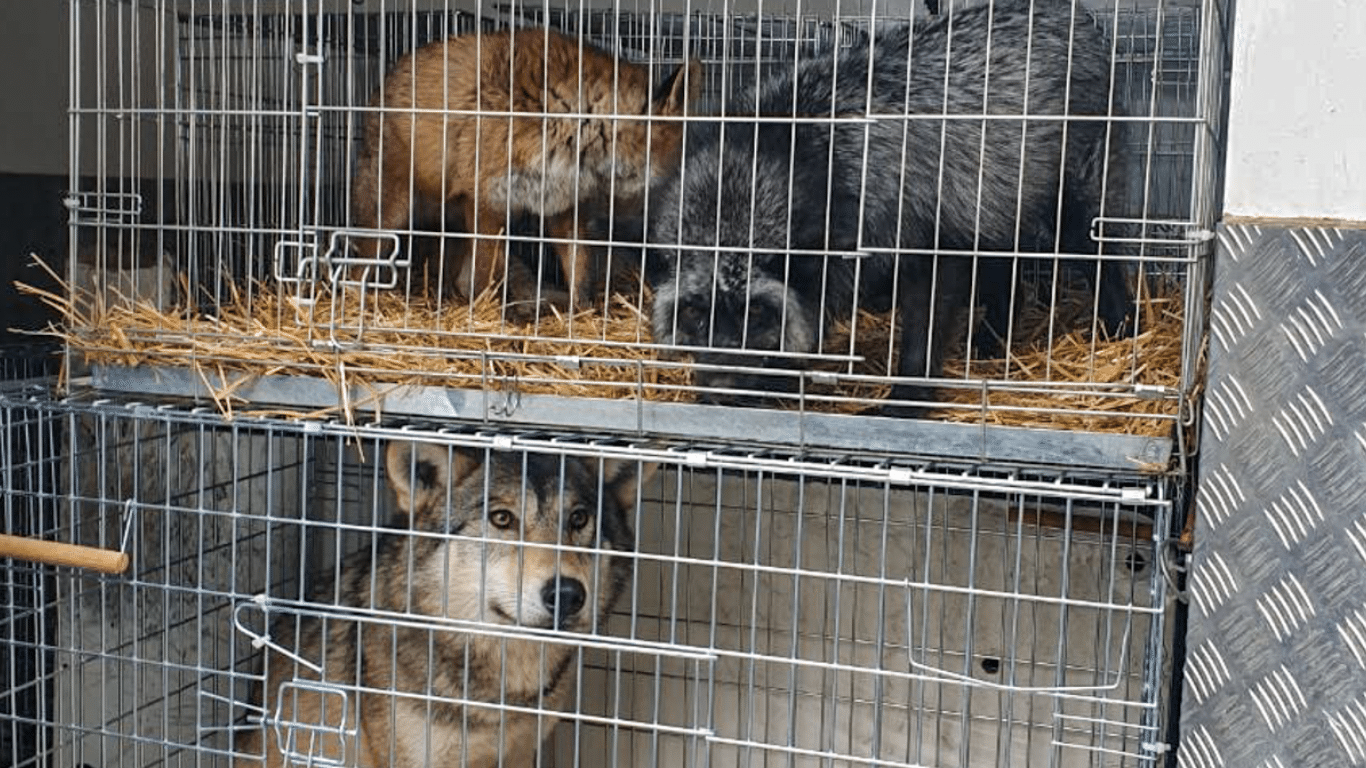 A wolf and foxes ready to be evacuated

Whenever there is a threat to animals’ survival, ASI will do everything in its power to help. Despite our fundamental opposition to zoos, we will never ignore or abandon an animal in dire need. We must ask you, in this time of tremendous crisis, to help us save the animals of the Feldman Ecopark and to get them to a safe haven.

P.S We cannot help to rescue these animals alone. We need to be able to count on your support. Please, donate today to help us prevent the mass euthanasia of traumatized wild animals.

I am with you! Please ACT IMMEDIATELY to implement your plan to head off the MASS EUTHANASIA of 6,000 starving and terrorized zoo animals at Ecopark in Kharkiv, Ukraine, and transport them TO SAFETY at the Wild Animal Rescue sanctuary. I recognize that it is a massive undertaking but otherwise, all 6,000 animals will be KILLED! Please do everything you can to SAVE AS MANY AS POSSIBLE!

Put my donation today towards this extraordinary rescue! 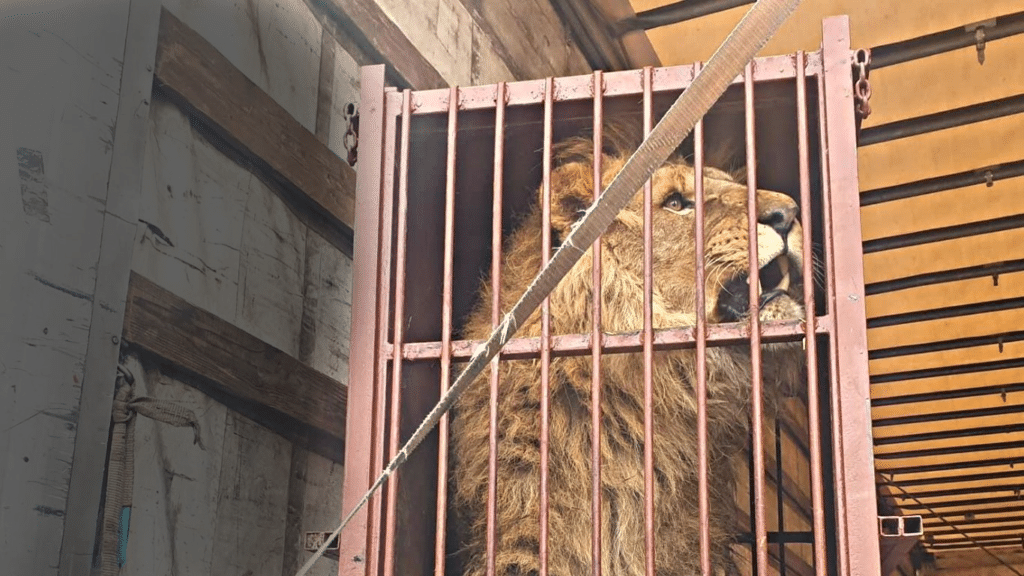