Butchered for bushmeat, tortured for phony medicines and exploited for fetish beliefs…

Royal pythons are being wiped out for the pet trade. Imagine being trapped inside a tiny glass tank for the rest of your days. Would you call this a life? Royal pythons are suffering. It’s time to end this abhorrent cruelty!

Royal pythons, also known as Ball pythons, are not just traded as pets. They are butchered for bushmeat, tortured for phony medicines and exploited for fetish beliefs. A traditional medicine market in Togo revealed that pythons are among the most profitable wild animal derivatives sold there – both whole and for parts such as their blood, intestines, scales and tails.

Three million snakes are traded each year!
Over 100,000 die in transit and 75% within their first year in captivity! 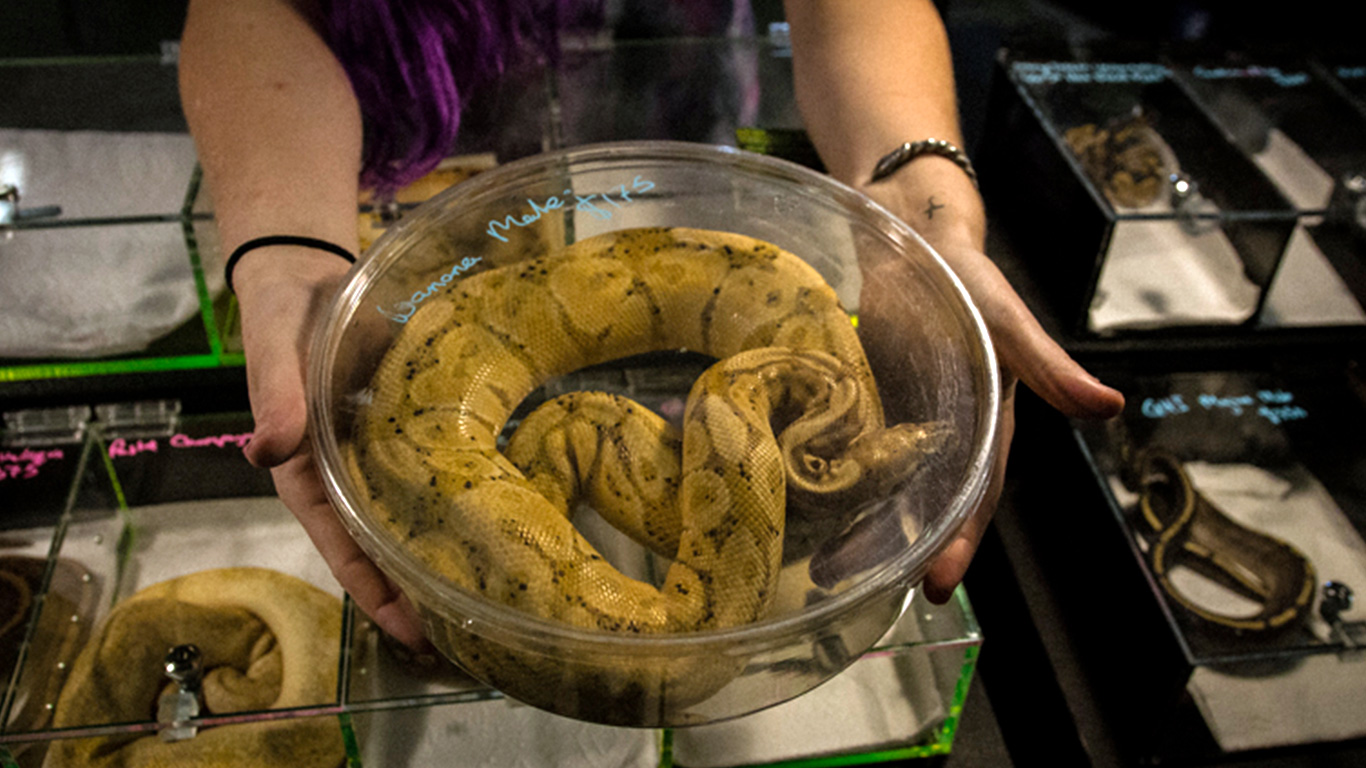 The Royal pythons’ beauty make them particularly desirable targets. Their docile natures and beautiful patterns have created a surge in demand with the United States. The scale of tragedy these meek and mild reptiles endure is unimaginable.

Their export from Africa for the exotic pet industry is dirty business and results in enormous suffering.

Shocking photos show how Royal pythons are snatched from the wild and abused at every stage of their cruel journey – from their capture and inhumane transport to their short, grim lives in captivity. Hunters rip pythons from their burrows, often causing serious injuries, before stuffing them into sacks, often with many other snakes. For solitary animals, this process is extremely harrowing.

Pregnant Royal pythons, hatchlings and clutches of eggs are especially targeted and kept in ranches so that live babies can be exported, sold to wholesalers, pet stores, or directly to buyers.

Row after row of pythons trapped in tiny, cramped tanks and jars are stuffed into giant warehouses, to be browsed and handled like products on a shelf. Most die. 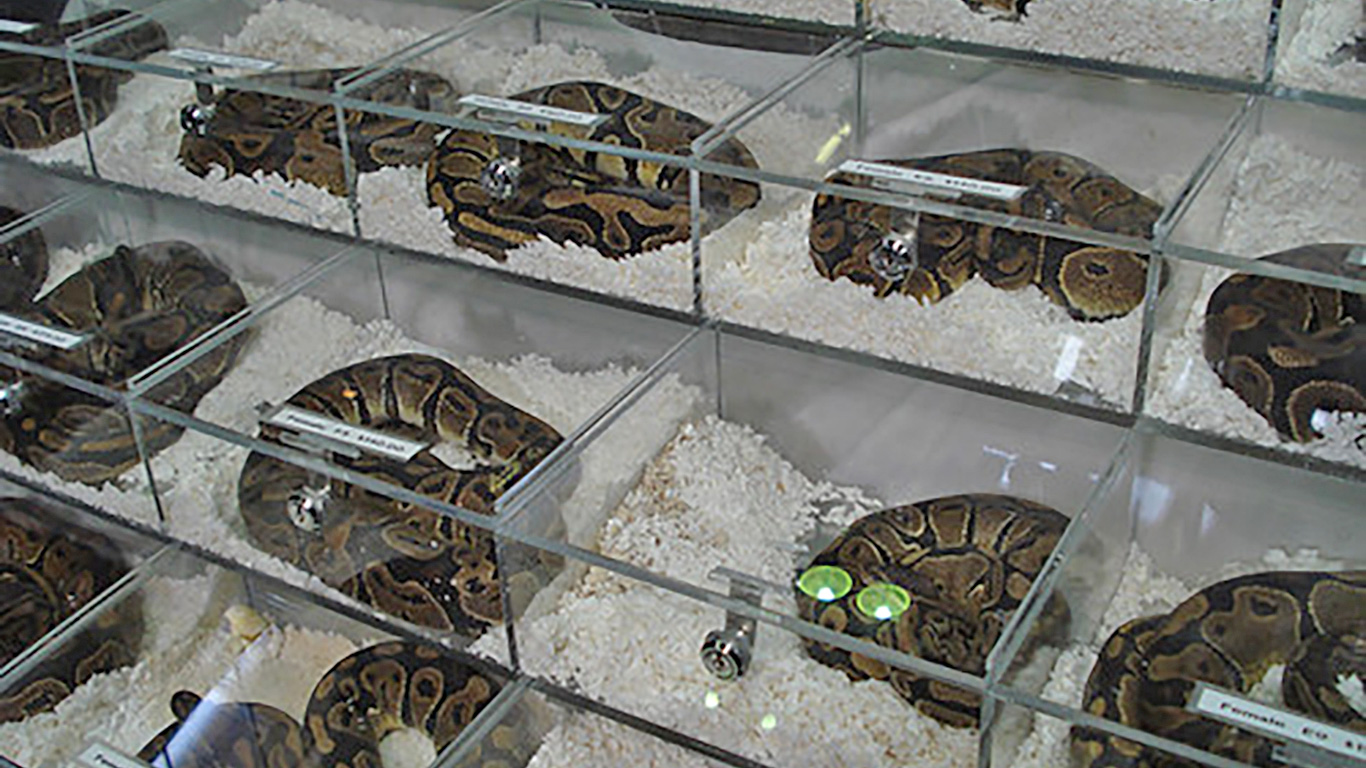 We have seen the scale of destruction first-hand and it is horrifying. But with your support today, we have an opportunity to shed light on their suffering and call on governments, organizations and nations to unite to end the global wildlife trade of Royal pythons.

It is clear that the plight of the Royal python is slipping through the cracks, we demand they have more protection immediately.

In recent years, scientists have discovered that, just like warm-blooded animals, snakes suffer from anxiety, stress, distress, excitement, fear, frustration, pain and suffering. The inability to hide from perceived threats adds to a snake’s mental anguish, and many experience trauma due to failed escape attempts, the inability to explore, properly regulate their body temperature, or eat a natural and balanced diet.

They are also incubators for zoonotic diseases!

Beyond the terrible suffering of Royal pythons, their global trade is a ticking time bomb for people too. Snakes are hotbeds for outbreaks like salmonella, West Nile virus and tick-borne diseases. Royal pythons coming from their native habitats could be coming with an entire suite of potential pathogens that we have no idea about.

A 2017 outbreak of salmonella in the U.S. was traced to Royal pythons, infecting several children!

We need to act right now, or the Royal python will face a slippery slope to its demise. Support the Animal Survival International (formerly Political Animal Lobby) and let us fight to bring an end to this suffering forever.  Royal pythons are wild creatures, not commodities. The time to act is now!

P.S. A life as a pet is a life sentence of suffering for Royal pythons. These reptiles are wild animals and belong in the wild, not in our homes. Please donate generously today so we can work towards saving this species in the wild.

Butchered for bushmeat, tortured for phony medicines and exploited for fetish beliefs…

A life as a pet is a life sentence of suffering for Royal pythons. Please donate generously today so we can work towards saving this species in the wild. 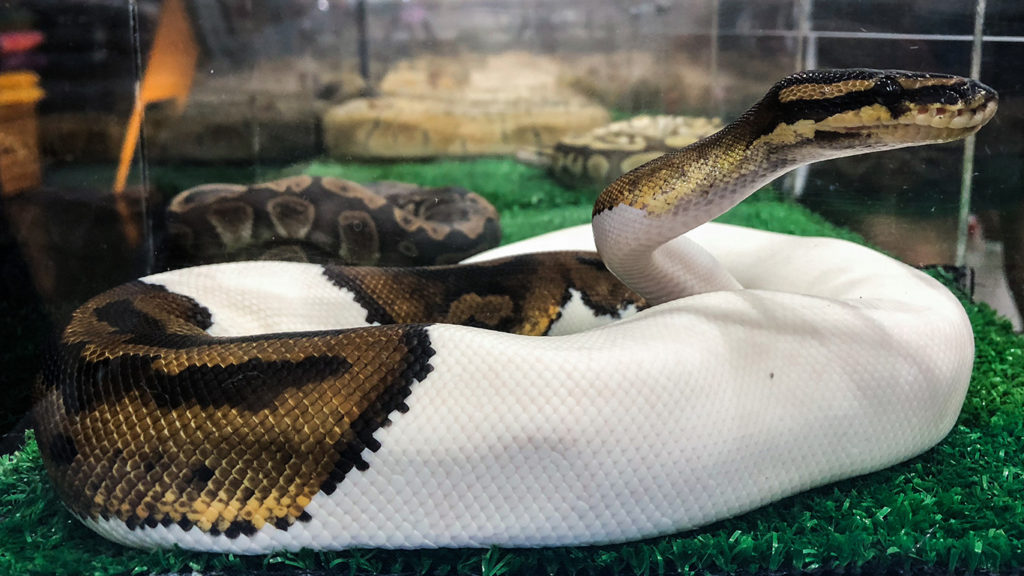