Plastic waste is destroying marine life on a massive scale with devastating consequences for the entire world. The scale of the problem is huge. In one area of the Pacific Ocean alone there is a great wadge of plastic measuring an astounding 1,000 square miles (1.6-million square kilometers).

And, the problem is getting worse every day.

We must do everything we can to protect our oceans and the marine creatures, large and small that are being destroyed by pollution! 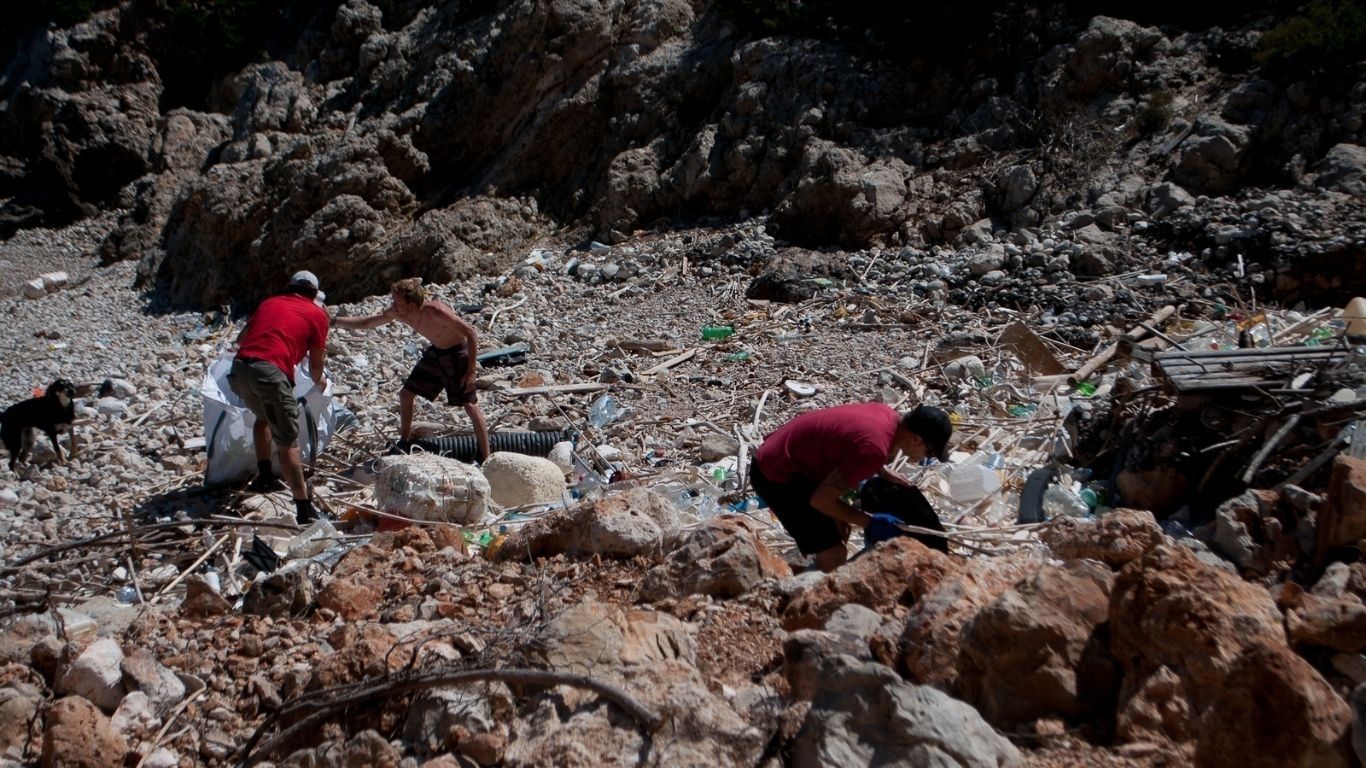 Henry Ford is famous for saying that nothing is particularly hard if you divide it into small jobs. Well, we listened to Henry and we want to bring you both good and bad news. No single organization can tackle an area of a thousand square miles, but we can tackle smaller areas and choose those where our endeavours will make a real difference.

The good news is that we have already begun – but we could sure use your support! 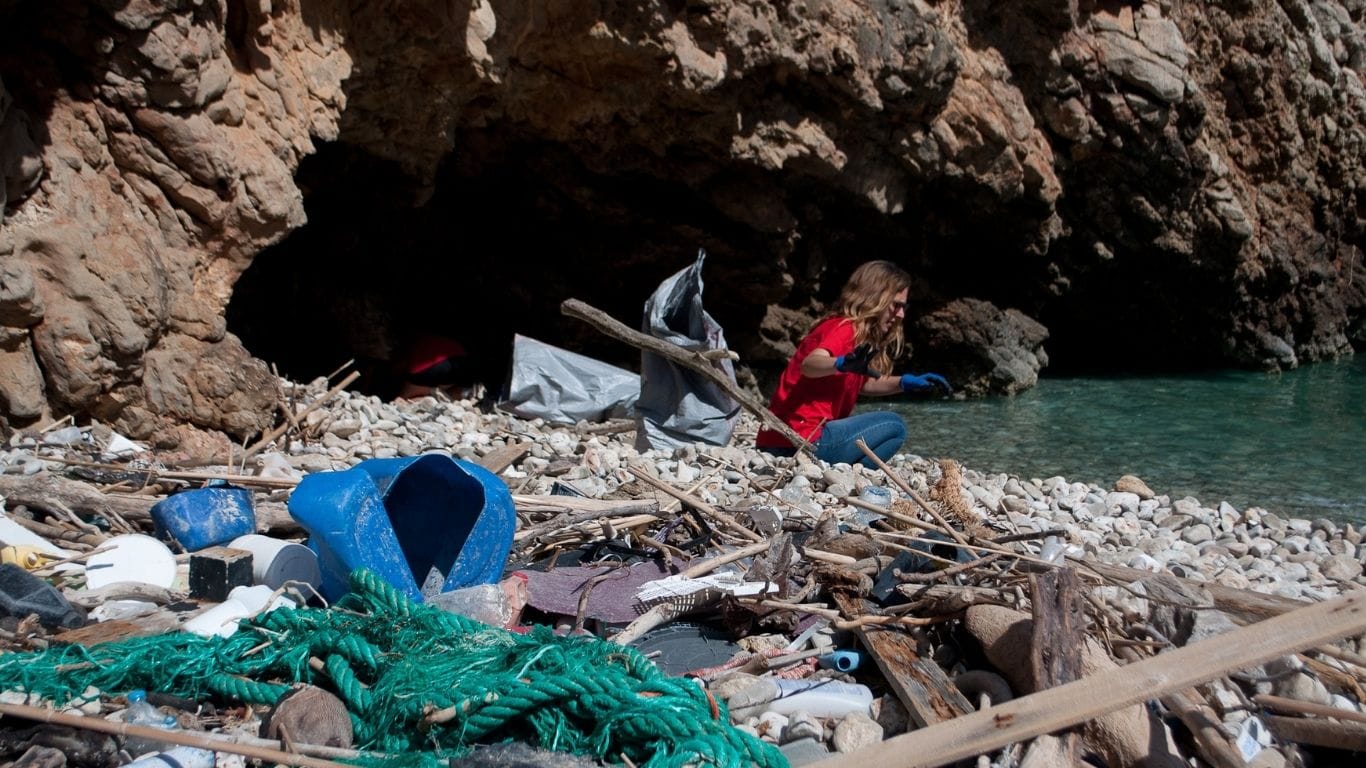 Our starting point is the beaches and sea around the Greek island of Kefalonia. These waters are home to Mediterranean monk seals, one of the world’s most endangered mammals. There are only some 450 of these seals left and between 200 and 250 of them live in waters around Kefalonia and nearby islands.

Not that long ago, the seals were commonly seen sunning themselves on beaches and coves in the north of Kefalonia; today that is a very rare sight. Plastic debris is one of the reasons.

Plastic is choking the beaches and polluting the sea, destroying the habitat of all marine life. 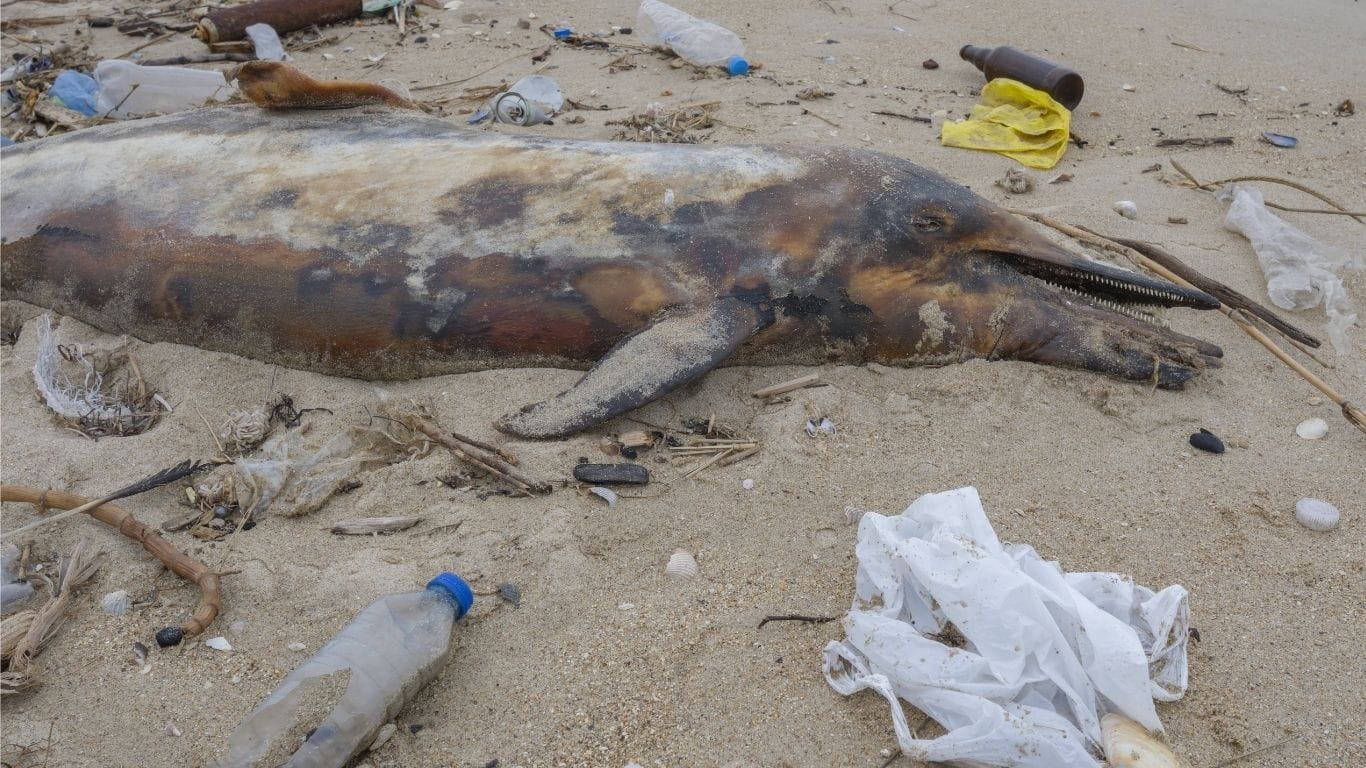 It’s not just seals and dolphins who are victims, all marine life is suffering. Even coral reefs are dying and all over the globe, decaying plastic is leaking toxins into the water.

In Kefalonia, local conservationists say that over the past five years, even the humble sea cucumber has seen a dramatic drop in numbers, along with sea anemones and starfish.

In a crisis like this you can either stand to one side and hope someone else sorts out the mess before the oceans die, or you can get involved and help solve the problem.

We know what our supporters would want us to do and so we decided to start a clean-up of the sea and isolated beaches where seals might go. Because these beaches are only accessible from the sea, it was not an easy task. Our team consisted of divers and boats and a lot of dedicated volunteers.

Now for the bad news. In one day, our team cleaned 1,000 pounds of mostly plastic rubbish from three beaches and underwater locations and the task is not over yet.

1,000 POUNDS OF DECAYING PLASTIC IN ONE DAY! Can you imagine the harm being done to everything from crabs to dolphins and seals because of this dreadful pollution! 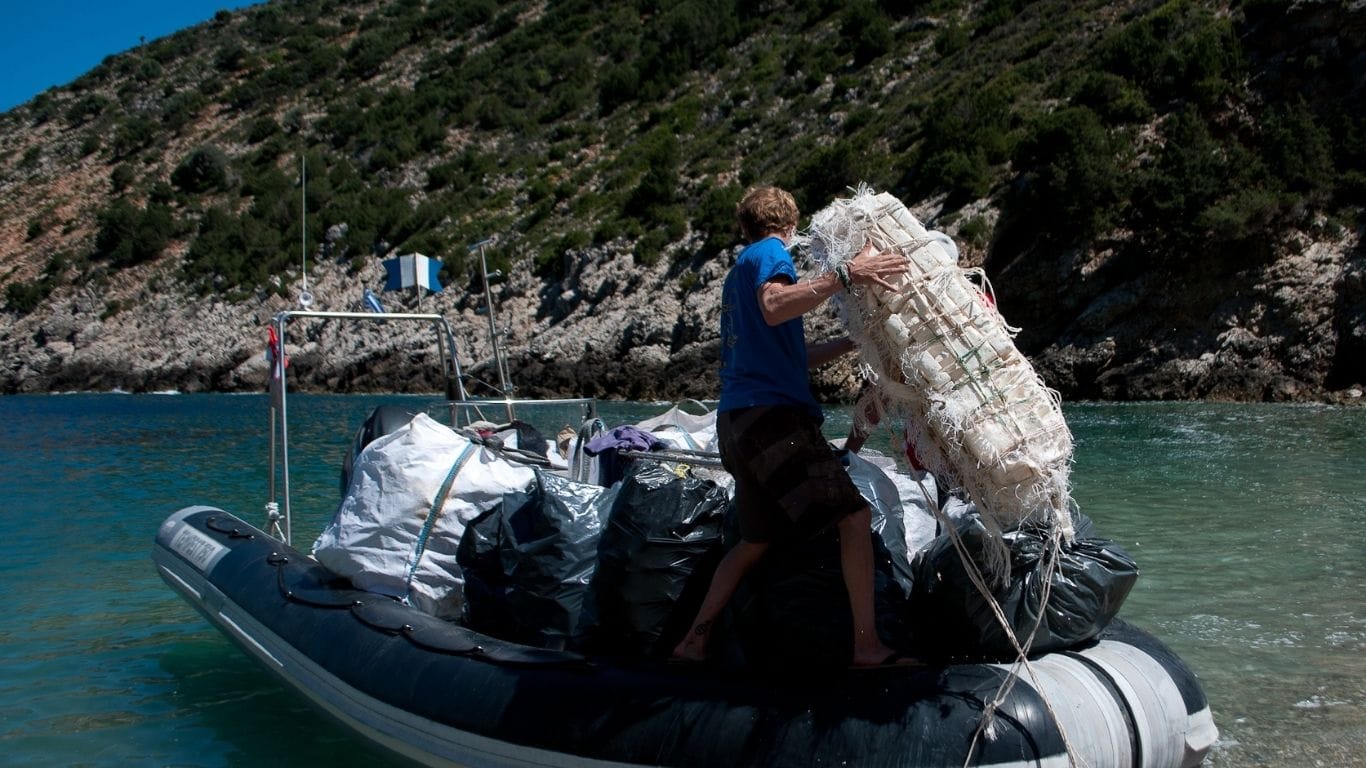 The enormity of the problem becomes even clearer if you factor in that much of the plastic was Styrofoam or polystyrene, which is very light and breaks down to smaller and smaller pieces that eventually end up inside a fish which gets eaten by a bigger fish, which gets eaten by humans. It almost goes without saying that scientists are discovering that for human beings to consume micro pieces of plastic can have very serious health consequences.

Marine life needs us to continue with this clean-up campaign and expand it if possible. But we need your help.

Cleaning above and below the water line is important ALL OVER THE WORLD if sea creatures are to have a chance. 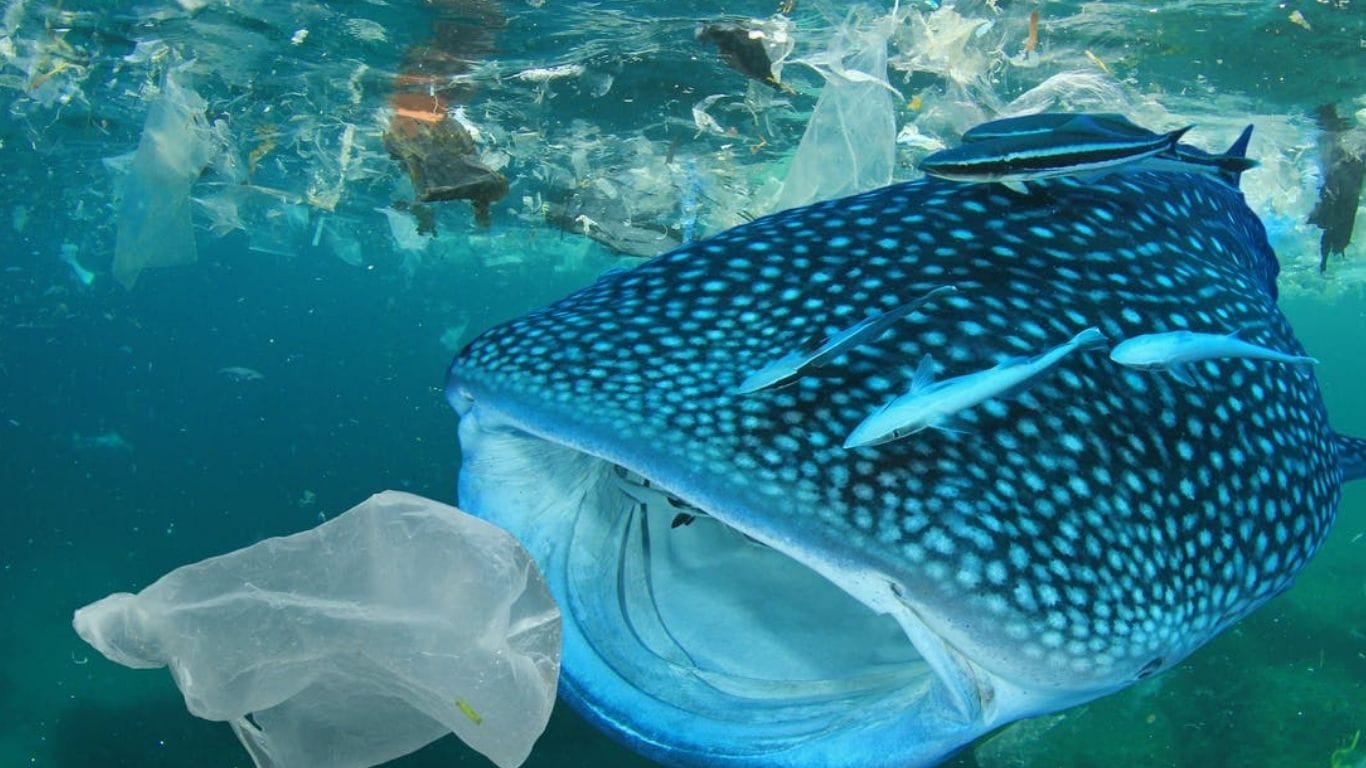 We have pledged to continue this work in Greece and if our supporters allow us to do so, we will expand the program to other places where our efforts are most needed.

Our team needs to rent boats, buy fuel and safely dispose of mountains of plastic. It’s such an important task and we can’t do it without the help of concerned people like you. If you possibly can, please donate generously right now.

Scoffers might say that the problem is too big…

We say we’ll take back the sea for sea creatures, one beach at a time and with your help, we won’t stop. Your donation will make a real difference.

We have already identified our next targets. Every bit of plastic we remove, strikes a blow for marine life. Please join us in our quest by donating today.

I am with you and agree: nothing is really hard if you divide it into small jobs. Please put my donation to use to continue your clean-up of the plastic trash that is CHOKING THE LIFE OUT of endangered Mediterranean monk seals and countless other sea creatures off the shores of Greece. Rent boats, purchase fuel and safely dispose of the KILLING TRASH. Then expand from there – one clean-up at a time! 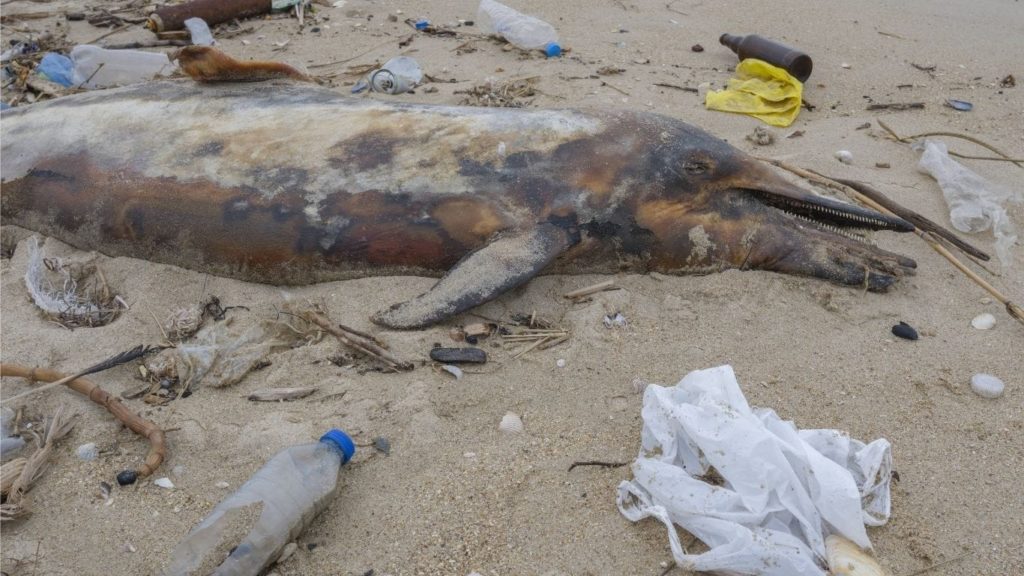 Happy the Elephant is Not a Person, New York Court Rules

Gizmodo: Hundreds of Little Blue Penguins Are Washing Up Dead in New Zealand Amid an Ocean Heatwave