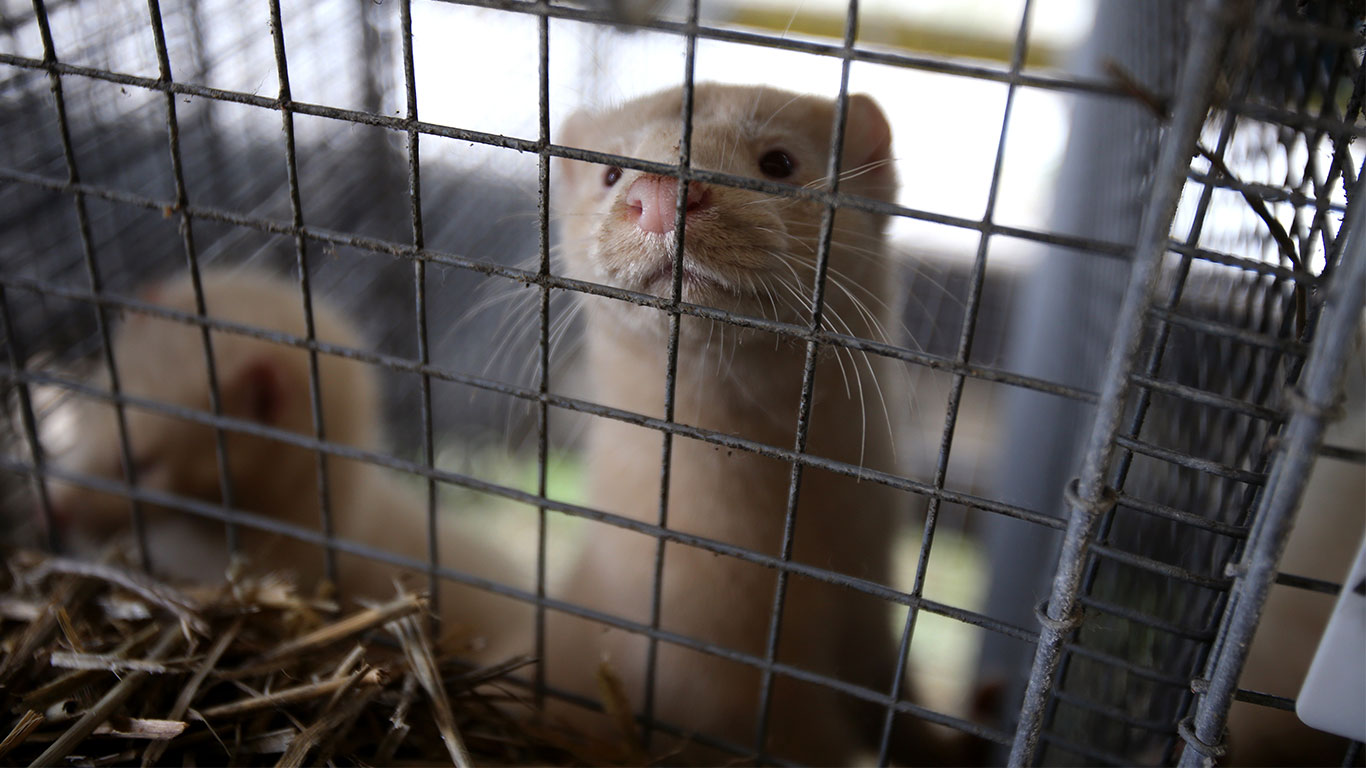 Disturbing photographs and video footage shared worldwide of mink gassed and buried in mass graves in Denmark has highlighted how little we value the lives and deaths of so-called factory farm animals.

Millions of mink have been mercilessly slaughtered at the Danish government's instruction since the start of the coronavirus pandemic. This, after a handful of cases came to light of mink infected with a mutated version of SARS-CoV-2, the virus that causes the disease COVID-19 in humans. It is believed the majority of remaining mink on farms that detected no infections have also been killed.

Despite the harrowing footage showing rows of dead mink lying stacked on their backs on wire trays, there has been little sense of remorse by Denmark for the innocent creatures who have been killed.

Whilst a similar outbreak in the Netherlands lead to the government swiftly banning mink farming in the country, and other countries including Belgium, France and Norway now following suit, Denmark appears to have no plans to outlaw the horrific practice that feeds a highly controversial industry.

The Danish prime minister, Mette Frederiksen, made no mention of regret over the animals that have died, failing to grasp the severity of cruelty the country is responsible for. In her address to the nation after visiting a closed and empty mink farm near Kolding, she was far more concerned by the knock the economy would take because of a halt in the global export of mink fur.

Denmark's mink industry produces 40 percent of the world's pelts, making Denmark the world's largest mink skins producer. According to UN data, China is by far the largest exporter of fur. Hong Kong and Russia are among the most prolific buyers.

"While we reflect on the many mink so cruelly killed during Denmark's illegal mass cull, we should also remember all the millions of other animals who are suffering on factory fur farms around the globe and regularly killed to contain epidemics," says Nicolette Peters of Animal Survival International (formerly Political Animal Lobby).

About one hundred million animals are bred and killed each year on intensive factory farms. The conditions under which animals are farmed - crowding tens of thousands of frightened souls in filthy cages - serve as amplifiers for viral pandemics. Animal protection laws fail these sentient beings dismally and, as a result, opens the potential to unleash large-scale disaster events.

Factory farm animals are often blamed for zoonotic events – and are killed in an attempt to contain the outbreak. The truth is that blame for pandemics such as the coronavirus can be placed firmly on humankind.

ASI has been ringing the alarm about the industrial farming of animals for decades.