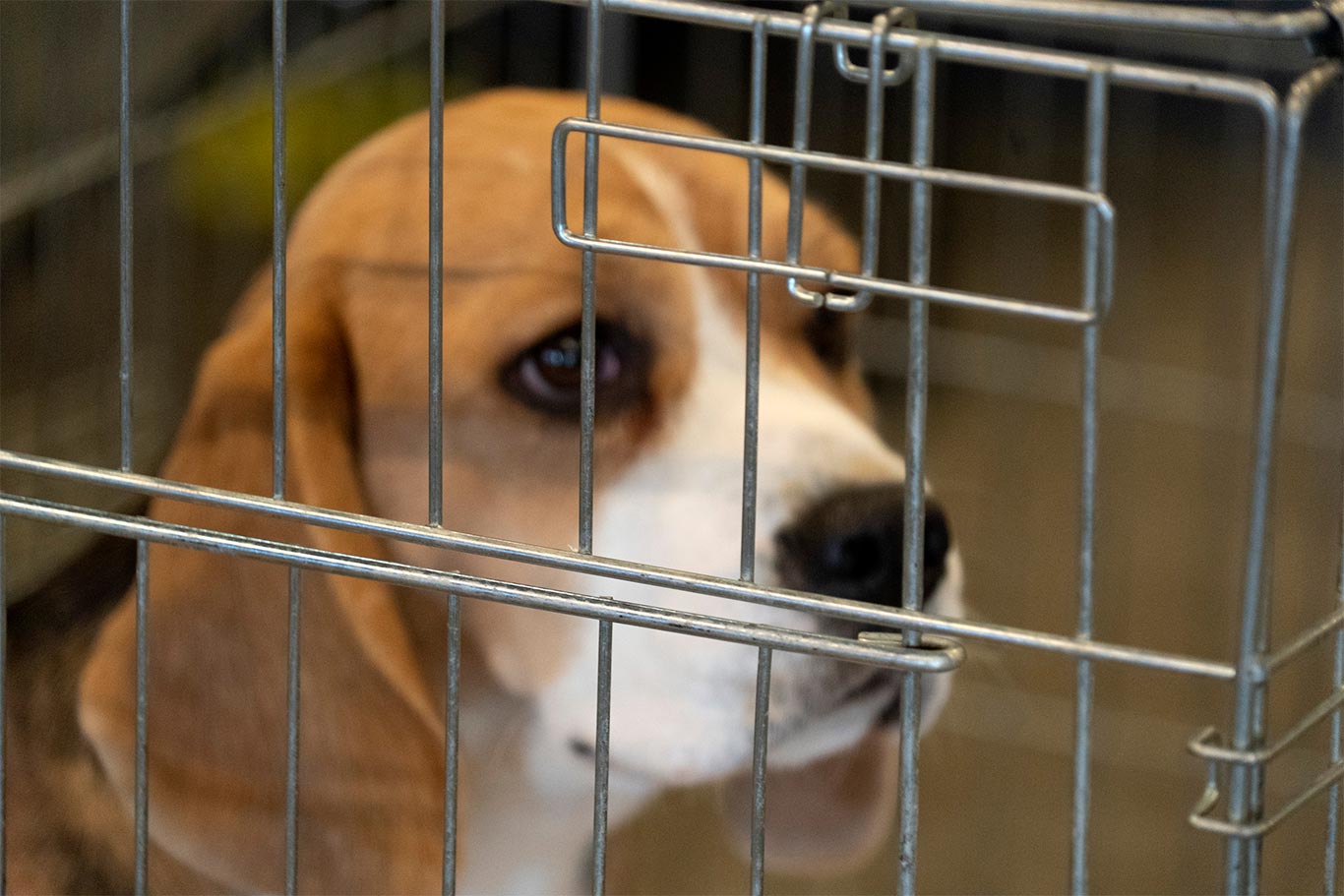 For far too long, man’s best friend has been subjected to harrowing abuse in laboratories worldwide, forced to test the safety of drugs, pesticides, medical devices, and other products.

More than 65,000 dogs are tormented in U.S. laboratories every year, locked in lonely cages, and forced to undergo invasive, painful, and often deadly experiments. It has to stop

Congress can make a significant impact on the lives of millions of laboratory dogs by challenging the FDA's 80-year-old animal testing red tape - because these tests are not just cruel to dogs, but inaccurate and expensive.

Eighteen Congress members sent a letter to the FDA demanding answers about why the agency still forces drug makers to perform agonizing and useless tests on dogs when better alternatives are available.

Led by Republican Scott Perry and Democrat Brendan Boyle, the Congress highlighted in their letter how dogs - including small puppies as young as a few weeks old - are made to ingest or inhale large doses of drugs for months on end before being killed and dissected.

White Coat Waste Project - a taxpayer watchdog group representing more than 2 million liberty-lovers and animal-lovers - recently exposed that countless dogs are abused in laboratories to satisfy archaic FDA regulations each year. Sadly, beagle and hound puppies are precisely the victims of choice because they are small, calm, and submissive.

The bipartisan coalition of lawmakers challenged the FDA's 80-year-old animal testing red tape because these tests are not just cruel to dogs, but imprecise and costly. A single dog test can cost companies over $800,000 (£605,996). And even the FDA admits that animal testing does not predict performance in humans, with nine out of 10 drugs fail in human trials after passing animal tests because they are ineffective or toxic.

“There is more than enough proof that testing on animals has no benefits,” said Nicolette Peters of ASI.

“Why sentence millions of animals to life in a laboratory cage and intentionally cause them pain, loneliness, and fear, when there are other alternatives available that would save time, money and accelerate medical innovation, without causing animals to suffer?”

Peters continued to say that many companies want to employ these alternatives and avoid wasteful dog tests, but are often rejected by the FDA - and even punished by having products stopped dead in their tracks in the approval process.

“The FDA has the authority to tear down senseless red tape at any time, sparing the lives of millions of animals and ensuring drug tests and trials are in line with 21st century standards – for the sake of the lives of animals, and the lives of humans.”

ASI hopes that Congress members will help speed this process along. In addition to the letter mentioned above, in its 2021 FDA funding bill, the House of Representatives included provisions requiring the agency to outline ways companies can currently avoid dog tests and update its related policies.